Many investors buy gold instinctively, as a long-term store of value. Charlie Morris has devised a more conventional way of assessing gold – using a tried and tested model

Many investors buy gold instinctively, as a long-term store of value. Charlie Morris has devised a more conventional way of assessing gold – using a tried and tested model 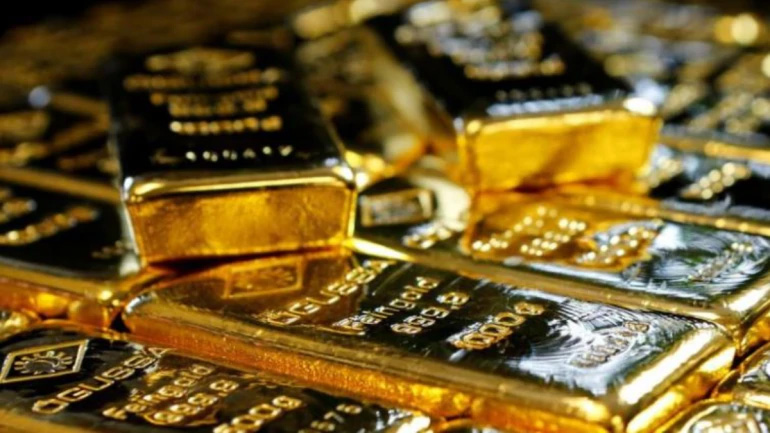 I became interested in the gold market in the late 1990s, while working at HSBC. It was an interesting time. European central banks were heavy sellers, following a two-decade slump; dot-coms were all the rage; real interest rates rose above 4%; and gold had few friends. Nothing could go right.

That’s when I first heard the expression: ‘Things are so bad they’re good.’ Sure enough, as the dot-com era crashed around us, gold started to show resilience, and by 2001, the trend turned bullish. The bull market lasted for a decade and saw the price rise seven-fold.

Riding a bull market in an alternative asset, such as gold, is very satisfying. But, like all assets, it can overshoot.

One difficulty with gold is that there are no conventional ways to measure or assess it, other than recognising it as a long-term store of value. Yet we know how it behaves. It likes real interest rates to be falling, along with the currency it is being measured in. This implies that the best possible environment for gold is when inflation is rising, interest rates are falling and the dollar is weakening.

But I was curious to quantify this and determine how much the gold price should rise when conditions are in its favour.

I answered this question several years ago by modelling gold as if it were a bond. If that were the case, what type of bond would it be? I came up with five answers:

To value gold in US dollars, I built a model of a hypothetical zero-coupon Treasury Inflation-Protected Securities (TIPS):

The number 4 is the calibration with the best fit using a regression model, and the 20-year duration derives from a volatility match. Gold’s long-term average volatility has been similar to 20-year Treasuries. It is more volatile than the 10-year, but less so than the 30-year. I overlaid the results of this calculation on top of the gold price, and it seemed to explain the trend, fair value and medium-term movements.

The fair value of gold 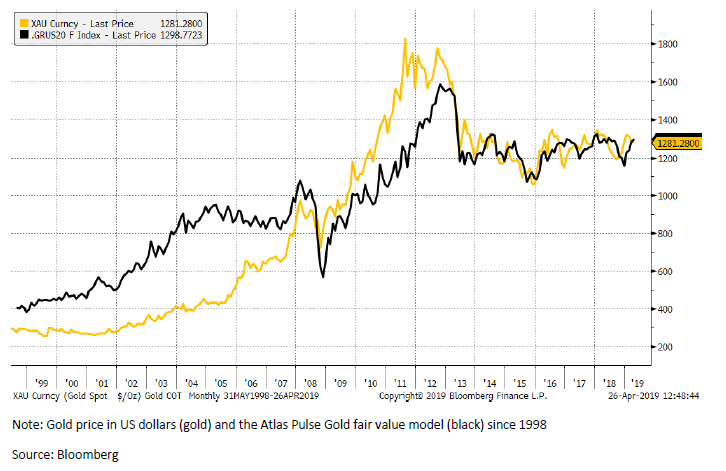 The calculations have a certain logic. Gold is a store of value so inflation is the long-term price driver. But the bond model explains medium-term price moves, because real interest rates influence gold’s present value. In essence, investors would rationally pay less for gold if they could get 6% in the bank, when inflation was 2%, than if the situation was reversed. Empirically too, the model seems to work well, especially post-2007.

While I am very fond of this model, it saddens me that I can’t see how it would have worked over the past 5,000 years for the simple reason that inflation expectations weren’t measured until 1998 – they were simply derived from TIPS prices. This is important. Inflation expectations are what people think inflation will be in the future (unknown), rather than what it has been in the past (known). Inflation expectations could be described as people’s confidence in money. If they jumped from the current rate of 2% to 4%, the gold price would almost certainly rally to around US$3,000, assuming interest rates remained constant. And that price surge would happen before the increase in inflation materialised. The mere thought that it might happen would be enough to trigger a hike in the gold price. Conversely, if people felt inflation might plunge to zero, then gold could slump to US$617.

Investors might also ask why gold didn’t follow the model pre-2007. I would say that gold was deeply undervalued at the time, having been dumped by central banks at the tail end of a 20-year bear market. It took a while for gold to catch up and it didn’t pass fair value until the 2008 crisis. In other words, it took time for investors to re-engage with a forgotten asset.

The arrival of gold-backed ETFs helped, and from 2006, gold began to play a more active role in portfolio management. Before that, gold had been a marginal asset. But the price really started to respond once it had re-entered the mainstream.

Then there was a bubble…

On 6 September 2011, gold traded at its highest premium above fair value, at 51%. That is, the price hit US$1,900 at a time when fair value was only US$1,276, according to my model. That wasn’t totally absurd, because gold’s fair value rose steadily over the following months, reaching a peak of US$1,618 by late 2012. But by then investors had collectively become exhausted and gold traded back down to reality.

Followed by a taper tantrum

In the second quarter of 2013, gold collapsed, as inflation expectations cooled and the bond yield surged. The tighter monetary environment meant cash in the bank became more attractive, and gold, less so. Having worked well between 2007 and 2013, gold has religiously followed my model ever since, with the lowest point coming in late 2015 when inflation expectations collapsed.

Gold is now in a bull market

I occasionally write about gold in Atlas Pulse, where this model was first published. Last December, I upgraded gold from neutral to a bull market (having upgraded from bear to neutral in early 2016). To my mind, gold looked – and looks – attractive, compared to a richly priced stock market, a resilient price trend in most currencies and a softening monetary outlook.

We know the world can’t stomach higher rates, as the markets crash, whenever there is fighting talk from the US Federal Reserve. We should also remember that President Trump wants easy money. Perhaps unsurprisingly, gold’s fair value has risen from US$1,155 to US$1,297 since December 2018, and the Fed hasn’t even yet cut rates. Nor has late-cycle inflation got going.

Bearing all this in mind, I currently have a high allocation to gold in my portfolios. I see a gold price that is underpinned at fair value, an asset that is out of favour, a stock market that is ahead of events and monetary easing around the corner. The outlook is bright.

When it becomes the 'thing' to own we will really see it rocket. Early days of a bull run.

I agree that gold could be a good investment at this time. Trump is just printing money and racking up huge deficits in an era when it is totally unnecessary to do so. There will be a reckoning from ignorant and irresponsible policy in the US and the markets should fall back on the tried and true...gold is golden...