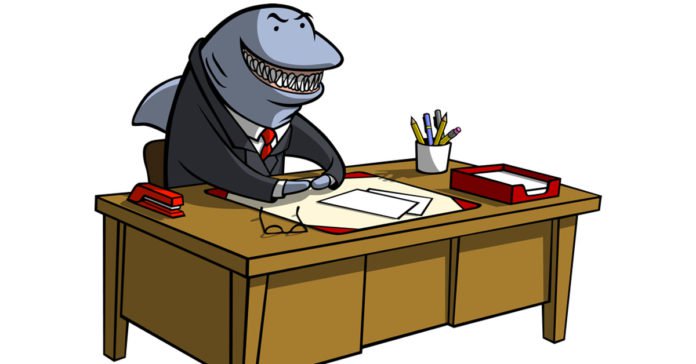 The Government has agreed to include a daily interest rate cap on loans as part of its changes to consumer credit laws.

Minister of Commerce and Consumer Affairs Kris Faafoi says under the proposal the cap would be 0.8% interest per day, which still equates to 24% in interest over a 30 day month.

The legislation already contains a limit on the total cost of credit for high-cost loans, which means the interest charged can’t be more than twice the amount initially borrowed. This would mean if someone borrows $500 they won’t have to pay back any more than $1,000 over the lifetime of the loan.

Faafoi says the decision to include the interest rate cap, which would come into effect in June 2020 if passed, is seen as a protection for people who default on their loans, or need to reduce their repayments because of unforeseen hardship. He says it means that high-cost debts can’t keep growing indefinitely.

These changes are included in the Credit Contracts Legislation Amendment Bill.

“Following public feedback on the Bill at select committee, we’ve decided to include a 0.8% per day cap on interest rates in addition to other changes which will strengthen protections for vulnerable borrowers. At the moment, high-cost credit is too easy for people in hardship to access. While this type of credit can be an immediate solution to financial problems, we know that high-cost, easy credit leads to worse problems in the long run,” he says.

Faafoi says the new interest rate cap adds a limit on how much a lender can charge borrowers, right from the start of a loan, and therefore reduces the dollar amount of regular repayments.

"As it stands, the new law is overly complex and full of loopholes and the strong expert consensus is that an interest rate cap is a bottom line to make this legislation work,” Barnett said

He said he had no problem in principle with changing the Credit Contracts and Consumer Finance Act.

“Fundamentally we’re not saying the amendments are a bad thing to be doing, but they aren’t going far enough. The law has to be clear for consumers so they know when they’ve entered into agreement, what’s reasonable and what’s not and when the law has been breached.”

But Faafoi defended the lack of an interest rate cap at the time and said he had looked at the feasibility of having a maximum interest rate and fees that could be charged per annum by lenders in interest and fees as suggested by FinCap and Community Law Canterbury.

Faafoi said international experience suggested an interest rate cap would be counter-productive and instead having a maximum total amount that can be charged in interest and fees on a single loan was more practical.

However, Faafoi has now decided to take on board the thoughts of some submitters and the Credit Contracts Legislation Amendment Bill will now include both the cap on the amount of interest that can be charged on a loan per day, on top of the planned 100% limit on how much can be charged over the life of a loan.

Faafoi's announcement has been cautiously welcomed by Barnett who says if the change is to make a difference it is vital that the 0.8% rate will be simple interest - i.e. 292% per annum.

"That's still a high rate but it will take the most predatory debt products out of the market. FinCap advocated for a lower interest rate cap of 50% per annum. The critical detail is that the rate is not allowed to be a compounding rate, if it is then lenders will still be able to charge rates in excess of 1000% per annum and very little will change for our most vulnerable borrowers and their children. High cost short term lending take around $120m a year out of the pockets of low income New Zealanders."

Also under the changes all mobile traders who sell goods on credit will be subject to the responsible lending and disclosure obligations of the legislation. This is designed to cover ‘truck shops’ which often sell goods on credit at inflated prices, especially in low-income areas.

“While most mobile traders are already subject to some regulation, some are not. We believe all mobile traders who sell goods on credit should be subject to the same levels of disclosure and responsible lending requirements – including affordability checks - before credit is given,” Faafoi says.

Public feedback also called for lenders to provide clients who fall behind on their loan repayments with information about financial support services.

The Credit Contracts and Consumer Finance Amendment Bill had its first reading in April and Faafoi says he hopes to see it passed by the end of year so it can come into effect in stages, starting from March 2020.

Faafoi first announced the changes to the Credit Contracts and Consumer Finance Act (CCCFA) in October last year which he said were designed to crack down on predatory lending practices. It followed a review of the consumer credit laws by the Ministry of Business, Innovation and Employment (MBIE).

Excellent news ........... now we need to have RECKLESS LENDING LAWS to stop loan sharks lending to folk who will never be able to service or repay the debt .

And its quite simple , if at the date of default , the lender cannot show proper detailed research into the borrowers ability to pay when the loan was taken , then the lender cannot seek redress through the legal system for default .

If the borrower is dishonest in his application thats entirely a different matter , but these loan sharks are willfully lending to the very poorest folk who oftentimes have very limited financial literacy , and no clue what they are getting into

At least the one week loans with 50% interest per week won't be legal anymore. It's still very expensive, and in a way this legitimises high interest lending. It's still better than no limit though.

And how will the lenders and borrowers respond to the law change? Unfortunately, there will always be people who want credit but can cannot get it at more reputable places. Will they now just not want a loan? More likely they will get a loan from a real loan shark where if he or she misses a payment his kneecaps are broken.

Okay, so the registered loan providers will no longer loan as the risk is not rewarded. So where do these borrowers now go? The underworld that’s where. Payup or get a beating. Always think of the unintended consequences.

OH look another Labour ambulance parked at the bottom of another cliff.