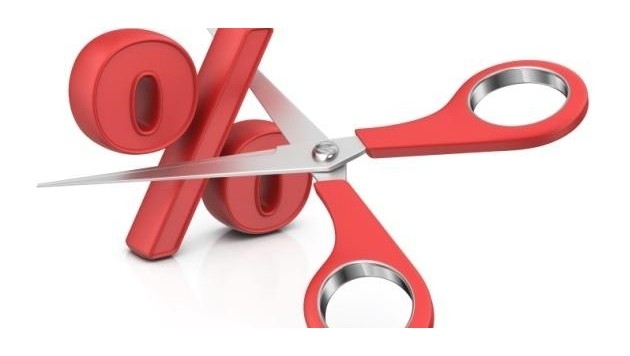 The Reserve Bank last week said it would roll-out the FLP in December, with up to $28 billion of funding available to banks priced at the 0.25% Official Cash Rate. The announcement gave few specifics on the FLP, with details of operations, including terms and conditions, to be made available "in coming weeks."

The latest Reserve Bank statistics show that, as of the end of September, just 14%, or $41 billion, of residential mortgages were floating. Almost $251 billion, or 86%, were fixed.

The relationship between bank size and the propensity to lend to small firms: New empirical evidence from a large sample

Highlights
• The debate about the role of the shape of the banking sector in causing financing constraints has been undecided, while the evidence on credit rationing for SMEs implies this is of great importance.

• In this paper the largest empirical examination hitherto existing on this question is presented, allowing to resolve the controversy.

• In careful empirical examination of 178,000 observations from the diverse US banking sector, it is shown that large banks tend to lend to large firms, and small banks only tend to lend to small firms.

• Generalising from this large study of the largest banking system in the world, a policy implication is that in highly concentrated banking systems consisting only of a few large banks we cannot expect sufficient small firm funding. This implies the need to reform the structure.

Just can someone tell me WHY we need cheaper mortgage rates??
The only thing driving prices higher is fact that banks can lend the extra needed to fund the purchase
And they can do so only because potential purchaser is calculated to be able to "afford" the repayments at a lower rate of interest. At base, this is the driver of higher prices. So, IF you want to stop prices going up, STOP lowering credit cost. Except of course the top 50% are all decision makers are bothered about and they do v well thank you from more debt for longer.
Just remind me where evidence is for this BS idea that confidence to spend correlates with equity in house going up? Sounds like trickle down drivel to me and about as evidenced.
Jacinda meanwhile crying over Maori and Pasifika suffering crap housing for 3 years whilst not allowing government to print money to simply build housing needed at minuscule rate of interest, instead defers to RBNZ to print billions in QE to (along with no LVR) give to leveraged owners. V socialist of her

It's even worse than that, it's literally the only thing allowing new entrants to jump onto the bottom wrung of the ladder as they suddenly are able to afford those million dollar houses on McDonalds wages with 30-50 year terms...

It's even worse than that - the 'bottom rung' which was do-ups and crapshacks 35 minutes out of town are gone, having been 'done up' and flipped for tax-free gains - to the extent that bottom rung no longer exists and now a two bedroom attached townhouse on the edge of the district requiring a 30 year mortgage and record-low servicing costs and an associated mega-commute are now the new 'bottom rung' for anyone shopping without parental help. Wellness, though! and ummm.... livable city?

Why should interest rates be high? The idea of making money by just having money doesn’t seem fair either. Building more houses and sorting out the cost of building will control inflation.

A lot of elderly rely on TD rates for their discretionary income so increasing OCR by 5 or 6% would help improve their standard of living.

That would be too greedy, 5 to 6% on a couple of hundred thousand in savings would pay for a cruise each year. Not too much to ask for in retirement.

Instead the taxpayer has to pay , potentially needing to rise the super rate, or more subsidies, like the winter power subsidy.

Having low interest rates and encouraging borrowing and spending, instead of saving, is not a good lesson to be teaching our children.

Supposedly it is for business lending. But how much business lending do banks do for small businesses that need it?
I guess it helps those already with a mortgage, but they would need to renegotiate their rates. I wonder what interest rates some people are still on? Wonder how many are still on a rate over 5% fixed?

I will haggle a lower rate when my mortgage floats in January and hope to save approx. $16k in interest costs. I will be spending this on a holiday in NZ.

It is a bit odd, how much cheaper fixed is compared with floating. And personally a bit annoying as I try to figure out the best way to structure the last few years of our current mortgage -- would certainly be easier just to float if that didn't involve paying 60% more interest!

When we thought the world was flat cartographers put dragons around the edges of maps, I wonder what dragons are out there today?

Banks offering lower floating rates is 'bad business' for two reasons:
1. The fixed rate agreement protects the bank from a wave of defaults if rates rise rapidly as rises are not typically passed to customers immediately.
2. No one refinances banks for a floating rate because fixed rates are still nominally lower and the cost of switching banks (e.g. legal fees) is prohibitive.

Marginally banks earn more on floating loans because they are higher risk products. It seems like people forget that historically rates move in both directions.

So the poor banks' margins are supposedly being squeezed, and their profits have reduced to just under a billion! Yet their margin on floating rates have doubled to almost 4%! Sounds like a Tui ad....

Looks like the Commerce Commission has plenty to look at after it sorts out the supermarkets...

What about credit card interest rates ? They are usurious.

It is risky unsecured debt... given write offs, frauds etc, seems fair that as an investor I am compensated. Remember no interest is paid if the balance is paid in full, as it should be. Debt should not be parked on a credit card on interest only.