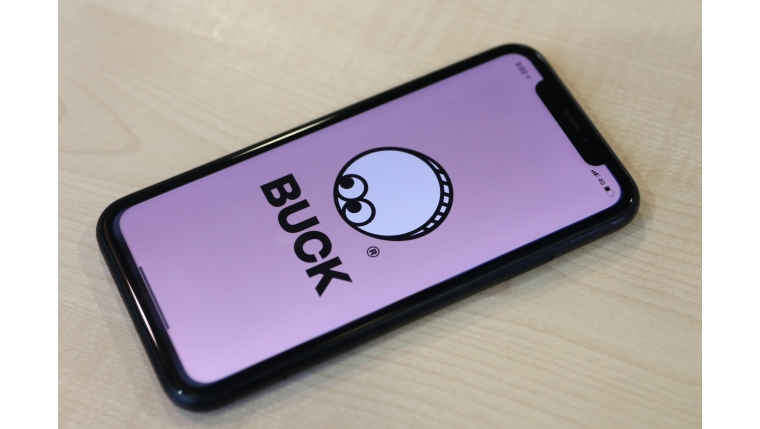 Buck, which has been under development for about three-and-a-half-years, is set for a public launch in September on Apple's iOS and Google's Android mobile operating systems.

"We're increasingly living in a world of small frequent payments to and from friends. Buck allows you and your circle of mates, colleagues and family members to send money backwards and forwards with just a few taps and swipes," says Lewis Billinghurst, the head of Red Bird Ventures.

Buck is an open banking product using Application Programming Interfaces (APIs) through open banking fintech Akahu, in which Red Bird Ventures has a 32% stake. It will be available to customers of ANZ, ASB, BNZ, The Co-operative Bank, Heartland Bank, Kiwibank, TSB and Westpac.

Billinghurst says development costs were "in the millions" of dollars, with much of the focus an anti-money laundering (AML) compliance and security.

Aside from downloading the app, customers will need a NZ bank account and ID to meet AML requirements. Billinghurst says AML compliance will be the main friction point for customers. Buck is a reporting entity under the Anti-Money Laundering and Countering Financing of Terrorism Act, supervised by the Department of Internal Affairs.

Billinghurst says Buck will be free to consumers, offering them a peer-to-peer payments option. Red Bird Investments will look to make money from Buck by commercialising it for businesses, although Billinghurst says pricing hasn't been established yet. The initial focus will be on building scale by getting user numbers as high as possible. For Westpac Billinghurst says over time Buck should have strategic value, solve friction for customers, and generate revenue.

Additional uses for Buck could include adding QR codes, and using it to help charities collect donations.

In time Billinghurst wants "to make Buck a verb," along the lines of Venmo in the US. Another similar US service is Square's Cash App, while Billinghurst also points to Paytm in India.

Here in NZ another peer-to-peer payments app, Dosh, is under development. Dosh's website says it'll be "the smart way" to send and receive money, and will operate independently from NZ banks and credit card providers. Additionally ASB offers person-to-person payments by mobile phone or email via its mobile banking app.

Billinghurst says Buck will mean people don't need to memorise their 16-digit bank account number, and then "painfully" recite it to a friend so they can pay you $4 for a coffee.

"Buck also removes the nagging worry that you'll enter someone's account number incorrectly and have the payment end up in the wrong place," he says.

"You start by linking your bank account to Buck. The app finds the contacts in your address book who also use Buck and shows you their handle and avatar. When it comes time to send someone money, all you need to do is look them up, and then enter an amount and a brief description of the payment," Billinghurst says.

"You can also request a payment from someone or split a bill among a group of friends, perfect for dividing the cost of a meal on a night out...Buck payments are fast, simple and secure and at no extra cost to users over and above their normal bank transaction fees."

Dosh co-founder James McEniery says he and fellow co-founder Shane Marsh both returned to NZ earlier this year from Singapore for Covid-19 reasons, noting New Zealanders don’t have the payments options they enjoyed in Singapore. McEniery says they're aiming for a public launch of Dosh in early October.

Dosh will enable instant payments via mobile numbers or QR codes on a smartphone, with "significantly reduced fees for retailers and the ability to earn rewards from physical stores," McEniery says.

"Paying people instantly via smartphone is commonplace around the world; there are 45 real time payments networks globally and 13 currently in production," McEniery says.

“One thing I really missed from Singapore days was the ability to pay friends instantly and purchase goods at the touch of a button via the digital wallet on my smartphone. After years away, seeing how everyday Kiwis pay and receive money seems outdated, slow, inconvenient and costly. Coming home, this really hit us as a gap in the market.”

"Dosh will be a fully integrated, instant, and secure contactless mobile payment platform benefiting all involved parties. It will be free for consumers and offer significantly lower merchant fees. New Zealand has one of the highest merchant services fees in the developed world, crippling small businesses and leading to calls for the government to regulate pricing in 2021," says McEniery.

In fact the Government moved to regulate merchant service fees in May following a pledge from the Labour Party to do so ahead of last year's election.

Doesn't sound that exciting. Another app required, alongside your banking app, just for transfers?

Wait until you try it. I think we're well behind on p2p payments. Personally I find it very useful having a method of payment to strangers (and family/friends) that doesn't require the process of registering a payee etc. It's also more secure being able to mask your bank ID etc.

Hooray one app per bank.

Hopefully we get to an agreed protocol and people can send from, or receive to, their own bank and not need a plethora of security risks on their phone.

Okay, so basically we are now catching up to other countries whom adopted this form of payment app 5 years ago? Congrats for catching up team!

I don't want an app checking out my contacts thanks...will avoid as dont send my friends money very often?

You've successfully identified this product is not for you. Congratulations I guess.

I will use the Lightning network - BTC - no need for a middleman (bank) required.

Everything in New Zealand is ten years behind the rest of the world.

Yeah, like how we adopted EFTPOS 15 years ahead of everyone else, we were actually 10 years behind at the same time.

The rest of the world uses debit cards not EFTPOS.

They weren't popular elsewhere around the world until after the EFTPOS network was already running and well-used in NZ.

Also what is the difference between a "debit" and an "EFTPOS" card? In NZ the debit cards are run by credit card issuers, but that's not necessarily the case in other countries.

The difference is that my debit card works worldwide.

Electronic Funds Transfer at Point of Sale.
The type of card is irrelevant. It is the function of electronically taking payment rather than using cash, cheques, or the old credit card invoices (SLiders)

I installed EFTPOS (or chip and pin machines as they were called) in the UK in 2004. It was a brand new concept and one that still wasn't fully used or understood when I left years later. I remember using EFTPOS in the mid-late 90s in NZ. So yeah, we were about 10-15 or so years ahead in that department.

Many other things though we are not ten years behind but 20 or 30 or even 50.

Or early adopters of ATM machines? I recall using a bank ATM im 1979,and ASB Pay to mobile for years now.

EFTPOS was a good system but when Debit Cards came along major payment processors (typically Visa or Mastercard) paid banks large amounts of money to only offer and/or promote their cards. That's why almost every bank has now gone exclusively to one payment provider while EFTPOS have been smothered and not developed to its full potential.

To be honest it's anti-competitive but generally the FMA don't seem that concerned by bad conduct by banks.

Given the history Westpac have with money transfer apps maybe we should audit it for AML/CFT compliance now instead of waiting for a random audit?

One issue with these new apps that I didn't mention in my story is we don't have real time payments in NZ yet. So that means when using them don't expect payments to be instantaneous. There's some background here - https://www.interest.co.nz/opinion/104467/fifth-and-final-part-series-new-zealands-retail-payment-systems-gareth-vaughan-lays

Thanks for the clarification. I'll re-bottle my enthusiasm!

It'll be terrific for consumers to add a BNPL feature to the app.

CBA is well behind the curve in terms of network effects of BNPL. If the shopper wants to use AfterPay, it doesn't help the merchant in any way if they're using CBA's solution. The shopper will take his or her business elsewhere.

Good move. As long as it is secure from hacking and charges are nil or very reasonable.

Banks will be obsolete for most things soon…

Making a verb lol. Can i suggest bucking? I dont want cash, I'd prefer it if you just Buck me. They might need a plural form of buck. Cactus -> cacti so maybe buck -> buckake? Sorry.. On a serious not here's a nice recent fintech trends doc from credit suisse