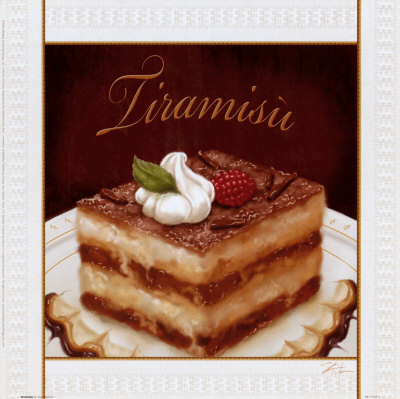 Budgeting is the starting point of any wealth creation plan and yet all but the most disciplined blow it in this department. Often, it's those miscellaneous, unanticipated expenses (or those you just don't want to know about) that can eat into an otherwise sound budget.  This personal finance story from the Globe and Mail, looks at the nine most over-looked, and under-estimated budget blowing offenders.   Among them spending on gifts, donations, booze and other "sin'' costs, kids activities and outings and vanity. Beauty has a steep price. Go Brazilian and you'll know how high. Cheaper to visit the actual country.

Finance companies tend to evoke a certain sense of fear and dread in me.  Prometheus Finance is lower than most on the quease-factor. You see this Kiwi lender has what appears to be a social conscience; it specialises in finances businesses and ventures with an environmental bent.

Our intern Hannah Lynch profiled one of their unique product offerings for us this week; the organic savings account. Interest collected across a range of term deposits at Prometheus gets pooled into this account and then 4% is donated to the Soil and Health Association, a champion of organic products and foods in New Zealand.

The feeding fund for the organic account is around NZ$1.3 million.

Savers may be able to feel good about their deposit, however the actual return is a bit thin. Prometheus' interest rates on deposits are at the low end of the scale, the range is 3.5%-4.25%. Further to that, Prometheus does not have a credit rating. Deposit takers with less aren't required to have one, so read into that what you will.

After looking at a plain vanilla fund last week, I was left craving for tiramisu. The nearest equivalents in KiwiSaver is Fidelity Option's funds.

This high performance darling has cranked out an average three-year return of 12.4%, and that's after fees.  Among its aggressive peers, we have it ranked as No.1  for the three years since March 2011.

The Options fund is one of seven KiwiSaver offerings from Fidelity.  In terms of risk, it's high. Its growth asset percentage (GAP) ratio -- our in-house way of measuring volatility -- is 100.

Conventional investment theory has it that funds that invest in growth assets (i.e. shares and property) will over-time deliver the best returns. While that assertion has been challenged recently, it would appear to hold up (thus far) with the Options Funds.

So how has it managed these mouth watering returns? As Fidelity Life CEO Milton Jennings explains in this interview with interest.co.nz, those gains have been made selling options on US 10-year government bonds.

As the fund is actively managed, its fees are higher than normal. We calculated its expense ratio (that is total fees, less tax) at 1.49%. Last week's passively managed plain vanilla was 0.70% by comparison.

When I moved here from Canada 4.5 years ago, Capital Gains Tax seemed like a foreign concept. Well more like dirty words I suppose. With Labour's announcement this week about plans to introduce a CGT if voted into power, the term has entered the daily vernacular but it's no less profane - by National's estimation anyway.

For those who missed the coverage this week, see this report by Alex Tarrant. Scroll to the bottom of the story for a full range of links and opinion.

Greek tragedies make for great reading but the real life drama that's playing out in the Eurozone is more of a horror show. (See Carmel Fisher's opinion piece on Greek debt woes here).The fate of this "canary in the coal mine" could dictate whether the world is rocked by another economic shock-wave the likes of which we have just started to recover from.

With apologies to anyone who might have posted this link already (too many comments to keep tabs on), here's a link to an indie-flick that aims to explain the backstory of how Greece fell to its sorrowful state and the role that Eurozone and the IMF played in it. Since its public release in April on You-Tube, Debtocracy, has attracted close to a million views.

Guardian Weekly's Aditya Chakrbortty, in this review, called it the "best film of Marxian economic analysis yet produced."

One to watch regardless of ideology. Hey, it's free.

If you don't have an hour plus to spare, watch this fascinating animation lecture instead on changing education paradigms. Sir Ken Robinson explains, in simple terms, why our education system is failing some of our brightest kids. A must see for educators and parents, particularly those with supposedly attention deficit disorder children.

New Zealand's CGT can be whatever we wish it too be, so all those people doing comparisons with overseas or here in the US need not bother. NZ should make it their own and if done well and properly will deliver the desired outcomes

CGT is just political nonsense. There is not point in putting bandaids on the symptoms when the root cause it being ignored ie our flawed, double leveraged money supply. A further waste of time in a depreciating market.

If it helps deter Kiwis from continaually putting all their financial eggs in the PI basket then perhaps a CGT is useful.

The issue is overpriced houses. Can't the price be reduced by aditional supply? How to create new supply in teh current market.

Provide incentives for developers who are currently sitting on vacant land to start building. Tax if this hasn't been built on by next 2-3 years.

Gee I was expecting to see some deep and meaningful insights of Brazilian monetary practice, but no I see need to re write my own personal budget to account for cosmetic demands:)

Yes, you'll do well to take a razor to your budget and ban the Brozilian Scarfie.:)

Ahh but surely you have to have some fun in life.

Next week's feature: "The economics of fun on the cusp of the next Great Depression.''

your CGT survey is as badly designed as the NZ Herald surveys...

you need another option:

"No. CGT's have not had any impact on dampening house price booms internationally, in fact there is evidence that they can boost housing bubbles."

I find the 67% support for CGT pretty damn scary