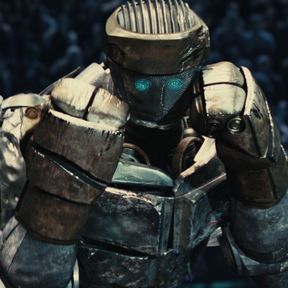 Tower Investments CEO Sam Stubbs was on the radio this morning talking about the new ESCT that kicked in this month. I've written about it several times since it was announced but this is another good reminder that, effective this month, your KiwiSavers contributions will shrink.

Previously, employer contributions were not taxed. In the May 2011 budget, National changed the rules and decided to implement the Employer Superannuation Contribution Tax. The taxation rates align with your marginal tax rate. (See IRD website here for details).

Stubbs' take home message was that KiwiSavers need to save more as a consequence. That's because in addition to the new layer of tax, member tax credits have also been halved.

So how much should you be saving?

According to Russell Investments managing director Alister Van der Maas, the "magic number" is 18% of total income. The recommendation was contained in KiwiSaver provider Aon's latest newsletter. Here's an excerpt:

In the past 12 months, KiwiSaver funds under management grew $2 billion to $11 billion, of which $950 million came through government subsidies. There is also media speculation that the government is considering life-cycle options as the default investment choice. Life cycle options are funds where investment risk-weightings decrease as members get older. AonSaver already offer these types of funds for investors to consider.

There is a magic number for how much Kiwis should be putting away each year for retirement savings, according to Russell Investments (one of AonSaver's investment managers). Alister Van der Maas, the managing director of Russell Investments, said New Zealanders should be saving 18% of their total income from the day they start working, if you want a comfortable retirement. Think about it, you could be funding your retirement for 30 years, nearly as long as your working career. So the earlier you start the less you will have to put away later!

Despite the move in Australia to purge commissions from the payment structure of the financial advisory sector, there are no plans afoot to do the same in New  Zealand, at least not for foreseeable future. (See Alex Tarrant's story on Government's response to regulatory changes in Australia here). The rationale was that new disclosure rules oblige financial advisors to spell out loud and clear how they get paid and to declare any conflicts.

For more on the new advisory regime in Australia and how it will work, see this story published in the Sydney Morning Herald.

Fear is a big driver for gold. Unsurprisingly, ever since the Global Financial Crisis, there's been a run on it. Wellington financial advisor Liz Koh, in her latest blog, cautions nervous investors about piling into it out of fear alone. (See our gold section here for news, analysis, spot prices and opinion).

The last ten years or so has without doubt been a difficult time for investors. We’ve seen the bursting of the ‘dotcom bubble’ in early 2000, the Japanese financial crisis, the effects of terrorism on market confidence, the Global Financial Crisis, the collapse of finance companies and the property market, and more recently the downfall of European economies. In the midst of this turmoil, investors sought a safe haven in the banks only to see interest rates fall. Of the four traditional asset classes of cash, fixed interest, property and shares, none has been left unaffected by adverse events.

It is little wonder then, that there is increased interest in investing in gold and silver bullion. Internet marketers have raced to develop online ‘shops’ for precious metal investments. Promoters disseminate information which taps into the two key drivers of investment behaviour: fear and greed. Their key messages are:

‘Invest in gold and silver, because we are on the verge of a global financial collapse’

‘Get in quick, because prices are going up fast’.

History shows that investments made on the basis of fear or greed are susceptible to failure because they lead to irrational behaviour, such as buying or selling at the wrong time or investing too heavily in one asset class. Fear and uncertainty make a great breeding ground for scaremongers who have an ulterior motive; to line their own pockets. Including precious metals in your portfolio, either in physical form or in paper form through an exchange traded fund, can help diversify your investments, but the two golden rules apply: don’t put too many eggs in one basket and be aware that high returns imply high risk.

If you're old enough to remember pre-Internet days, you'll recall that phone calls were a lot more expensive, particularly if placed from a hotel. To recoup some of the losses, hotels have shifted the costs to WiFi, some a lot more than others. CNN business traveller, in this colourful video, explains how price conscious travellers are holding hoteliers to account and how the smart ones (much to their credit) are keeping it affordable.

Chick flicks are banned from my male dominated household. I don't much like them anyhow but my two boys absolutely despise them and go nuts at the mere mention of Hannah Montana. A big hit in my house last week was Real Steel, hunky Hugh Jackman's latest flick about supersize combative robots. I will undoubtedly be purchasing a used copy when it goes into the sales bin at my local shop.

Here's an opportunity for a budding Einstein to make a million, US$2 million actually. The Defence Advanced Research Projects Agency (DARPA) has put out a call for the construction of Real Steel-like robots who could be deployed to take the place of soldiers. Runners-ups also qualify for $1 million prizes. (See Yahoo Finance story here for details).

Too bad my aspiring engineers are still working with Bionicle parts.

3)...Could swap the words gold and silver with...Auckland real estate.

I'm saving 20% of my income (I'm not with Kiwisaver) and intend to do this until I retire from fulltime employment at 55, I invest the money myself, inflation adjust the savings each year and so far, so good with the capital increasing around 10%+ each year including interest and additional $'s saved.  At 55 I intend to use 25% of the total capital to start up a self-sufficient lifestyle business - giving me a guaranteed income (as l will be mortgage free at this stage) and then I'll be able to live out my life doing pretty much - just as I please.  Kiwisaver is not for me (even with the incentives) as it is far too restrictive for my plan and I like the control I have over my investements (they are fairly conservative) and playing around with the financials to get the outcomes I desire for that magic date.  When I started 5 years ago I knew nothing about money, but I've read everything I could get my hands on and I'm feeling alot more confident now about the future.  Sure you can put your money into kiwisaver, do what I'm doing or hedge your bets both ways - but think of retirement as another phase to life and hopefully all going well you will have an income, be able to protect your hard-earned capital and provide for the next generation along the way.  Now I just have to live long enough to make it all happen :-)

Weka: Thank you for that. It's nice to hear about a sensible and successful savings alternative rather than the usual trashing of KiwiSaver for the sake of it. Excellent you have self-managed so well. Can you drop me an email please: amanda.morrall@interest.co.nz

Well done Weka. It takes great effort to both save and educate yourself so you can avoid the worlds of fees and commissions (and, as you note, the restrictiveness of Kiwisaver).

Weka - I am in a similar position to yourself and I retired at 50.  I wouldn't trust a  financial advisor as far as I could throw them.  As you mention it was a steep learning curve initially but well worth it.

........ did anyone hear the news overnight that the Chinese are toying with the idea of fully floating their currency , and backing the Yuan with gold ?

"did anyone hear the news overnight that the Chinese are toying with the idea of fully floating their currency , and backing the Yuan with gold ?"

Now that would be good news.

if i save 18%of my earnings'pay 17.5%tax and pay 15% gst on every thing i buy that leaves me with 2 fifths of nothing to pay for food mortgages etc.
sounds like a plan.

If consumer spending dropped 18% the hit on GDP would (all other things being equal) push the economy into recession and if sustained would probably significantly increase unemployment.