Tax sleuth Terry Baucher looks at the curious world of foreign tax trusts and how they are a legitimate means of tax avoidance for non-residents. Your view?

Tax sleuth Terry Baucher looks at the curious world of foreign tax trusts and how they are a legitimate means of tax avoidance for non-residents. Your view? 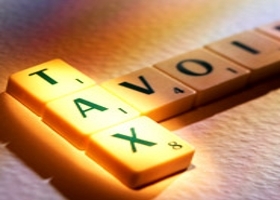 Outside Budget Day tax rarely features on prime time TV so I therefore watched with interest last week’s 60 Minutes  story on New Zealand’s foreign trust industry.  The programme contained a rather eye-opening remark by the Minister of Revenue Peter Dunne that foreign trusts represented “legitimate tax avoidance”.   The Minister’s comment, as the presenter duly pointed out, seemed to contradict his own department’s view of matters.

So is New Zealand encouraging tax evasion by citizens of other countries through the use of foreign trusts?  And what constitutes “legitimate tax avoidance”?

These topics are too big to be covered in a single column so this week I’ll look at New Zealand’s foreign trust regime and address the question of tax avoidance and tax evasion in a subsequent column.

Despite common misconceptions there is no such legal entity as a “trust” (although many tax jurisdictions, including New Zealand, recognise trusts as separate taxable entities).  A trust is best seen as a relationship between three groups of persons: the settlor, who gives or “settles” property on a trustee to hold under the terms of a trust deed for a group of beneficiaries.  Legally, the trustees are the owners of the property and will be registered as such in all legal documents.  (If you see a document declaring a property to be owned by “the ABC Trust”, call your lawyer).

The thinking behind New Zealand’s foreign trust regime can be illustrated by considering whether you would expect a person resident in, say, Peru (one of the countries mentioned in the 60 Minutes story), to pay tax to the IRD in respect of the interest earned from his Peruvian bank account? “Obviously not”, should be your answer.  So too with a “foreign trust”: the IRD is only interested in the income of a foreign trust which has a New Zealand source.

So, a non-resident can set up a New Zealand foreign trust and bingo: no tax to pay?  Not quite.  What the 60 Minutes story didn’t point out was that simply because someone in, say,  Peru has settled a foreign trust in New Zealand that doesn’t mean that person has escaped his or her Peruvian tax obligations.  The USA for example has a “Grantor Trust” regime which means that the income and assets of a Grantor Trust are attributed to the settlor for both income tax and estate tax purposes.  Quite often these reporting obligations outweigh any possible tax advantages.

Furthermore, as the Minister of Revenue announced a couple of days after the 60 Minutes story screened, New Zealand will be signing the Convention on Mutual Administration Assistance in Tax Matters.  This will allow the IRD to assist international requests for tracking tax evasion and collection of debt from absconding taxpayers.  These obligations are in addition to those existing under the 37 double tax agreements New Zealand has with other countries.  (In case you’re wondering, New Zealand doesn’t have a double tax agreement with Peru, but Peru is expected to sign the Convention in due course).

The combinations of these international obligations plus the IRD’s own powers of investigation under the various tax acts mean that someone attempting to avoid their overseas tax obligations is not out of reach just because they have settled a New Zealand foreign trust.

Why use a foreign trust?

The reasons why someone in, say, Peru, would want to make use of the New Zealand foreign trust regime are complicated but they are not necessarily tax related.  Secrecy, asset protection, lower costs and a reliable legal system are more likely.   When you consider the 20 most violent cities in the world outside those engulfed in civil war are in Latin America, the need for discretion and a safe bolthole become more apparent.  The circumstances depicted in director Tony Scott’s 2004 film Man on Fire are more common than you’d imagine.

The non-residents setting up foreign trusts are utilising New Zealand tax law quite legitimately for a variety of reasons including tax.  Unless the New Zealand based trustee companies and advisors involved with a foreign trust are not declaring their income from these activities, the IRD is not missing out on any revenue.  This is the reasoning behind why the Minister of Revenue could say that the New Zealand foreign trust regime was “legitimate tax avoidance”.

So if a New Zealand foreign trust is legitimate tax avoidance, how does that term reconcile with the IRD’s own warnings about tax avoidance?  What is the distinction between tax avoidance and tax evasion?  And is there really such a term as “tax avoision”?  I’ll discuss all these in my next column.

*Terry Baucher is managing director of Baucher Consulting Ltd, an Auckland-based tax specialist with 20 years experience. He works almost exclusively with high net worth individuals and owners of medium sized and emerging businesses.

The reasons why someone in, say, Peru, would want to make use of the New Zealand foreign trust regime are complicated but they are not necessarily tax related.  Secrecy, asset protection, lower costs and a reliable legal system are more likely.

What unbelievable nonsense.  Secrecy , lower costs asset protection - all relate straight back to paying no tax at all. That is how it works. Also one of the most obvious reasons omitted is because the funds were obtained illegally in the first place, bribes, kick backs, drug dealing/production any or all of the above.