Being Ferris Bueller; How to ruin your financial life; A blood bath for bonds?; A new day for brokers; You are what you eat

Being Ferris Bueller; How to ruin your financial life; A blood bath for bonds?; A new day for brokers; You are what you eat 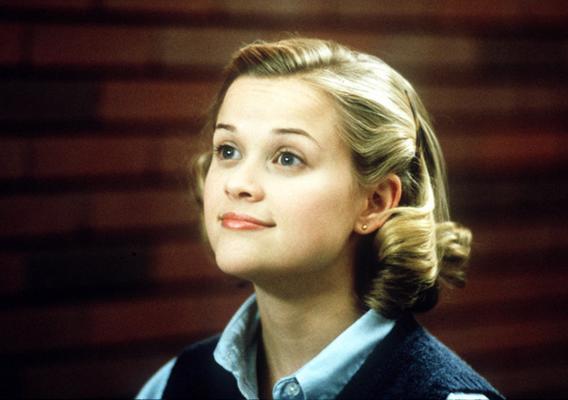 Not sure how many of our readers will remember the 1986 movie Ferris Bueller's Day Off but it's a classic. I was reminded of it after reading this piece from CNBC pointing to research that suggests the more popular kids in high school will also earn more money in adulthood.  High school was a long time ago so I can't quite remember who was hot and who was not, nor do I know the fate of many of my classmates because I've moved around so much I missed the landmark reunion party.

According to folks with the National Bureau of Economic Research, hip kids earn more because they have good social skills and know how to network.

I tend to roll my eyes at this kind of research but as I read further into the piece noted with interest the researchers' link between home life and school life and the "positive association between a warm early family environment and the number of friendship nominations given and received."

Makes sense I suppose but I'm sure there are plenty of examples of kids who came from a crappy home life and went onto achieve great things because it was also a motivator. Sir Ray Avery springs to mind. A truly remarkable story of success.

2) How to ruin your financial life

Ben Stein, U.S. actor, writer, media commentator, in his new book "How to Ruin Your Financial Life" warns Americans to get a better grip on their finances and not to count on pensions to pull them through. The Wall Street Journal, in this video interview with Stein, gets into the nitty gritty of good and bad personal finance. Stein, (who incidentally played the teacher in Ferris Bueller's Day off; "Bueller, Bueller, Bueller") cites stock picking as one of his worst mistakes.

"The data about how much you better do buying the index, rather than trying to pick stocks has become overwhelming. Index trackers  just blows away any contradictory data," he said.

Here's another piece from The Altantic where Stein talks about the need to raise taxes to balance the U.S. books and jokes about committing professional suicide for sharing his uncommon view in public.

There's a lot of talk about bond bubbles.  Monevator, in his latest blog, is more sanguine about the asset class however he highlights just how bearish some investors have become about bonds. Check out the excerpt below from Josh Brown, of The Reformed Broker, who forecasts an impending bloodbath in bonds.

There’s going to be such a brutal bond investor slaughter at some point over the next decade that the streets of Boston’s mutual fund district will run red with blood, the skies will be shot through with the lightning and thunder of unexpected capital losses and those who manage to survive will envy the dead.

Niko Kloeten, writing for Good Returns, talks to Pathfinder Asset Management's John Berry about changes in store for the advisory sector and how brokers will be forced to up their game.

Economists tend to focus more on the price of food than its nutritional value. With an increasing focus on well-being and happiness, as opposed to pure numbers, that's starting to change. Freakeconomics, on its website, links to new research in this area from economists David G. Blanchflower, Andrew J. Oswald and Sarah Stewart Brown confirming a strong link between healthy eating and well-being.

For your amusement here's Ben Stein in action delivering a riveting lecture on economics and monetary policy in the aforementioned movie. Enjoy.

great scene from FBDO. However I do prefer Spicoli in Fast Times At Ridgemont High - ordering a pizza during class... LOL

(sorry can't find a decent clip of it on youtube, for some reason they all cut off before he yells 'You Dick!")

#5 while I'm a regular commentor on diet, exercise (and never retiring), I'd like to agree with the obviousness of the Freakonomics study but also point out (as someone already has in the comments) that fruit has sucrose and anything ending in 'ose' is a sugar (which is why I had to cut down my milk intake, it has lactose. Natch) and while some fruits like apples and pears have a lot of fibre to slow down the absorption of the sugars, you would be better off and feel just as good eating 5-6 portions of veges and only 1-2 of fruit per day.

Also true is Clancys comment that it's possibly not the fruit and veg making us feel better, but substituting these foods for crappy junk food that was making us feel bad. Processed supermarket foods and Frankenfoods (Maccas, KFC, BK and the other usual suspects) have too much sodium/sugar/additives/colouring/saturated fats/preservatives/nitrates/cholesterol/hormones/antibiotics/ and god knows what else that has come out of a cow/chicken/pig after it's been stuffed through an AMR that there is no way your body can handle it properly. Neurotransmitters malfunction taking your mood (and your life-span) down with them.

Where is everyone? It's lonely in here with only me commenting. Have I scared everyone else away?

Everyone is getting all het up over the governments housing affordability thread or the apartments thread, despite there being nothing much they can do about it other than whinge, yet your great info about personal finance and wellbeing is roundly uncommented on. What's up with that?

Sorry Stan.  Got sick, then traveling, then sick again.
It's possible year end exhaustion is kicking in early.

Stan, you've been gone too long. Property is a national obsession dude. Or have you forgotten?
But thanks for your active interest and engagement in other matters. Interesting links you've been posting too.
Cheers

Property is a national obsession here too Amanda. Given it's about 30% of GDP and pretty well everyones 'wealth' is tied up in it, it's hardly surprising.

I was referring more to the rather vocal comments about John Key and National and even Auckland City Council. While it's frustrating that they can be so crap, you can actually exorcize your frustration every few years and vote for someone else (of course they end being just as frustrating).

Maybe I'm a bit more sanguine as I get older, but it seems to me the best approach to government and property is to buy a place you like as far away as you can from meddling council and government, and spend your time productively increasing your personal wealth so you can shield yourself from the stupid decisions of others (i.e. some bankster in America can make a few drunken trades overnight and that means I am paying a couple of cents more a litre for petrol!).

Self sufficiency in food, energy, and transport is a huge winner, as is being mortgage-free and having a back up emergency fund and your own investments.

At which point who gives a toss about anyones housing policy, energy prices, food costs, or what some American politician decides?

Where is everyone? It's lonely in here with only me commenting. Have I scared everyone else away?
Everyone is getting all het up over the governments housing affordability thread or the apartments thread, despite there being nothing much they can do about it other than whinge, yet your great info about personal finance and wellbeing is roundly uncommented on. What's up with that?

Oh look, there's an echo (you snuck in there as I was typing Ralph and ruined my little echo joke LOL - hello)

Oh, and I hope you get better soon. Perhaps the diet tips above might improve your health ;-)

I blame the Sydney germs.  Because as every corporate junkie knows, and something I learned from the only very large company I ever worked for ..

It doesn't matter how you play the game, it only matters how you allocate the blame.

Yes did you see Mondays Take 5 with the interesting factoids about how unhealthy the office is?

I had my boss on Friday explaining to me (at close range) that he had only managed to make it into the office all week because of a cocktail of drugs he was taking to stave off a really bad cold. I mean, hello? Eighteen sick days a year and you can't take one or two off to avoid infecting everyone else at work???

I might have to take a few days off sick with only Assassins Creed 3 to keep me company - I blame my boss.

I was in a server room in Sydney a five weeks ago with an extremely sick young woman who has been on various courses since FEB. She assured me the drugs were doing great things for her at this stage it was auto immune and she was absolutely not contagious.

Well as someone who just finished rubbard grown in his own garden - that sounds great.
As someone who had highly processed whipped cream on top - not so much!

LOL - but you still got it in one!

And I'm afraid I have a rather negative take on this whole idea that the most popular earn more. I believe within all of us the capacity to be what we would term (in our shallow moments) 'popular'. That would be to say we could be open, generous, accepting of others, humble and gentle. But two things go wrong. Many of make very poor choices and many of us are very damaged by those around us. Some of us are confronted by both.

Fortunately life is very forgiving and for most of us the opportunity to get on with it remains longer than we deserve.

You are a wise man Ralph.

There is also some research to suggest that  taller men in particular earn more....
regards

There is also some research to suggest that  taller men in particular earn more....
regards

Thnaks on the bonds, interesting....what I didnt see comment though is what if we have deflation....at that point my simplistic view of bonds suggests a decent return.
Therisk then of course is govn default.
regards