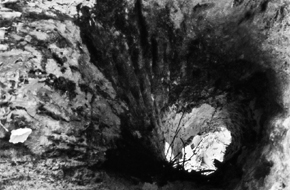 When I last wrote about Child Support in May this year I outlined the main proposals which would be implemented progressively, beginning on 1 April next year and expressed my disappointment at the lack of substantive change to the onerous penalty regime.

That, I thought, was the end of it.

But on Tuesday Revenue Minister Todd McClay announced a postponement of introduction of the reforms for 12 months until April 2015.

This was after Inland Revenue informed the Minister "that because of the complexity of the reforms it needs more time to implement the new scheme to the high standard that the government expects".

This is a surprising announcement as the introduction of the reforms has already been deferred for a year from 1 April 2013 to 1 April 2014.  The initial postponement was announced in October 2012 on the grounds it was “necessary to accommodate the bill’s legislative timeline and to allow the Inland Revenue Department sufficient time to prepare”.

A second postponement a year later, in relation to proposals which were first released in October 2011 is, quite frankly, disappointing.

Not just for the impact on the 210,000 children affected, but also for what it implies about how Inland Revenue is managing its workload.

To be fair, Child Support is in the Inland Revenue’s own words “[its] most expensive product to administer on a per person basis.”

But perhaps the further delay presents an opportunity to reconsider one of the most contentious aspects of Child Support: its penalty regime.

Only 63.4% of child support payments made during the year ended 30th June 2013 were received by the due date.

The effective annual rate for late payment penalties is 36.8%, pretty much double what applies to other taxes such as GST, PAYE and income tax. In fact, the Child Support late payment penalty system is the most penal regime Inland Revenue administers.

As the Inland Revenue’s Annual Report to 30th June 2013 reveals the harsh penalty regime means that unpaid Child Support soon piles up. As at 30th June 2013 the total amount of outstanding Child Support and penalties was $2.78 billion, up $328 million from the year before.

A scarcely credible $2.18 billion is five or more years old and $1.46 billion of that sum has been outstanding for more than ten years.

Page 66 of the Annual Report forlornly notes “we could not stop an overall growth in child support debt as a result of incremental penalties”.

In short, the present penalties system is running out of control.

The management of Child Support has wider implications. On the same day as Mr McClay’s announcement, the Treasury released its Half Year Economic and Fiscal Update (“HYEFU”).  The HYEFU’s forecast of “Other sovereign revenue” on an accrual basis includes Child Support of $608 million for the year to June 2014. According to Treasury this amount is made up of penalties on child support payments and payments to offset sole parent benefits paid to custodial parents by the Ministry of Social Development. The HYEFU estimates that actually only $237 million will be collected in the June 2014 year and also includes an impairment charge of $284 million “to better reflect what the Crown will actually receive”.

In other words the HYEFU is including income the Crown considers unlikely to ever be collected.

Clearly, the current penalty system is broken and I doubt the now deferred changes would make much difference. Some form of penalty for non-payment is appropriate but why Child Support needs a different penalty regime from that applicable elsewhere is a mystery to me.

Instead, why not use the delay to adopt the same penalty regime as now applies to late payments of GST income tax etc.?

It’s not a perfect system but when even the Inland Revenue’s best efforts are being defeated under the present regime then it’s surely time for a change.  It ought to be possible to implement such a fix within a year.  Or is the Inland Revenue so overstretched that even such a legislatively simple change is not possible?  If so then I think we have a wider problem which needs urgent attention.  I’ll leave you to ponder that over the summer.

It’s been a busy year in the tax world and next year promises to be even busier.

Tax policy looks certain to feature heavily in the run up to the General Election not just in terms of debating tax rates but also in respect of the Labour and Green Parties’ proposed comprehensive capital gains tax.

I aim to keep you updated on this and other tax matters.

In the meantime thanks to all my readers for all your comments and best wishes for Christmas and a Happy New Year.

What the IRD sent me, said that the CS regime is being changed because "it now costs more to raise children".   IRD collects compulsory amounts according to this formula ONLY for derelict parents without private agreements (ie those who dont pay anyway) and those where a custodial parent is on a government benefit.

Private agreements -can- be collected but they don't follow the formula anyway.

So the derelist and private agreements can be removed from the data set.

Leaving the welfare parents.   Speaking to some of those they hadn't heard anything about their payments being increased by WINZ.   Thus IRD are rorting (again).

The sample sheet I got sent I had to declare my income and a bunch of private asset stuff, some of which I don't have records for.    BUT I also had to _declare_ what my ex's incomes were.  I queried this with IRD who said they couldn't help with information because of privacy rules. fair enough.  So I asked my ex's.  The answer from one; "none of your business", and from the other, "I have no idea".   On bringing this up with IRD, they said they couldn't help and no I wasn't allowed to write that on the form.

So to sum up the "new" regime: IRD are making false claims about the reasons for them increasing their take, are asking for private information from me they have no reasonable right to, and trying to enforce me to provide infomation I have no legal right to have.

Sounds like business as usual down the CS office.