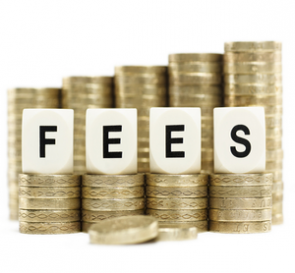 ANZ New Zealand is welcoming a victory in the High Court of Australia, the highest court in that country, for its parent in a bank fees case that is likely to have implications for New Zealand.

The Australian High Court has ruled in favour of ANZ in two appeals. Its ruling on the first appeal is that late payment fees charged by ANZ on consumer credit card accounts were not unenforceable as penalties. In the second appeal the court ruled the imposition of late payment fees did not contravene statutory prohibitions against unconscionable conduct, unjust transactions and unfair contract terms.

The Australian case over bank fees is separate, but related to the cases brought in New Zealand against bank exception fees by the Fair Play on Fees group. The New Zealand cases have been stayed pending the outcome of the Australian appeals.

"This ruling supports our view that our fees are fair, transparent and in line with industry standards. All the fees referred to are avoidable, and are not paid by the majority of our customers. Banks work hard to attract and keep their customers, and work with them to reduce their fees," an ANZ NZ spokesman told interest.co.nz.

Fair Play on Fees' action against the banks kicked off in March 2013, with cases filed against ANZ NZ, Kiwibank, Westpac NZ and BNZ on behalf of thousands of their customers. The group also pledged to sue ASB but is yet to do so.

A Westpac NZ spokesman said his bank welcomes the clarification that the Australian decision provides on the appropriateness of bank fees and will look carefully at how the decision applies in New Zealand. A Kiwibank spokeswoman said the state owned bank had no comment given the matter is still before the Courts in New Zealand.

A BNZ spokeswoman said; "The decision is a substantial one, which we are reviewing. As the claim against BNZ is still before the courts, unfortunately we are unable to comment."

Hooker is yet to respond to requests for comment.

The Australian cases, which predate the NZ action, were funded by IMF Bentham Limited. IMF Bentham says it's considering the judgment and its implications.

"We are pleased with today’s decision by the High Court confirming that our late payment fees on credit cards are legitimate and fair," Fred Ohlsson, ANZ group executive for Australia, said.

"Today’s decision by Australia’s highest court brings to an end this lengthy and expensive litigation funded by IMF Bentham Limited which we have long held was without merit. This effectively puts this lengthy legal case behind us," added Ohlsson.

Here's a statement from the High Court of Australia

Today the High Court, by majority, dismissed two appeals from the Full Court of the Federal Court of Australia. The majority of the High Court held in the first appeal that late payment fees charged by the respondent ("the Bank") on consumer credit card accounts were not unenforceable as penalties, and in the second appeal that the imposition of late payment fees did not contravene statutory prohibitions against unconscionable conduct, unjust transactions and unfair contract terms.

Mr Paciocco and the second appellant, Speedy Development Group Pty Ltd, a company controlled by Mr Paciocco, were applicants in representative proceedings commenced against the Bank in the Federal Court of Australia, in which they alleged that the late payment fees, and various other fees charged by the Bank, were unenforceable as penalties. They also claimed that the Bank engaged in unconscionable conduct under the Australian Securities and Investments Commission Act 2001 (Cth) ("ASIC Act") and the Fair Trading Act 1999 (Vic) ("FTA"), that the contracts for the accounts were made by unjust transactions under the National Credit Code (a schedule to the National Consumer Credit Protection Act 2009 (Cth)), and that the late payment fees were void as unfair terms under the ASIC Act and the FTA.

The appellants and the Bank each adduced expert evidence as to the losses suffered by the Bank upon the failure by Mr Paciocco to pay the amounts owing on the accounts by the due date. The expert retained by the appellants provided evidence of the amounts needed to restore the Bank to the position it would have been in had Mr Paciocco paid the amounts owing on time. The expert retained by the Bank provided evidence of the maximum costs that the Bank could conceivably have incurred as a result of Mr Paciocco's late payment, which included loss provision costs, regulatory capital costs, and collection costs. The primary judge held that the approach of the appellants' expert ought to be adopted and that the late payment fees were penalties because, amongst other things, they were extravagant and unconscionable in comparison with the greatest loss that could reasonably be proved. On appeal, the Full Court preferred the approach of the Bank's expert and held that the late payment fees were not penalties because, amongst other things, the legitimate interests of the Bank were affected by each of the categories of costs identified by its expert. The Full Court also rejected the statutory claims raised by the appellants, which were not considered by the primary judge.

By grant of special leave, the appellants appealed to the High Court. The majority of the High Court dismissed the first appeal, holding that the Full Court was correct to characterise the loss provision costs, regulatory capital costs and collection costs as affecting the legitimate interests of the Bank.

I had a run in with the ANZ - they were charging me late fees for paying my visa early. The rule is that if you pay before your statement comes out, and a two week window post that date, they consider the payment late.
My emailed response to them was : So the Credit card division of the ANZ penalises its customers for paying early. That is a beyond retarded way of doing business. I give my early paying customers wine and chocolates. I will make a point of paying late so I'm getting my moneys worth out of the $15 from now on.
So while they maybe legally correct they are pathetically inflexible.

I ditched ANZ 20 years ago because of shenanigans like that. Things like putting a 5-day clearance period on cash deposits.

Before they ate up National Bank, we could do a deposit transfer straight on to our floating mortgage, balance updated immediately. Since the merge, we have to make a 'request' to deposit on to our floating mortgage and it won't process until overnight. Their response when I questioned them was it was to do with the integration of the National Bank IT system. What a load of cobblers.

I was a national bank customer before they merged. Its taken me 5 years to get a reasonable O/d rate (business) out of them, they were charging me 15% until 4 months ago... Im such a risk !!

this result will be more about who has the deepest pockets, and who has the best lawyers than what is fair and reasonable.

compare this to the sportzzone and mtf case around default fees. the decision here by NZs supreme court is a nonsense.

Not defending late fees but..... If you just paid it in full (like EVERYONE should do with a credit card) then you wouldn't have any problems. You were likely making an additional minimum payments on your previous bill as opposed to making an early payment on your next one.

For example, if I have a sky bill for $80 per month and make a $20 payment, then later the same month make another $20 payment, it's not an early payment on next months bill, it's still being used to pay the rest of the last bill.