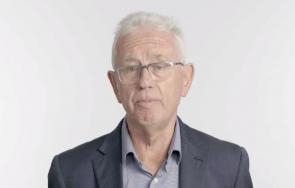 After months of debate about what it was going to contain the Taxing Working Group’s much vaunted final report has been delivered to the Government.

Finance Minister Grant Robertson and Revenue Minister Stuart Nash on Friday said they’ve received the report and it will now be subject to the normal Cabinet process.

They thanked the Tax Working Group for its hard work over the past year, as well as the members of the public who made submissions on the Group’s Interim Report and who participated in debate about the issues it raised.

But just because it’s been delivered to the Beehive doesn’t mean the conjecture over what it contains will stop. Will it recommend a capital gains tax? And can the Labour Party get coalition partner Winston Peters and New Zealand First on board for any changes it wants to make?

The final report will now be analysed by officials and Labour’s coalition and confidence and supply partners (NZ First and the Green Party) before being presented to Cabinet on February 18. The Tax Working Group will then hold a media briefing on February 21 to officially release it.

Ministers are expect to release the government’s full response to the group’s findings in April.

In its official statement the Government said that it would attempt to pass any legislation arising from the Tax Working Group’s findings before the end of the parliamentary term in 2020. But it did state that no law changes would take effect until April 1, 2021.

The group said it would provide recommendations to Government that would improve the fairness, balance and structure of the tax system over the next 10 years.

It held a two-month public consultation between March 1 and April 30 last year and released an interim report in September.

The interim report set out two options for extending the tax net to include gains on assets that are not already taxed and taxing returns from certain assets (known as the risk-free rate of return method of taxation). Feedback on the options would be used to inform the recommendations in the final report.

It said it wasn’t looking at the introduction of wealth taxes or land taxes. Other options it was considering were environmental and ecological taxes, including a Waste Disposal Levy and strengthening the Emissions Trading Scheme, and advancing the use of congestion charging.

It said it was also looking at business taxation and the best ways to reduce compliance costs and enhance productivity, as well as increasing penalties for non-compliance and a creating a single Crown debt collection agency to ensure all debtors were treated equally. “The Group will be mindful of the distributional impacts of any changes it recommends in its final report. It also recognises that some people may need time to transition to the new arrangements.

“It's also worth pointing out that any extension of capital income taxation would apply from a future date, and would not have a retrospective element.  Everyone on the group believes we have a unique opportunity to improve the tax system. We are all determined to deliver recommendations in February that will make a positive difference for New Zealanders,” Cullen said.

Will the recommendations of the TWG actually produce something that is fair? Will the Government fall into the same trap of introducing another tax, where income earners just end up paying another tax on top of everything else?

This thing just keeps getting delayed... there is already word that not all participants are in agreement.... I think there is a very strong chance that this goes nowhere.... noting McSmiley Face has already downplayed it on the basis there is no guarantee NZ First support it.

OTOH, provided it exempts CG on pretty race-horses, NZF might just wave it through...

CGT won’t come in fullstop.
Winston won’t let it, and if he did go back on what he said about no CGT in NZ then he will not get 5%. next year.
They have it a a policy and they are Going to receive even less votes.
They talk the BS about making the tax system fairer?
That means that everyone should lay the same amount of tax and we all know that there is a huge no. Of beneficiaries that pay nothing!
NGA Tahu, pay none and they get away with it!!!

Which beneficiaries pay no tax, TM2?

Ngai Tahu pay nothing because they are a charitable organisation.

Your rants seem to be getting more and more desperate, these days.
Those skinheads must be starting to get to ya.

They keep putting holes in the walls of his rentals and skipping rent payments.

beneficiaries do pay tax, don't ask me why its loopy give them government money then employ people in another government department to take some back
why not just give it tax free and save on the government wage bill

While it is true that beneficiaries pay tax (income tax is deducted from their benefits, they pay GST etc) they are extremely unlikely to be net tax payers (i.e. what they receive in form of benefits and subsidies from government is significantly more than what they pay). This is a very simple fact. The tax deduction from benefits is simply a symbolic act without any meaning in terms of net impact on government net income tax.

We already have a CGT, the 5 year bright line test for residential properties that National introduced and Labour extended. The trick to extending it to other assets is to keep enough people onside. That is why the family home will be exempt allowing all NZF's voters to cash up their home tax free.

With the cash the CGT brings in Winnie can upgrade the gold card to platinum for his over 65 tax base e.g. free electricity, hair cuts and babies' blood to sup on.

Exempting the primary home is a HUGE loophole for a CGT. Remove that loophole and make an honest CGT that is fully inclusive. Exceptions tend to demonstrate a pandering to voters. I am in strong favor of a fully inclusive CGT with no exceptions. I will compromise for the sale of a primary home that is followed by a purchase of another primary home, where the deferred capital gains passed on to the new home. A possible second compromise would be to tax capital gains (along with dividends and interest paid) that is in excess of inflation.

The govt realises that a CGT will be very unpopular, so all of this is about floating balloons and smoke and mirrors to ready the population for more tax of one description or another. My guess is that the govt will float the idea of a "wealth tax" instead, much like the Marxist nut job Elizabeth Warren has in the US. On the pretext of soaking the rich, the govt might say that they will bring in a wealth tax (i.e. on aggregate property, shares, savings, etc) of, say, 0.1% annually for everyone that is worth $10m+ for example. A lot of people will cheer this on because it supposedly won't affect them and will hit the "rich". In reality, it will be rolled out to everyone with assets within a short space of time - the main thing is getting it in the door in the first place. The result will be a collapse in investment and employment and the middle and lower classes will grow in size as a proportion of the population, but with diminishing standards of living. However, there will be rich career pickings in Wellington as the govt beast grows ever larger...

To me if gains are made on capital that is employed to generate employment, exports, innovation, education etc and those gains are invested back into these ventures then taxing them is wrong (the societal return of allowing that capital to accumulate outweighs the good from government spending it. it may be even better for government to borrow and pay interest instead of taxing such capital). Government should do what it can to help capital to be formed in these areas. Their share of the gain can be considered a quasi-shareholder interest in the venture, protecting the people's interest in the venture without disrupting the business.

To be fair, I also support exempting income from a labour income if the worker is investing that return in furthering their skill and that skill is beneficial for the greater society.

I though the whole idea of the Tax working group was to review the whole tax system. Not just the possibility of introducing a Capital gains tax!!!. We already have legislation regarding taxing property , Why isnt it working.?
Tax should be clear and simple to understand and implement. Me thinks another Govt report that will end up on the shelf gathering dust. Until someone wants another review when the Govt of the day has overspent the Budget.