In the shadow of the Tax Working Group, Terry Baucher looks at other changes including the tax pressure on NZ Super, issues with 'simplification', the digital services tax, and issues with automated refunds

In the shadow of the Tax Working Group, Terry Baucher looks at other changes including the tax pressure on NZ Super, issues with 'simplification', the digital services tax, and issues with automated refunds 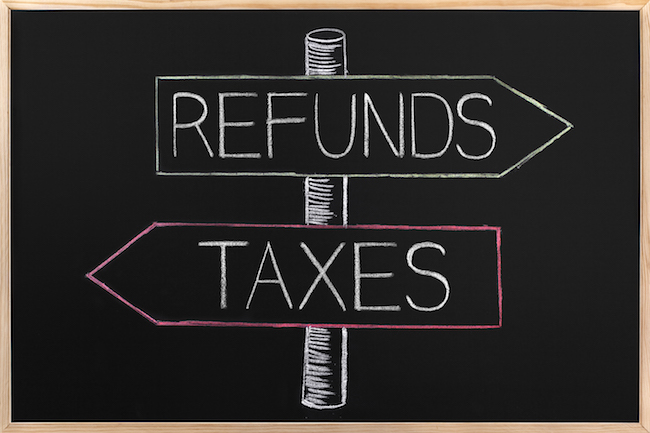 This week in tax, well, is it back to normal in the wake of the government’s decisions following on the Tax Working Group recommendations? What’s going on internationally? And why you shouldn’t be spending any refund that you get from Inland Revenue that turns up unexpectedly.

The fallout from the government’s decision not to proceed with the capital gains tax two weeks ago is still continuing. In that, the tax community is wondering what happens next. Several pieces have been written by various parties talking about what is going to happen and what was left in the report’s recommendations that has gone through or what you might call implementation.

But, also, some people are taking a longer-term view on this matter.

On Tuesday, I was part of a panel with Tax Working Group member Craig Elliffe and Revenue Minister Stuart Nash. Both Craig and Minister Nash brought out the fact that, at some stage in the future, the demographic pressures around rising superannuation costs and rising healthcare costs will mean that the tax take will have to be increased in some form.

Where that comes from is another matter. GST has been ruled out. It was thought to be too regressive as it falls heavily on low-income earners, a point that Andrea Black made last week and a low GST is a very efficient tax that is the single biggest drawback, but possibly that could happen.

I understand that Joanne Hodge also of the Tax Working Group pointed out that raising GST to 16 percent could raise as much in tax as was expected to be raised from a capital gains tax. But the point remains that the taxation of capital is going to be an issue going forward with how we deal with it.  The Opportunities Party (TOP) is still a fan of some form of indirect equity tax – taxing a person’s equity in the home.

Susan St John from the Child Poverty Action Group Auckland has also pointed this out in an article.

In the meantime, you might think it’s back to business as normal. To some extent, it is.

Of course, the interesting thing now for us all is how Inland Revenue beds in its new transformation project. One of the points that I’d come across in my role on the Small Business Council was some writings from the British Office of Tax Simplification in which the author – a former director of the Office of Tax Simplification – actually said, in some cases, simplifying the tax system is not as straightforward as you might think because reliefs or processes are so embedded into the system that it’s very hard to unpick.

He suggests that a better approach would be to try and make people’s interactions with that system as painless and as smooth as possible. That’s certainly something that Inland Revenue is attempting to do with its new business transformation.

Internationally, Craig Eilliffe has some interesting comments in this field in that the pressure seems to be building around the world for looking at the accruement of a digital services tax.

Now, later this month, the government will be releasing a discussion document on this topic, but the reason pressure is building internationally is that the Organisation of Economic Cooperation and Development (OECD) and what we call its base erosion and profit shifting (BEPS) initiative is a very laborious and slow process in change. It’s moving quite fast in terms of tax policy terms.

But, in terms of politically swift changes, the BEPS initiative is going to take some time to bed in because we have to get consensus across a wide range of countries, particularly when one of those countries are the United States where the tech companies have a very strong influence through the lobbyists on tax legislation. You can expect the change will happen quite slowly.

A report surfaced this week that the UK HM Revenue and Customs (HMRC) estimated that US multinationals had underpaid their tax for the 2017/18 year by several billion pounds. One of the interesting dynamics in this space is that public pressure. The public, the voters, are very keen to see multinationals pay more. Multinationals aren’t so keen. How that dynamic is playing out around the world is interesting to watch.

What is happening is that more and more countries are breaking ranks from the OECD’s BEPS initiative and imposing or proposing a digital services tax. Anyway, watch this space. There’s a lot going on.

The OECD also released its latest model tax convention. This is a convention by which double tax agreement countries are meant to follow which obviously countries want to negotiate variations on these. The online text runs to 2,624 pages. Whatever you do, don’t press print accidentally!

Finally, as I said, back to normal this week. Inland Revenue systems came back up online on the 26th of April after it completed its upgrade for what it calls Release 3. This is the one where all individuals will be issued an automatic end-of-year square-up for the year that just ended 31st March 2019.

Now, that’s about 2 million people that are going to be affected by that just simply on pay as you earn (PAYE) and have no other sources of income. As part of the process, the run up to this, Inland Revenue has been very assiduously clearing out and refunding unexplained credit balances.

This has caused some consternation in the tax community because, sometimes, we will tell clients to pay in advance to stop the stock running on interest or basically make some payments on account. Sometimes, clients think, “I’ve got some spare cashflow. I don’t want to find myself short when it comes to tax payment time, so I’ll just pay this to Inland Revenue.”

It seems that Inland Revenue systems have been rather zealously refunding what it regards as unexplained balances which has led to a whole pile of communications between clients’ tax agents to say, “Hang on, I’ve just got this refund. Why is this? Can I spend it?” The short answer is it’s probably in error and don’t spend it. But watch this space.

By the way, just one other thing coming – maybe even later today – is the Welfare Expert Advisory Group reported its final reports. Now, this was part of the system which is of interest from the tax perspective is this is the group that was looking at the interaction between tax and social assistance where, for example, what constitutes income for determining what working for  family’s tax credits a person can get.

Those working for a family tax credits, if you’re above the threshold which is $42,500, you then have the credits abated at 25 percent or 25 cents per dollar which effectively puts someone on that wage in a 42 percent tax bracket.

It’s a big problem in the system not well-understood by many people. It’s a fairly intractable problem, so is interesting to see what the Welfare Expert Advisory Group has had to say on that.

This article is a transcript of the May 3 edition of The Week In Tax, a podcast by Terry Baucher. This transcript is here with permission. You can also listen below.

It's worth linking to Charles Hugh Smith (Of Two Minds) re the 'tax the rich pricks' meme which has merely submerged, not been depth-charged with the TWG report. CHS has this piece which points out the bleedingly obvious (at least in a US context): it's far cheaper to spend a few billion lobbying such a tax out of existence, than to sit back and let it happen, even if the corporate impact is modest.

Not saying that this will be the NZ experience, but when - when, not if - the meme blows the dive tanks and surfaces again, it is likely to be in a more insidious and hard-to-argue-against form. The rich have better, faster lawyers than do Gubmints (which are always playing catch-up, with a lag of years to decades), and also have the option of moving their business into less stupid jurisdictions.