Terry Baucher explains how not to end up in court defending a $4m tax evasion charge, reviews the Welfare Expert Advisory Group report, and the problems with overseas mortgages

Personal Finance
Terry Baucher explains how not to end up in court defending a $4m tax evasion charge, reviews the Welfare Expert Advisory Group report, and the problems with overseas mortgages 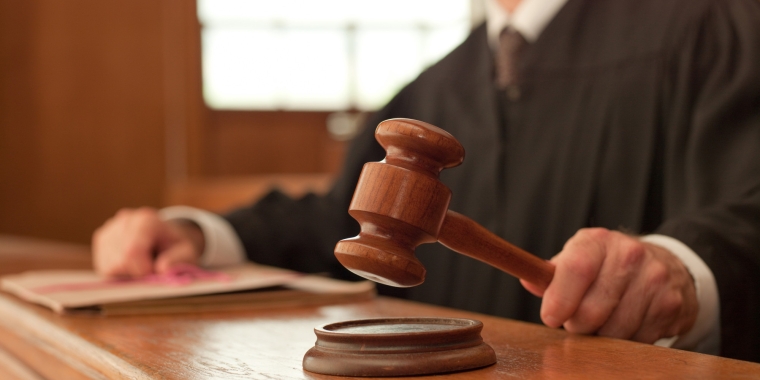 This week we are going to deal with:

In Wellington this week, the trial started of 11 Thai restauranteurs accused of evading income tax and GST totalling $4.4m over the seven years to 31 March 2015. According to the prosecution, the 11 Thai restauranteurs are acting together using 14 companies with 28 restaurants across Auckland and in the lower North Island. They had not declared cash sales totally $12m – according to the prosecutors at least – nearly $10m of that went straight into their personal bank accounts.

Now, the old cash sales trick under-declaration is a very common occurrence in tax. Inland Revenue is forever fighting the fight of trying to stamp out tax evasion.

What people probably should be aware of if they want to stop this is that Inland Revenue generally will know more than the accountants who are acting for these companies. One of the things that I learned early on in my career is investigators from Inland Revenue should never be underestimated. They are well-trained, very skilled, usually accountants, and well-motivated to do their jobs.

Typically, what they will do is they will pick up patterns. They will notice companies might be reporting a lower gross profit ratio than other restaurants in the same area. Once they get interested in that, if that comes up on their radar, they’ll take a closer look, and taking a closer look often means going to the restaurants themselves and being a customer. They will sometimes buy stuff. More often than not, they’ll sit and watch and see what happens when a till is run through for cash.

I’ve encountered this position. People assume that Inland Revenue never looks too closely, and the accountants probably are sometimes not as well-informed as they ought to be about what their clients are doing.

This is a big trial. $12m is quite a significant amount of cash. It does point to one weakness in Inland Revenue at this point. It’s that sometimes it takes a long time to catch up, and that in itself lures people into thinking, “I can get away with that.”

We’ll talk a little later about it, but one of the aims of the Inland Revenue’s business transformation programme is to give better real-time information on what’s going on around an earlier intervention. This evasion as charged appears to have been going on for seven years to 31 March 2015. It’s probably small wonder that the people involved may have thought that they were getting away with it, but you can expect Inland Revenue to act much more quickly in identifying where it believes there are problems emerging around non-compliance and evasion.

Some time ago, they set up a programme in 2011, 2012. They were going to publicly produce statistics which gave indicative gross profit margins for businesses across various industries. I think that initiative fell by the wayside probably because Inland Revenue were very focused on its business transformation programme and spent arguably too much time looking at itself rather than getting on and looking at these other matters.

I would expect the increasing amount of data available to Inland Revenue as a result of business transformation and the staff that it helps to free up that it will intervene quicker where it believes restauranteurs or people have been taking cash.

If you want to avoid ending up in court like these poor people, ring through everything. Don’t try and be a mug and think that you can slip cash under the table and Inland Revenue won’t notice. They’re extremely thorough – far more thorough than your accountants because they’re better informed than the accountants, more often than not.

Moving on to the policy world, last Friday, as I suggested might happen, the Welfare Expert Advisory Group released its report. It’s 200-odd pages, and some of the headlines involved some truly eye-watering numbers such as perhaps up to $5.2b a year was needed as part of the complete overhaul of the social welfare system.

The interaction of tax and social assistance such as working for families, accommodation, supplement all the various social welfare programmes and/or initiatives was passed to the Welfare Expert Advisory Group. It was not under the terms of reference of the Tax Working Group.

That means that the Welfare Expert Advisory Group’s recommendations could have significant tax implications for clients or people who are claiming working for families tax credits – about 390,000 families, I think – and it’s proposing major changes around that – mainly about the actual amount being paid and the abatement rates.

Currently, as I mentioned last week, if you are across the threshold, then your benefit working for families tax credits, they’re abated at sometimes very penal rates. Working for families tax credits is $0.25 on the dollar which, as I said, adds 25 points to their effective marginal tax rate, but for some of the other benefits, like jobseeker, the amount of income you can earn before there is an abatement is quite restrictive, and then it kicks in at 70 percent.

In other words, you cross the threshold, 70 percent of your benefit gets taken back. We’re not talking about a lot of money. And so, as the Welfare Expert Advisory Group pointed out, there are people with effectively 100 percent marginal tax rates. In other words, every dollar they earn is gone in either tax or abated benefit.

If you’re wondering why maybe up to $5.2b a year needs to be spent, that’s part of the reason. If you want to try and reform the incentives to allow people to go back into work, to support people that maybe can’t work, it will cost money, but we’ll wait to see the budget coming up at the end of the month and what the government will do about that.

But one of the things that proposed changes to the abatement rates was replacing what is currently the independent earner tax credit which is available for anyone earning under $48,000 who isn’t receiving any form of assistance with what they called an earned income tax credit. It works on a similar process, so wait and see in this space. There will be a lot to consider and it will affect a lot more people than you might think.

A consistent issue we deal with is the question of the New Zealand tax treatment of overseas investments, in particular overseas mortgages. These fall under what is known as the financial arrangements regime – basically, the quantum physics of New Zealand tax – a topic so complicated, there is no Inland Revenue guide to it.

I got reminded of this, this week, when a client called asking for some assistance on that. What had happened was, under the financial arrangements regime, unrealised exchange gains can come into play, particularly for people who are in Britain who have rented out a property there.

They have faced the rise of the NZ$ dollar against the GB£ pound. This means that, from a tax perspective and from the financial arrangements regime, economically, they have made money. Even though they haven’t closed out the mortgage or anything, in many cases, we have encountered positions where, because of the exchange rate fluctuation, income has arisen so that the value in Sterling mortgage may not have changed, but in New Zealand dollars, it’s no longer worth, say $200,000 but it’s worth $170,000. That $30,000 movement is income.

Now, this is catching an increasing number of people because of the currency fluctuations since Brexit, and just also because of the fact that the thresholds around when these rules apply have not been changed for some time.

But, hopefully, there’s some relief on the horizon because one of the recommendations from the Tax Working Group which is going to be taken forward, we expect, is around looking at thresholds for the financial arrangements regime. Increase these thresholds which haven’t been changed in the last 20 years and then hopefully people won’t get caught with a very unexpected tax bill but watch this space.

Finally, Inland Revenue’s business transformation Release 3 has now gone live. So far, there have been more than 2 million logins to the upgraded tax system. Congratulating Inland Revenue on the new upgrade, Revenue Minister Stuart Nash noted that the team involved in getting this all up and running consumed “a significant volume of pizza and chocolate.” He did not say how many slushies they drank!

This article is a transcript of the May 10 edition of The Week In Tax, a podcast by Terry Baucher. This transcript is here with permission. You can also listen below.

IRD is poor on enforcement because it relies very much on examining data on screens. They certainly need to look at screens but there is more. They should have people 'beating the feet'. There was a time in Italy where the finance police would stop you as you left a shop with an icecream, and you needed to have the tax receipt. Then they would go to the shop owner and follow up in very practical ways.
There is a lot a tax evasion that will never show up on a screen.

Computer is going to do it all. All the feet are getting laid off.