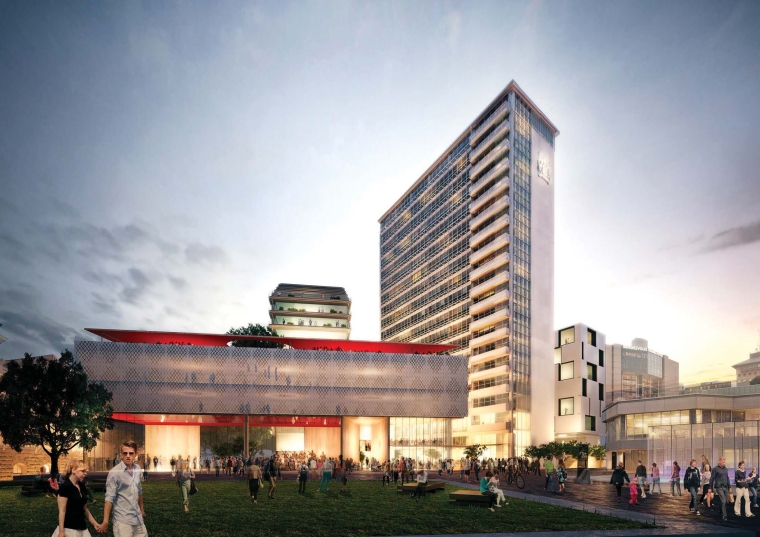 PwC has been appointed by Auckland Council development agency Panuku to carry out a review of some of its practices after the Serious Fraud Office (SFO) raised concerns about the actions of chief executive Roger MacDonald.

The issue centres around the sale in June of the historic council owned Civic Administration Building by the Council Controlled Organisation (CCO). Auckland Mayoral candidate John Tamihere questioned the sale of the council building for $3 million and lodged a complaint with the SFO about the deal.

When the Council first announced it was looking at selling the building in 2016 Tawera Group was expected to buy it. But in May this year it was sold for $3 million to Civic Lane Ltd, which is owned by Tawera Group’s chief financial officer John Love and his wife Josephine Love. As part of the deal Civic Lane has been given a 5000 square metre property adjoining Mayoral Drive that's expected to be used to develop a hotel.

Panuku says it has now appointed PwC to carry out an "independent review" of its gifts and hospitality policies and it has drafted the terms of reference for the inquiry. Its latest board report from August 30 states:

“In response to the SFO suggestion, the board agreed to an independent review of gifts and hospitality.

“The board noted the intense scrutiny on how Panuku conducts our business. The Panuku Board formally instructs staff to not accept any invitations at this time unless discourteous and disrespectful, until the review is completed.”

According to Panuku the review is already underway and a draft report is expected to be presented to the board in "the coming weeks".

A statement released by Panuku board chairwoman Adrienne Young-Cooper at the time stated:

Auckland Mayor Phil Goff says when the issue first came to light in July he stated that MacDonald’s behaviour was unwise and inappropriate. But he says any further comment on the issue should come from Panuku. But Tamihere says Panuku shouldn't be appointing the organisation carrying out the review and says for that reason it's hardly independent.

Is that the same PwC that has been auditing Fonterra's books?

These big auditing firms seem to be earning more from such assignments and bankruptcy work than from real auditing. And they miss vital things in auditing, witness ANZ, Fonterra, etc. Who is auditing the Auditors ? Or is that another informal cartel, like the bid four banks operating here ?

The whole deal stinks to high heaven. 3 million for 5000 sqm of prime CBD realestate.You can't even get a St Heliers Bay mansion at a mates rates discount for that. That butt ugly building would not have looked out of place in post war East Germany. They should have demolished it in 2010. Could have graveled the site and parked cars on it for the past 8 years. Could have at least made back some cash in parking fees to pay for the ASB Building debarcle. Super City my arse.