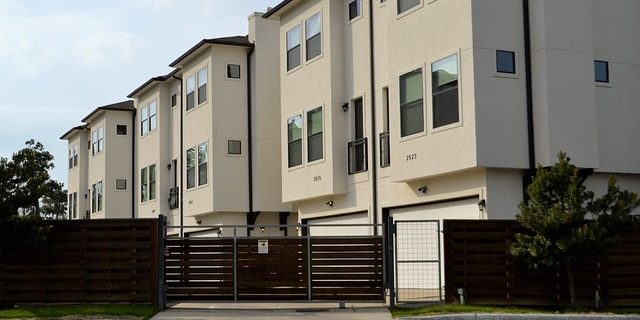 Rising house prices had a bigger impact on residential investment properties than rising rents in the second half of last year, according to interest.co.nz’s Rental Yield Indicator.

That information is then paired with bond data showing the median rents for newly-let three bedroom houses in the same locations to produce an Indicative Gross Rental Yield for each area.

A Gross Rental Yield is a property’s annual rental income expressed as a percentage of its purchase price, with a high yield providing an investor with a higher rental return than a lower yielding property.

Lower quartile prices were higher in the six months to December last year than they were for the six months to September in 47 of the 56 locations monitored, and lower in 8 locations: Tauranga Central/Greerton, Cambridge/Leamington, Holdens Bay/Ngapuna/Owhata (Rotorua), Ngongotaha/Pleasant Heights/Kotu (Rotorua), Vogeltown/Berhampore/Newtown (Wellington), Motueka, Blenheim and Ashburton, and unchanged in one: Taradale (Napier).

On the other hand less than half the locations monitored had rent rises over the same period, with median rents rising in 27 locations, declining in six and remaining unchanged in 23.

The net effect of prices rising in far more locations than rents did was to push the indicative yields down in 34 locations and up in 13. They remained unchanged in nine.

That suggests that in most locations, investors purchasing residential rental properties now are likely to be paying more and receiving lower rental returns than they would have if they’d purchased the same property six months ago.

The table below tracks the Indicative Rental Yields at the 56 locations monitored by interest.co.nz, from December 2016 to December 2019. A fuller version of the table going back to 2014 is available here.

Yields are so last decade. It's those tax free capital gains that people are after.

Yes, but when the monetary system and the ruling elite are throwing kitchen sinks to enable this to happen, it might be time for the punters to consider who is ultimately carrying the can in the whole charade. The realization that the general public is the mule carrying this largesse has yet to register

You can argue that JC, but sadly the reality is that both history and all the current indicators are that renters are going to be paying higher rents, allowing house affordability to creep further away, paying off the landlord's mortgage, and missing out on capital gains and financial security from home ownership. A bleak picture but reality for those who choose to rent or can't afford to be a FHB.
Sorry to say, your comment sounds that one could expect for someone (not you of course) who has given up and is frustrated and bitter.
I have been posting for some time; that over the past generations or so, for many financial security has come from home ownership; sadly for blue collar workers this is no longer in most cases an obtainable goal, and it is for increasing so for some of those in the "middle class". Home ownership for 24 to 35 year-olds has fallen from 65% in 1988 to 35% currently. I note in the last few days that "a renting middle class" been picked up on in a couple of press comments.
Home ownership has been a New Zealand cultural norm and expectation - unfortunately no political party really is concerned about addressing this.

I think you missed the whole point. The whole idea that a neo-serf class is taking shape in NZ and will be filled by younger generations and immigrants is all very well, but I'm talking about who's carrying the can for the jury-rigged monetary and political pillars when it inevitably goes tits up.

do you mean when they put down the can and pick up a pitchfork?

Happened the other day in Honolulu.

In which case, one hope's they're not evading their taxes due on those capital gains.

"Yields are so last decade. It's those tax free capital gains that people are after"

Actually there were plenty of tax free capital gains last decade, and the decade before and the one before that...

That suggests that in most locations, investors purchasing residential rental properties now are likely to be paying more and receiving lower rental returns than they would have if they’d purchased the same property six months ago.

Similar story across many assets globally in the 'everything bubble.'

What yield are you getting on your gold investment?

I dont think most people that own gold are looking for a yield. More about certainty, liquid asset. Generally speaking when paper heads south, gold heads North, so a reasonable hedge to take if you feel economic disasters are on the horizon.

5% this year to date - and regular heart rhythms when I wake up and read the headlines.

What yield are you getting on your gold investment?

If you're looking for yield from gold, you want to own gold mining companies that pay royalties. A gold royalty contract gives the owner the right to a percentage of gold production or revenue in exchange for an upfront payment.

haw haw ....Yvil my good man don't give away our secrets of the NZ residential "property ponzi party" ...we all know that the yields are just pathetic ...we have to keep "all n' sundry" out there in the working classes, blissfully unaware that you don't see decent returns until at least a few years later ....and that's after the bank has taken it's share of the interest payments ....always at the "start" of the mortgage ....haw haw ...as all part of the "master plan" to extract as much money into the banks coffers from the worker bees as possible ....smirk ....anyway in the Cayman Islands at the moment, just about to take the Riviera 72 Flybridge out for some game fishing off Grand Cayman ...in the meantime, all you plebs get back to work and keep those rents and interest payments rolling in for moi and my ilk ...toodle pip for now

Too much cheap champagne again Charlie?

...not if you call sipping a chilled 2004 Bollinger La Grande Année Brut from the deck of my Riviera, whilst game fishing in the Cayman Islands ...... where is your class ol' boy ?

Clearly in powers driving global finance are doing everything they can to protect the much quoted "everything bubble". While it sounds like an emperors new cloths moment, I wonder if we will get to the stage where banks are paying you to have debt...? If they print enough perhaps we will get there.

Still people with vested interest argues that people invest for yiel/rent but reality is people are speculating for TAX FREE CAPITAL GAINS.

Unfortunately NZ is ruled by Rich (If not rich becomes one as soon as elected) and policies are framed by people who have vested interest so will always be in favour of elite class and for avergae Kiwi will throw some dole to show empathy but reality is otherwise.

I think you'll find right now that NZ and most every other economy has been and is ruled by banks, corporations and false prophets.

It's certainly not being governed by and for all its sovereigns.

No wonder investors have flocked to the regions with those much higher yields.

Replace "flocked to" with ruined, and you are close to the mark.

And a reminder that CG taxes, of whatever stripe, are currently payable on realisation (actual sale and furnishing of a tax return), not on a revaluation (unrealised gain)......So the tax issue simply doesn't apply in the absence of a sale, as tax law stands right now.

So tell me Yvil, do you still think there is no upper limit on rent? If so, why are yields falling instead of keeping up with house prices, or even increasing?

@ CourtJester ...you won't get an answer from Yvil and his cohorts on that great question.
These "landlords" just think that everyone is going to pay ever increasing rents for their mouldy, damp dump (I've seen a few !)
They have their head so much in the clouds, do they ever think where the money is going to come from ?
Have a property in the USA and my gross yield is 15% .....wouldn't touch AKL property with a barge pole !!

Of course there's no upper limit to rents. Clearly you don't understand yields. The reason why yields are falling is that house prices are rising faster than rents, but rents are still rising and they will not ever, hit a ceiling where they all of a sudden won't go higher anymore

So you're still pretending that a limit can only be a fixed dollar amount. Just to not have to admit that I'm right. Very mature.

@ Yvil ...Totally missed the point and I do understand yields ! .....rents are based on supply and demand, AS AT THE CURRENT MARKET CONDITIONS so future rent rises are just that ...in the FUTURE, therefore UNKNOWN which is not to say they will not rise either (but nothing is guaranteed) As most people only have a certain amount to spend on rents, the only way for the tenant to pay more, is for an increase in their income or to cram another person in, creating more "wear and tear" on the property. Sure, if you are in Manhattan you may get away with charging what you like ...but at the end of the day the market decides ...and Auckland is a smaller market than Manhattan !

I'll stick with my 'no debt' 15% thanks ! and I just hope for your sake, this "Property Ponzi Party" carries on for you :)

We have had extremely high immigration rates for so many years now, with little being done to see that adequate housing was available that now we are so far behind that I do not believe we will ever catch up as long as we allow the immigration rate to stay high.
Houses are being built as if there is no tomorrow, yet still the situation worsens. It is a nonsense to think we can even ramp the rate up further than it already is.
Time to put a halt on immigration now.

Rents can continue to march ever upwards and the sky's the limit.
The reason is simple.
As rents rise more and more, more people will crowd into any given rental space.
At the moment the average density per dwelling is around 3 persons -give or take -and rising.
The same dwellings could squeeze in three or four times as many people and they will have to just mange or go without.
Severe over crowding is typical of a dysfunctional market, which has now been successfully achieved.