The REINZ says more Auckland homes were sold in the first seven months of this year than the same period of last year, despite Level 4 lockdown

The REINZ says more Auckland homes were sold in the first seven months of this year than the same period of last year, despite Level 4 lockdown 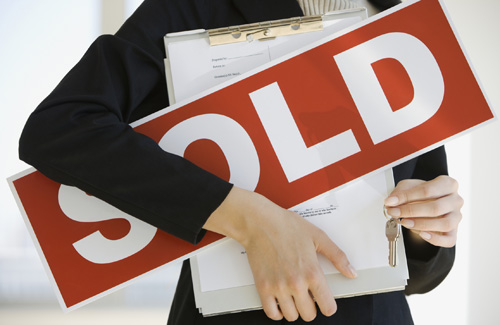 The Auckland housing market has already shaken off the COVID-19 blues and the rest of the country isn't far behind, according to the Real Estate Institute of New Zealand.

They show the Auckland housing market made a strong start to this year, with the number of sales up by between 15.2% and 48.3% in the first three months of 2020 compared to the same period of last year.

But when Level 4 lockdown started to bite sales volumes plummeted, down 67% in April compared to April last year, and down 41.1% in May compared to the same month of last year.

Overall, that means Auckland sales in the first seven months of the year were 1.7% higher than the same period of last year.

"No one could have predicted just how the residential property market would be impacted from COVID-10," REINZ Chief Executive Bindi Norwell said.

"If you'd have asked people back in March how long it would take to recover, the answers would have varied from months to years.

"Even just a few weeks ago, people were still predicting that the next few weeks might look more like a post-Global Financial Crisis environment, so to have this level of turnaround is surprising," she said.

However the figures also show that markets in the rest of the country haven't been as quick to recover as Auckland.

Perhaps surprisingly, the three regions where sales are still down the most compared to last year are some of the most affordable regions in the country - Gisborne -26.4%, Otago -20.1% and Southland -22.5% (see the table below for the full regional breakdown).

Are you suggesting June and July are merely pent up demand from lock down and yoy monthly decreases in Auckland will start happening in August, September or October?....

MK "But all of that is pre Lockdown"
Not really, June & July were stronger in 2020 too

Prices are rocketing at the bottom end, there is huge bidding up from what I can tell

There's intense competition between FHBs for houses across Auckland.

Prices are increasing at an alarming rate for houses in that category.

This looks like some straight-up trying to talk the market up from our Tim Mordaunt.

"Even just a few weeks ago, people were still predicting that the next few weeks might look more like a post-Global Financial Crisis environment, so to have this level of turnaround is surprising,"

What is high priestess Bindi signalling to the sheeple here with the words "post GFC environment" and "level of turnaround"? That Covid is finished? That all the economic consequences have passed?

I call bullshit and think that it's potentially just starting. The 'turnaround' is just something Bindi conjured up for a media release.

the short sightedness of media, govt and businesses give the impression that after this Akld cluster is resolved everything is going to be honky dory.

This could go on for years and we could have dozens of outbreaks over that time. For me it seems the Govt will have to tighten the belt at some point and also change the strategies around lockdowns so businesses can still operate in lockdowns to avoid total calamity.

If you are going to hope for the best you had also better be preparing for the worst...

No one can deny that housing market is BOOMING.

But it's also true that 6 months ago the DGM were emphatic that the housing market would be in the doldrums by now.

Well many would have correctly predicted that house prices would be plummeting by now based on the information at the time.

Since then the government has

Lowered the OCR to 0.25%
supported 460000 workers with a wage subsidy
given mortgage holidays to 60K mortgage holders
smashed out some QE (i doubt much of that has made it into NZ housing as yet, but some of it surely will)

The reality is that housing market is not booming, in fact it is not even a market at this time, but is falsely boyant whilst many are suckling from the teet of the government.

With wages dropping and the wage subsidy due to end soon , you feel the government will again provide nutrient for the sick and dying. But what will happen when the money starts to dry up...

No one can deny that housing market is BOOMING.

Lazy thinking. The correct claim would be "nobody can confirm without a doubt that the housing market is booming and cannot confirm that the bubble hasn't burst."

It's not booming at all.
But it's certainly resilient right now.

But it's certainly resilient right now

Also incorrect. Resilient is a subjective term. The opposite could be the reality that the market is extremely fragile.

Based on what metric?

"No one can deny that housing market is BOOMING"

Yep, it will go BOOM at the end!

If the Covid-19 pandemic can't slow down the housing market in NZ nothing will, however, lets see what happens when the mass buying blows over. In my opinion the first home buyers who are trying to make ends meet to purchase in the current market should wait.

Very short sighted media spin. I guess if everyone talks up the market enough they figure it will not crash but the only reason it has not crashed already is because it's now being directly bailed out by this government. The real question is how long can the wage subsidy and mortgage holidays continue? When the money stops the outcome is obvious.