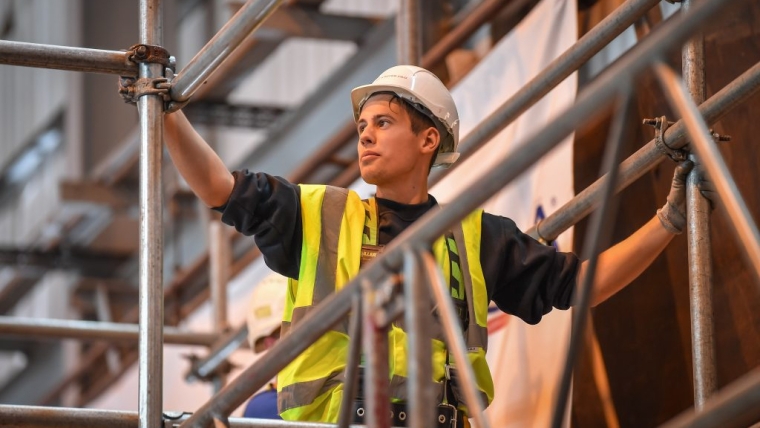 The latest building consent figures suggest the construction industry continues to operate with a full head of steam.

According to Statistics NZ, 3605 new dwellings were consented in September, up 7.7% compared to September last year.

In the 12 months to the end of September, which included the COVID-19 lockdown periods, 37,725 new dwellings were consented, which was up 3.5% compared to the previous 12 months.

That suggests the residential construction industry has more than shaken off the effects of the fallout from COVID-19.

The biggest growth in the type of residential units being consented was for low rise, multi-unit dwellings such as townhouses and home units, which were up 26.5% in the month of September and up 33.9% for the year to September, when compared to the same period a year earlier.

However perhaps surprisingly, the number of apartments being consented was down 34.0% for the month and -25.2% for the quarter, compared to a year earlier.

Most of the growth in new dwelling consents is occurring in Auckland, where 1734 new homes were consented in September, up 51.7% compared to September last year.

And the commercial construction sector, which has been harder hit by recent economic events, is showing signs of picking up.

The total value of non-residential construction consents issued in September was $758 million, up 22.6% compared to September last year.

However on an annual basis, the total value of all non-residential consents was down 7.6% compared to a year earlier.

The total value of all types of building work consented in September was $2.314 billion, up 16.9% compared to September last year.

In the September quarter, $6.372 billion of building work was consented, up 10.4% on the third quarter of last year.

Although consents are an indication of construction intentions rather than work being undertaken, they suggest the sector remains upbeat in spite of the challenges currently affecting the economy.

The interactive charts below show the trends in the number of dwellings consented in each region and in the types of dwellings being consented.

Great, more offer. Only downside is that we are trusting everything to private initiative which is turning a lot of neighborhoods into a mess without the proper services required since there is not much council planning these days.

Good, hopefully we can build our way out of the current mess were in. Just like Ireland did in 2009.

Should be great with these builds coming in with very low migration.

They're really fast tracking the consent process. And with this crazy Auckland market, it's probably worth subdividing a property. You'd likely see a pretty solid return on the 120kish it costs to subdivide. https://www.subdividesimplified.co.nz/auckland-subdivisions