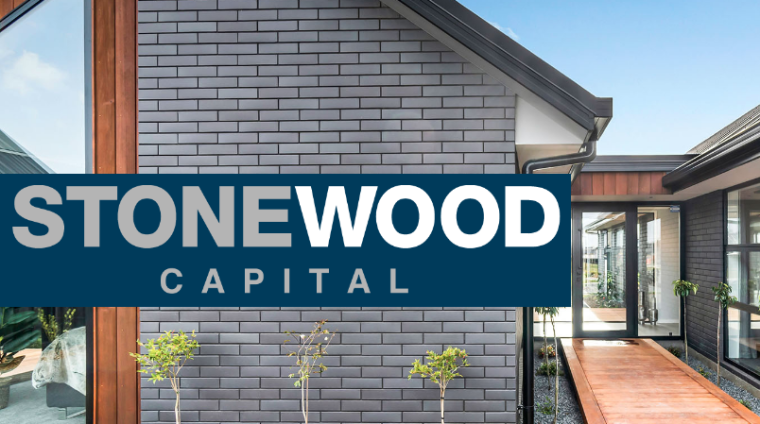 Property and residential construction company Stonewood Group, owned by the Chow brothers, has launched a finance arm to fund residential developments and is hinting about a possible later launch of a commercial property fund.

Stonewood Capital is aiming to raise at least $25 million, but possibly up to $50 million depending on demand, with the offer open to wholesale investors from early next year.

The special-purpose finance company was launched at an event at Auckland’s Park Hyatt on Thursday (November 19), with guests including former Prime Minister and current ANZ NZ chairman John Key, as well as independent economist Tony Alexander.

Originally known for investments in the adult entertainment industry (which they sold out of in December 2019), the brothers, John and Michael Chow, bought the assets of Stonewood Homes when it went into receivership owing $28 million in 2016.

John Chow said the intention was for Stonewood Capital to "provide an alternative to bank funding for developments by the Stonewood Homes franchisees and licensees".

A "key differentiation" between bank funding and Stonewood Capital was the fact that banks required significant presales, he said.

“We are personally investing our own money into Stonewood Capital, amounting to 10% of the vehicle. And being the first money in, we will be the last money out,” he said.

“With 20 Stonewood Homes franchisee builders nationally, we have the capability, scale and the resources to deliver about 200-300 more homes than we currently are,” he said.

The website for Stonewood Capital says the key objective is "to introduce wholesale investment capital to fund residential developments across New Zealand through the Stonewood Homes Franchisee and Licensee networks."

It promises investors "a strong and consistent financial return", with the investment offering based on "a fixed annual interest rate, paying investors quarterly".

Investing in Stonewood Capital Limited is open only to "qualifying wholesale investors" who meet one or more of the investment criteria outlined in the Financial Markets Conduct Act 2013 (FMCA), the website says.

Residential build projects already in the Stonewood Group project pipeline in Auckland include:

The Chow brothers have set a goal of owning NZ$2 billion in assets by 2025. The Stonewood Group also aims to become New Zealand’s largest private property company by 2025.

John Chow said a commercial fund may also be in the pipeline for Stonewood Capital.

"This would potentially involve funding several significant redevelopments such as the recently purchased 280 Queen Street building which, following a $120 million refurbishment project, is forecast to be valued at over $300 million."

Why do I feel like this is going to end badly?

Why do I feel like I need a wash?

Didn’t John Key make a warning about companies like this a month or two ago?

i think he was referring to ANZ

They probably flicked him and Tony a few bucks to attend.

Spent the last few weeks watching Ozark, I read this and the first thing that springs to mind is the whole series has probably been based on these guys...

Are you kidding me? the Ozarks and these pondlife should not be mentioned in the same breath.

Have you watched the series?

These guys seem to be developers not investors. In fact they're actually financers of developers in this case.

How much were Key and Alexander paid to front the presentation

It tells a lot about everything else they endorse or support with their opinions.

Why would anyone pay $1.1 million for a townhouse in Albany?

Close to a Westfield shopping mall, what more could you want.

Cause if you want a house that's what you have to pay. JK via his bank will lend you the money maaaaaate.

"One of the things that could be a real worry here is that if you start seeing a non-bank deposit sector really growing that starts advertising on the internet and in the Sunday papers and everything else higher interest rates under the illusion that they look like a bank when they are really mezzanine finance providers for property developers,... then hello and welcome to all the problems I dealt with when I was Prime Minister. There's a reason we wrote off a billion dollars on South Canterbury finance and all these kinds of people."

He's right, there was a reason for the massive write offs. It was so he didn't actually have to deal with it.

Maaaaaaate this is November, things have changed! It's all super stable according to the bigwigs.

Their business model is a stripped to bare minimum one.

whats wrong? Chow is building houses. Dont we need them. I thought we had a shortage of housing and havnt we (via RBNZ's policies of encouraging moving money out of bank deposits) just encouraged such house building activity. so whats wrong in what Chow is doing?

We are short of houses that people can afford, and unless we intend to return to mass immigration (which I truly, truly hope we aren't) then this will be very short lived

Oh Thank goodness, we need more of this, it's all following the current stimulus expected reaction. More and more clever business should flourishing, bringing this trickle down economic effect from given boosted wealth number into housing. It is proven! - albeit, at early stage. Govt & RBNZ must not loose momentum now, they must at least triple their current effort, more/permanent flexi-wage subsidy, more Banks deferral, removal of bright line test, more money supply by RBNZ - The more can be pump up into housing, the more likely hood of economic wealth $ created by it flowing into more economic consumption - really encouraging news!

Best joke I've read for a while

So how long have you been a bank shareholder?