Residential construction is booming with more than 40,000 new homes consented in year to March

Residential construction is booming with more than 40,000 new homes consented in year to March 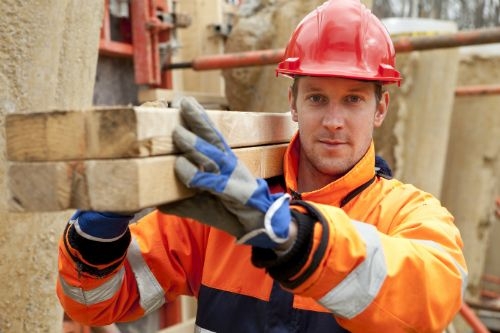 The residential construction sector is going form strength to strength with the number of new dwellings consented hitting an all time high of 41,028 in the 12 months to the end of March, according to Statistics New Zealand.

The previous high for any 12 month period was in the year to February 1974 when 40,025 new dwellings were consented.

The number of new dwellings consented in the month of March was also an all time high of 4218.

The only other time the number of new of homes consented in any single month was more than 4000 was in October 1973, when 4081 new dwelling consents were issued (the interactive chart below shows the number of dwellings consented in each region every month).

Most of the growth in new homes being consented was for townhouses and home units, with 12,390 consented in the year to March, up 39.9% compared to the previous 12 months.

Standalone houses are still the main type of homes being built with 22,771 consented in the year to March, but their annual growth is much lower at just 2.2%.

The total value of construction work for new dwellings consented in the year to March was $15.2 billion, up 9.5% compared to the previous 12 months.

On top of that another $2.0 billion of residential, structural alteration work was consented, taking the total value of residential building work consented to $17.2 billion for the year to March, up 8.4% on the previous 12 months.

Auckland was the main driver of the growth, with consents issued for 17,495 new dwellings in the region in the year to March, up 17.2% compared to the previous 12 months.

That meant Auckland accounted for 42.6% of the new dwelling consents issued nationwide.

Consents in Auckland have raised stock of dwellings about 16% since 2013.
Pop up about 30% in that time.
Interest rates far lower now also.
Sales pcm make interesting reading (total sales)

last 10 months Auckland been selling roughly 11% over LT average.
This making up for previously running below LT average in 2018-19.
So reversion to mean can now be expected once again.

Sales, despite pop increase in Auckland, have fallen 12% in last decade, compared to prev decade.
In the last mania (2014-15) pcm sales were averaging 4108 pcm, or 18.5% above the average for last 20 years.
Current mania is only running 11.5% above average.
Owner occupation % continuing to fall.

Interesting. Made me look it up.
Using this: https://www.stats.govt.nz/information-releases/2018-census-population-a…

(occupied and unoccupied dwellings, not consents)

"Theeeereeee'sss noooooo aaafffoordaaable suuuuuupplyyyyyy!!!!!!!!" there fixed that for the majority of those who would like to have the security of housing for more than a year (read for many that is any housing at all since over 98% of NZ homes are inaccessible, most of the 2% only for those over 65 cutting out those under 65, and rentals often deny people with disabilities access to housing) and those who would like the financial benefits of owning their own home but currently do not own or cannot afford any they can move to.

Looks like we'll be running short of houses for a long time.

Meanwhile net immigration has been basically zero for the last year.

I'd bet that we will soon hit a peak in home building if materials prices don't fall back.

I'd bet that we will soon hit a peak in home building if materials prices don't fall back.

So hitting the record we set in 1973 means we need to almost double the build rate to have the same supply effect.