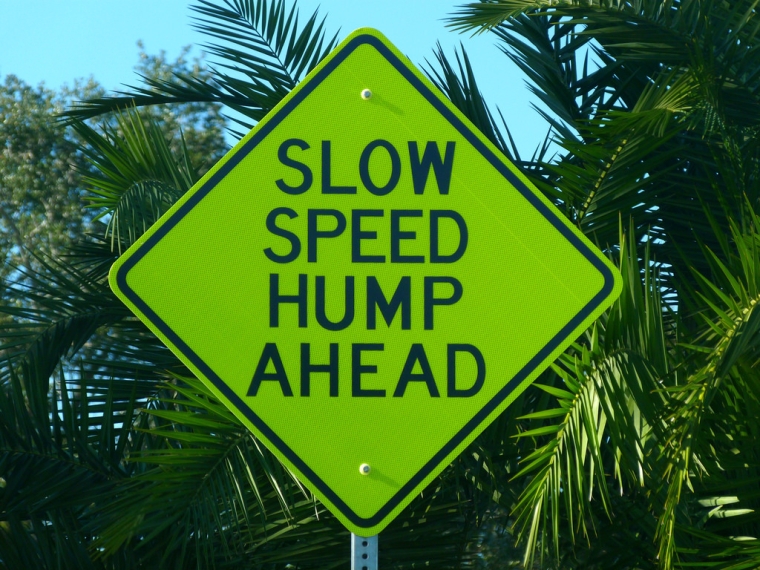 The average value of homes at both the top and bottom ends of the market are continuing to rise but at a slower pace than previously, according to Quotable Value (QV).

The QV Quartile Index, which tracks the average value of the 25% most and least expensive homes throughout New Zealand, showed average value growth at both the top and bottom ends of the market was 1.7% over the three months to the end of May. That's exactly half the 3.4% growth recorded for upper quartile properties in the three months to April, and just under half the 3.5% growth recorded for lower quartile homes over the same period.

However QV said it was still too early to say whether the decline in average value growth was the start of a long-term trend or merely a blip that will bounce back in coming months.

Many of the biggest declines occurred in centres where the housing market has been hottest, such as Marlborough, Wellington City and Napier.

"While it's certainly promising to see a bit of steam come out of the residential property market, we've still got some way to go until you can officially say it's cooling off," QV General Manager David Nagel said.

"Prices are still going up, by a lot in many places, they just didn't go up by as much in May as they have in previous months.

"Time will tell whether this is the start of a long-term trend, a slight seasonal downturn as we head into the colder months when the property market tends to be less active anyway, or even a market anomaly that will rectify itself in next month's set of figures.

"I do suspect that we'll likely see a continued slowing in the rate of price increases over the coming months, as the property market begins to find its new normal in the wake of the Government's March tax announcement [for residential investment properties], which has caused many potential purchasers to pause and take stock of the unfolding situation," he said. 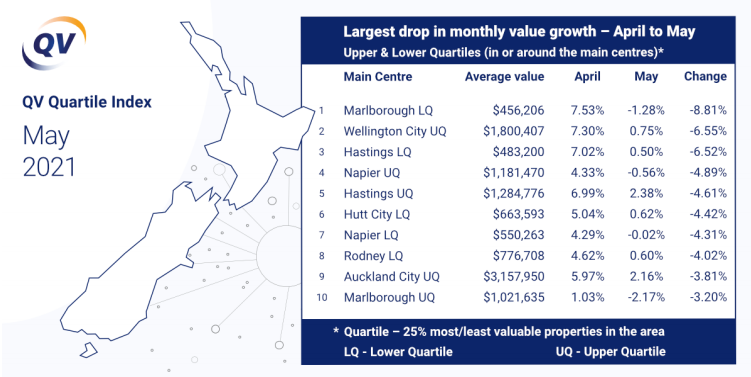 The auckland market 'slowed' UP with a median gain last month of 2.5 percent for auckland and 1.1 ex-auckland. That is like saying we slowed from 250 to 190 officer, in the 50k zone

Perfect analogy. If a car keeps driving at 250 km/h, then a slight miscalculation can result to a fatal crash. Even at 190km/h can be devastating, but the impact will be less severe compared to 250. Ideally you want the car at 100 km/h (Kiwis expect this) but you can't slam on the brakes while doing 250 expecting 100 all of a sudden. You want a controlled descent to avoid any fatal crashes.

No, it's like saying you were driving at 120km/h in a 50km zone, after accelerating 10km/h per second. You see the officer on the side of the road about to clock your speed so you ease off the gas, and he clocks you at 125km/h putting your acceleration at 5kmh per second.

Not really its like driving past the cop doing 180 after hardly bothering to brake from 200kmhr with your middle finger raised out the window as a last sign of defiance. Sure you slowed down but you don't really care because its not going to make any difference.

I think it's more accurate to say we hit 250kms, then the gas tank has run out of petrol, and we are slowly coasting along slower and slower. There is a cliff somewhere in the distance, and the two backseat drivers are debating via thier Facebook profiles on how much force to apply to the breaks to avoid said unseen cliff, noting that the car is also being chased by a pack of hungry velociraptors who are maybe (or maybe not) tiring themselves. There is also heavy fog in all directions and people on the side of the Road are trying to sell you dodge coins.

Given that our Government and Reserve Bank have put housing front and center in driving our economy, with business firmly in the back seat being told to shut up, news of the moderation in house price growth is unfortunate. My guess is the average Kiwi, forced to scrape by on meager local wages, will turn very hostile towards those institutions.

Home ownership is the New Zealand dream...and the Devil's bargain.

With median Auckland price of 1.3 million, where next ?

Wording from QV could also be that house price are still rising even after 3 months of housing policy and LVR but emphasis is on slowing...playing with words to calm and avoid taking any action that RBNZ and government may be forced because of headline that NZ housing ponzi is making not only in NZ but worldover.

If slowing means an eventual halt then it's game on.
The desire to hold in absence of cap gain and in the face of rising costs and decreasing profitably or losses = no incentive to hold.

Are we heading there? I'd say yest, but when we arrive is any ones guess.

Logical would be a better word. The prices are not currently logical based on historic metrics

Greg, one should ask QV, What is their destination of it being too early..... to know the effect LVR and housing policy, Is three months not enough or does it have to be three years or ......till it suits their narrative.

Clearly it will based around the timelines of home purchases. People who decide to buy a house then go to the bank or mortgage broker to get finance, this can take ages. Then they search for a home, building reports etc. they then often miss out on a few then finally buy. The settlement usually a month but can often be a lot longer.
Surly you can see why it takes a quite a few months to asses people’s initial buying intentions when the whole process can take ages.

We need DTI ratios urgently and they must also apply to everyone including first home buyers. IMO the reason they want to exclude first home buyers fib DTI ratios, is because then it could cause house prices to fall if FHBs aren't able or willing to pay the insane highly inflated house prices. DTI ratios need to be a circuit breaker to break the cycle.

Not sure if struggling first home buyers would agree they should be cut out totally? Why not allow FHB to have longer term mortgages if the goal is to allow them on the ladder?