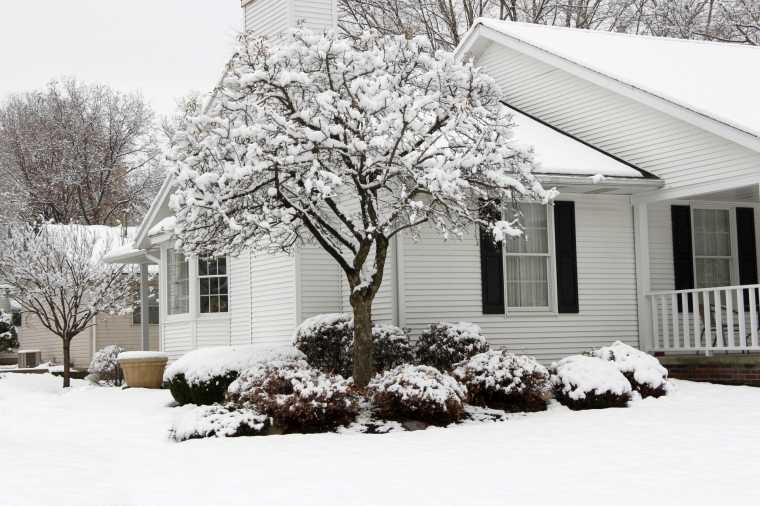 Activity is continuing to slow in the residential real estate market, according to the latest survey of real estate agents by the Real Estate Institute of New Zealand and economist Tony Alexander.

It found that agents reported fewer people attending open homes and auctions, there were fewer investors and first home buyers in the market and inquiries from overseas buyers were drying up.

"For the fifth month in a row following the March 23 [property] tax announcement, there have been more agents reporting a decline in numbers attending auctions than an increase," the report said.

"This is one of the developments which has contributed to a slowing in the pace of price growth since then, as seen in the REINZ House Price Index measures.

"It has also contributed to a slowing of sales in seasonally adjusted terms, according to monthly REINZ data."

A similar trend was apparent for open homes.

"For open home attendance we can see the same pattern of response as reported for auctions.

"The results from these two questions gel with those from other surveys of mortgage advisors and consumers generally, showing that peak market withdrawal occurred during the April - May period, but as yet we have not reached the stage of the surveys in our collection showing actual increases in buyer numbers."

The report there had already been a decline in the number of investors looking to buy properties before the Reserve Bank announced that loan-to-value ratio (LVR) restrictions would be reinstated, but that trend accelerated after tax changes for investment property were announced in March.

However the rate at which investors were withdrawing from the market had eased, although there was no sign of an increase.

There was also no sign of a mass exodus of investors from the market which was predicted by some landlord groups following the March tax change announcements.

"There has been no statistical evidence in any of our surveys or in any of the other measures available showing that there has been a wave of selling by investors in response to the March 23 tax announcement," the report said.

"There are many anecdotes of people selling, but the majority of these sellers are likely to be either bringing forward in time some planned rationalisation of their portfolio, or the continued selling of less desired stock which was underway ahead of the tax announcement."

Support us AND go ad-free. Find out more.

Perhaps surprisingly, agents were also reporting fewer first home buyers in the market although their decline in numbers was slight.

"High prices and lack of listings are likely to remain factors discouraging young buyers from seeking out a purchase," the report said.

The number of inquiries from overseas buyers was also continuing to decline.

"We continue to find no evidence to back up a view that the impact of the global pandemic will produce a wave of people (foreigners and ex-pats) coming to New Zealand," the report said.

The number of agents reporting inquiries from overseas was at a record low.

While most measures were suggesting a cooling of the market, price expectations continued to rise, with twice as many agents reporting that prices were still rising in their area than were reporting prices falling.

So I'm right the new tax non deductibility kicks off some amateur mom and pops.

It'll be interesting to see what happens when FHBs who haven't commit and had their pre-approvals expired trying to renew them post new LVR- especially when coming into the new season.

Guess get in quick?

Could cause new FOMO and crazy offers. Every crazy offer just pushes house prices even higher

Ah Tony Alexander, he needs to look at the articles from NZ herald for whom he writes for to see that there is NO cooling. Today’s article: 2 beddy home with CV of $2.075mil sold for $4.29mil. That’s over double the CV. Cooling my …. Facts state the opposite. Earlier article states RBNZ brining in additional measures as the house prices are not cooling.

Makes sense. Buyers are learning to not waste their time and money looking at homes when the vendors and the slimy agents are guaranteed to be playing games with fictional price expectations.

It only takes one buyer to bite, for the slimy ones to grab themselves another win.

and every win feeds into the next game too.

All open homes I've been to are pumping...

Yeah but... statistics. Are you suggesting they're wrong?

Data manipulation & spin. How does Tony get paid? Who's his core audience?

Are we e expecting real estate agents to respond in a survey that recent government initiatives have fallen short inviting even more. The marked is still running hot.

labour is destroying our economy.

Admittedly a totally biased author and I can't be bothered reading the actual report but if it is even close to true the you could say that Labour has been managing a booming economy as property has gone up 30% in the March year alone.

Even if there is a single buyer ready to pay higher price it doesn't mean market is cooling, at the end of the day the only thing mater is "how much the property sold for".

"Fewer buyers attending open homes and auctions as market cools ". There is no cooling at all if you think so than please visit some open homes before publishing this kind of info.

No cooling, quite simply the market is short of quality listings. Anything half decent is being snapped up.
Also, brrr it’s winter. Tony’s “survey” results will turn massively positive for the spring period and sizzle thru the summer.

Tony Alexander messiah of real estate industry does not want action, possibility of manipulating the data to represent that market is cooling....chill.....wait and watch policy is working Mr Orr.

Everytime their is a fear that Orr will act even though his action /inaction are not with real intent, RE industry and their paid people gets worried and come out with narrative to dispute 5.9% rise in just 3 months and that is after 30% rise in less than a year.

Is media not able to see through.....

Something is not making sense here.... Maybe it's time for us to introduce 20 more different tools to stop the housing prices to go up and to crash it back down to reality. Screw the free market economics!

Come to think of it.....heck, why not do something extremely absurd..... how about we just increase the house supply? Maybe that will work? Nah, your right. Let's just keep blaming the foreign buyers. Easier to scapegoat!

I was keen on reading what Tony A. wrote, nearly 15 years ago.

Since then, it became rather clear that he was a shill and had zero predictive value.

The quote from John Galbraith is appropriate here, "The only function of economic forecasting is to make astrology look respectable."...

Of course activity is slowing. There are less properties on the market, less investors willing to buy into it, less FHB's with suitably sized deposits, more FHB's willing to wait it out, and less NZ returnees with wads of cash.

Doesn't mean a house won't sell for a silly price. There will always be a buyer out there willing to pay over-the-odds for any property - as that Point Chevalier sale showed - but that has been happening for decades.

The real solution is more supply, and building consents are on the rise, but from what I've seen a higher percentage of them are for townhouses and apartments - urban densification is certainly on the rise - but Kiwis still have the dream of their 3-bed+ house on a 1000 m2 section.

For some reason the 'leaders' will not be happy until NZ is as overcrowded and unpleasant as the rest of the over populated world.

Governments, of any political ideology, have the unenviable task of juggling a vast array of issues while hoping to maintain a good enough following that they can stay in power long enough to actually deliver on anything they propose.

By not concentrating on inner city residential densification from the get go, and allowing the suburban population to grow, they ended up with the majority of city workers needing to commute to their places of employment.

By not investing in a proper, efficient and affordable public transport network, they ended up with the majority of those suburban workers needing to drive their pollution emitting cars each and every day.

By not doing proper road traffic analysis, and building the necessary arterial motorways and ring roads, they ended up with a road network that is congested, poorly maintained, and sub-par for the vehicle volumes we see today.

The mistakes of the past are not being learnt, and the expectations of the future are not being taken into account. The opportunities to fix these issues are being missed time and again, predominantly because the solutions were too bitter a pill for the population to swallow, and the Governments didn't have the backbone to push it anyway.

Along with an unhealthy dose of "it won't affect me, so I don't care" from the old guard.