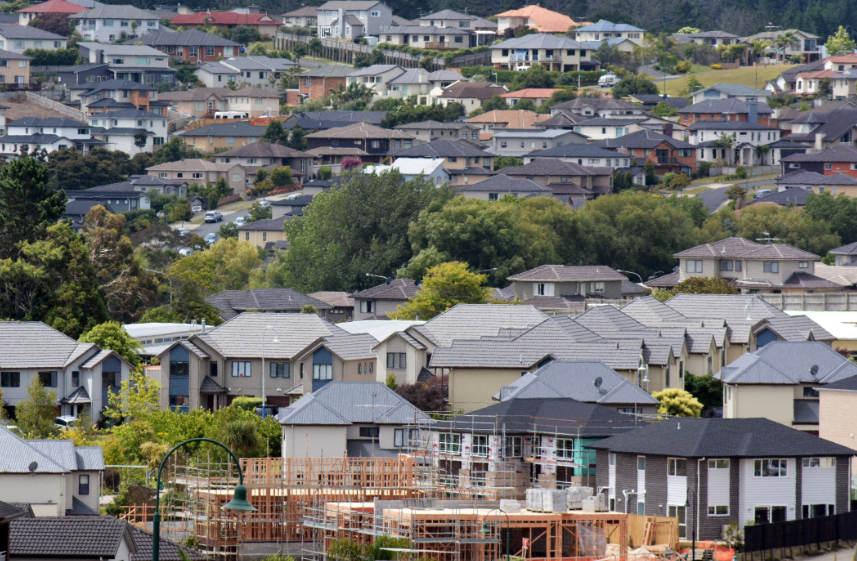 They found 70% of respondents had seen clients change, or voice their intention to change, their residential property investment behaviours due to ongoing changes to the bright-line test, and a new rule stopping investors from deducting interest as an expense when paying tax.

The Government said investors who bought “new builds” from March 27, 2021 would be able to continue deducting interest as an expense for 20 years from the time the property’s code of compliance certificate was issued. See this story for details.

Govt getting the cooling effect it wanted

CA ANZ NZ Tax Leader John Cuthbertson said the problem with this change is that it has been applied before all the details have been ironed out, and before a law change has actually been made. A bill is only expected to be passed early in the first quarter of 2022.

“The survey suggests that the housing market has been given a policy placebo, in the form of legislation that is influencing behaviour before it is fully developed and enacted,” Cutherbertson said.

“Residential property purchasers and investors typically react to the specific detail of legislation. However, in this case the market appears to be reacting to the complexity of the proposed legislations carveouts and inconsistencies, and the fact that it won’t know exactly what is in place until March 2022, despite it being backdated to capture activity in 2021.

“To be fair, the Government’s aim was to cool down the overheated housing market, which is causing a range of economic and social issues, but we’re not sure this is the best way to do it.”

It is also worth noting the Reserve Bank has reinstated loan-to-value ratio (LVR) restrictions, which were temporarily removed in 2020, at a tougher level. Investors now need a deposit of at least 40% to get a mortgage.

The reinstatement of LVRs has seen new bank lending to investors drop off after a big spike. 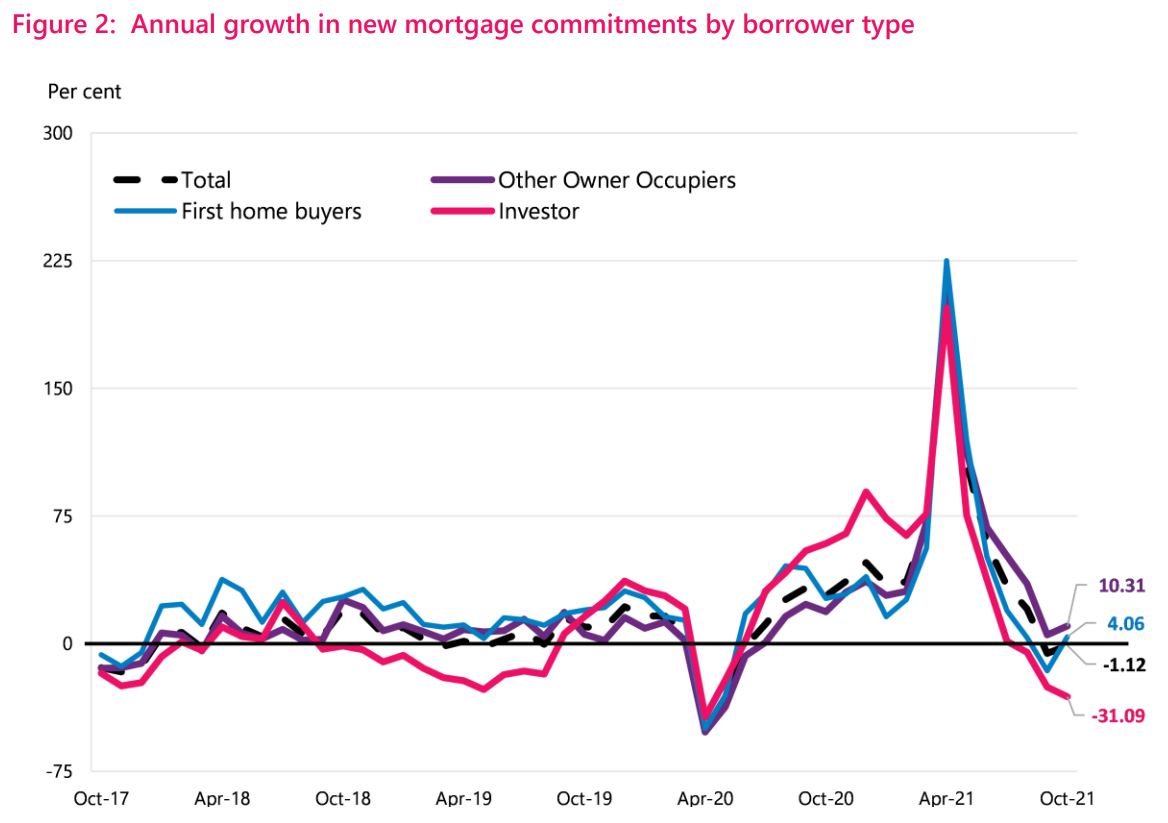 Coming back to the survey, over 21% of respondents said they were not at all confident about advising clients on the interest limitation rules. Over 65% felt they would be somewhat or extremely difficult to comply with.

There is some complexity when it comes to how the interest limitation rules will intersect with the bright-line test, which was recently extended from five to 10 years.

Under the test, investors who buy and sell residential property within 10 years, have to pay income tax on any gains made. The 10-year test applies to property bought after March 27, 2021.

But, the Government considers it an overkill preventing investors from writing off interest as an expense when paying tax annually, and then potentially requiring them to pay tax on any capital gains.

So, it’s proposing that if investors are taxed when they sell their property, they will in fact be able to deduct interest as an expense.

For example, if someone on-sells a property within nine years of purchasing it, they will be able to deduct all their interest as an expense at the point of sale, when they come to pay income tax on any gains made under the bright-line test.

But, if someone on-sells a property within 11 years of purchasing it, they won’t be able to deduct interest as an expense every year, and then won’t have to pay tax on any gains made on the sale under the bright-line test. See this story for details on this issue.

Cutherbertson said, “The survey shows a considerable lack of confidence in how the legislation will work, and that will likely result in non-compliance and issues around who is captured and who isn’t.”

Similarly, TMNZ Chief Executive Chris Cunniffe said, “There’s likely to be a lot of variability in compliance with these laws. Especially as not everyone has a tax agent or accountant helping them.

“While the extension of the bright line test to 10 years might land well for most mum and dad property owners, the denial of interest deductions and how that relates to new builds is likely to be misunderstood.

“There’s opportunity for Government to provide greater clarity on the law changes and simplify certain aspects to help owners and accountants alike.”

Inland Revenue, in its Regulatory Impact Statement prepared for the Government, said the interest deductibility rules would “require taxpayers to retain comprehensive records of interest expenditure incurred over the period of ownership of the property for a longer period than otherwise required to by law”.

“Investors who know that the sale will be taxable will keep all records to ensure they can claim their interest deductions. For investors who are not expecting to be taxable on sale, best practice may be to maintain comprehensive records throughout the period of ownership,” it said.

Inland Revenue, which opposed the interest deductibility policy entirely, said it would result in high compliance and administration costs for an estimated 250,000 taxpayers and erode the coherence of the tax system.

No cold feet, it is just to pressurize government to back of a little as in the heat of moment Jacinda did and now will be happily obliged to back off as they did with new build.

Wow. Surely it was not all about rinsing income tax, cos it sure looks like it.

if someone on-sells a property within 11 years of purchasing it, ..... then won’t have to pay tax on any gains made on the sale under the bright-line test.

Maybe. But The Bright Line Test isn't the end of it.

The IRD can still come after anyone that made a capital gain on sale - regardless of the length of time the property(s) have been held.

Arguably, anyone who bought  and rented out a cash-flow negative property from Day One (Negative Gearing) could be seen as having the intention of recouping that loss via Capital Gain in the future, and therefore even if they hold the property for 50 years, they could still be liable for Income tax.

Generally, any profit you make on the sale of a rental property is taxable. The intention to sell does not need to be the main reason for buying the property - it could be one of a number of reasons for buying.

That's the Intention Rule. I assumed we were all ignoring it, or pretending it doesn't exist. Or matter. Or just applies to hardcore house flippers, not you and I.

And as we all know, it doesn't matter what you and I may think, it only matters what the IRD does.

Certainly seems to have been the most socially acceptable form of tax evasion over the last twenty years.

Back when you were in business you must have kept your own taxes as clean as a whistle seeing as you are such stickler. For the record, I keep my tax deductions legit.

Property is heading toward the moon and whatever govt. has done is not enough. A lot more needs to be done but the deceit by labour will continue till their term-end.

If govt takes a step back it will make the asset more inflated. Already there is more inequality, more poverty, more greed, more crime, mass exodus & more demographic change from the day this govt comes into power.

Failure at each front except lockdowns.

That graph above is well graphic. Investors have pulled back big time. Who will buy now? FHB? Ah nope. Current prices are beyond their reach, so who will continue to buy existing residential properties at the current levels?

Given his day job the dude should have been a lot smarter... he can probably get himself a cheap loan on high lvr through his contacts

Keep taxing them. Renters organise your rent strike.  This landlord virus mutant is the worst yet. We can do this team of 5 million. Rid the land of this landlording  plague.

In an environment where interest rates are less than inflation, then investor behaviours inevitably get driven back towards land-based assets. And for most people that means houses.

Some of my most interesting conversations occur on the Coronet Peak Chairlift. As one North Island accountant said to me once, nearly all of his wealthy clients had made their wealth through property. It's crazy but that is the way that it is.  And he had also used that insight for his own benefit.  Perhaps I should add that us oldies who are lifetime addicts to the snow can get cheap season passes that allow us to hobnob with the wealthy as we ascend the mountain. It's a different world, them and us.
KeithW

It's a sad state when they're all getting rich off passing debts to the next generations not off building a productive business.

The key point is that they do not set the rules of the game. Rather, they play the game to rules set by others.