Less than 100 homes sold to foreign buyers in the June quarter, while foreign owners sold more than 200 of their NZ properties

Property / news
Less than 100 homes sold to foreign buyers in the June quarter, while foreign owners sold more than 200 of their NZ properties 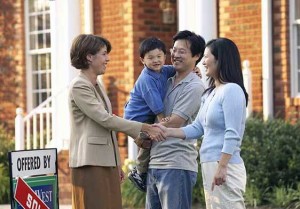 In the June quarter just 96 dwellings were purchased by people who did not hold New Zealand citizenship or a New Zealand residence visa.

That was the second lowest number after the March quarter of this year, when just 93 properties were purchased by foreign buyers.

By comparison, in the June quarter of 2018, before the restrictions were introduced, 1116 dwellings were purchased by foreign buyers.

Statistics NZ estimates that about 0.3% of residential dwelling transfers in the June quarter of this year were to foreign owners.

However foreign owners have been more active as sellers than as buyers, with sales New Zealand dwellings by foreign owners running at more than twice the pace of purchases.

In the June quarter of this year 210 dwellings were sold by foreign owners, down from 492 in the same quarter of 2018.

The figures suggest foreigners are much less active in NZ's housing market than they were before the restrictions were introduced, although they do not give a complete picture.

That's because the figures only capture transactions where a property was held in an overseas person's own name.

They do not record transactions involving either a sale or a purchase where the ownership of the property was via a company, even if the controlling or beneficial shareholders are foreign.

The figures are also very unlikely to capture most transactions where the property involved is owned by a trust, even if the beneficiaries or most of the trustees are foreign.

Note: Statistics NZ have advised that their original estimate that 3% of dwelling transfers in Q2 2022 were to foreign owners was wrong, and have corrected this to 0.3%. We have amended this story accordingly.

with an article about foreign buyers, and you post a picture with Asian faces on it. what are you actually insinuating?

Only someone who has a hang up about what race a person might be notices such things. Most of us we don't care about race any more than hair colour.

it is not a secret that NZ govt and media have systematic discrimination against Chinese. it is so plainly obvious.

but lucky that banks still happily lend to us.

The  banks are the prostitutes of the financial world ... they don't discriminate on race , sex or religion ... they'll give it up for anyone who has the wherewithal  ...

Pathetic comment, already hell broken by the Chinese virus and I've never seen any kind of discrimination in NZ or back in UK. People from all nation lives happily.

If someone is tolerant don't push them to the wall.

if it's a Chinese virus, why does it get to you?

All I saw was a young family shaking hands with the real estate agent that helped them into their first home?

Whatever, most countries (Google Canada for an example) have been happy to admit that Chinese money flew around the world looking for a home post the GFC.  That money was often invested in residential real estate in westernised countries.

Get over yourself. All those people phoning in from Africa investing in the nz housing market right? Lol

It was being pumped by marginal Chinese buyers. The photo is accurate.

I speculate that a lot of foreign money behind housing is held in syndicates with a relative or close friend with NZ residency/citizenship holding title.  Effectively these are informal ownership methods which are difficult to monitor let alone regulate.

Or Singaporean holding companies covered by the FTA. Hard to say how much has stopped, and how much has just re-routed around these regulations.

Restrictions on foreign buyers introduced in late 2018 mean people who are not citizens cannot buy most types of homes, except for new apartments in developments and multi-storey blocks. But agents are anticipating an upswing in interest from Chinese buyers as the new lunar year begins, with many buying property through family members living in New Zealand.

Barfoot & Thompson director Peter Thompson said his firm had seen Chinese buyer numbers fall since the restrictions, although they still made up 25 per cent of its sales.

"Many have family here in New Zealand and they often buy property through them. The hardest part is not in fact the legislation, but getting their money out of China."

I less than fondly remember when there was a material amount of offshore buying and the National government flatly denied it was happening.  Yet everyone in Auckland knew that was a lie, supported by giant billboards near the airport extolling the virtues of listing your property on that Chinese real estate website and even similar posters on the air bridges.

Then to top it all off, Key sells his mansion to an offshore Chinese buyer.

Yup, it was obvious what was going on.  I wonder if the likes of the Nats really thought we would believe their propaganda or they just didn't care.

As much as I don't want to vote Labour. If national get back they will open the floodgates to waves of more Chinese immigration and investors.

As long as they could make a quick buck the impact on younger generations didn't seem to matter.

Well (given the limitations of the data that's available), one would have to say that a 91% decline is a measure of the success of the policy. It's what it set out to do, and it seems to have succeeded.

Mind you, you would have to be a total muppet buying in the NZ market now and for the next 12 months at least.........

A cynical partisan fanboy might come along and claim that the numbers have somehow been fudged.

The stated objective of the policy was to limit property price increases . On that measure it was a pathetic failure.

Seems so.  About a year ago the DFA site had an item that mentioned lots of chatter on Chinese websites about NZ being a good place to sell out of.  They were right.

Well I do hope foreign buyers have been greatly restricted.  I see no reason for overseas nationals to 'play' in our already inflated residential property market.

Well, I think it's as much to do with the inability of home owning foreigners to be confident of entry (temporary or otherwise) into New Zealand because of the Covid upheaval, plus the general downturn in the housing market, as it is due to government introduced restrictions.  I know of an American couple who owned a holiday property near to where I live and would come here for three months every year over our summer. They sold that property solely because they could not be sure of future entry into the country due to the then Covid MIQ restrictions.  Now sales of NZ property by foreign owners may also be on the rise because of the falling NZ dollar and those owners not wanting to lose money on repatriation.  Of course if the NZ dollar keeps falling then foreign buyers will find Kiwi property more affordable again if they can negotiate the restrictions.

Warwick D ....that American couple have done the right thing and they should wait till things settle right down with covid restrictions etc ....and while the NZD continues to tank, they could look at rebuying again ..... plus even buy something that has decreased in price .......How do I know all this ....been investing in residential property in the US for 10 years, based here in NZ.

How’s the investing going in the USA? Better/ worse returns than NZ? Interested to know, heading over there for a month to have a look.

We have some city’s where FHB have very little chance of buying a home. What is the point of selling to people who don’t live in this country so they can speculate and push prices up.

Then we taxed the locals and exempted the speculators...what a rort of Kiwis. Must've been something to do with the infestation of parliament with speculators.

I wonder how much NZ property has been brought with unrealized foreign equity that currently, is looking like it actually isn't worth diddley squat.

Exactly - the horse has bolted and they are celebrating closing the stable - how many 'residents' or even new citizens own multiple houses? There has been plenty of time to set up legal structures that look NZ owned but are funded off shore

I can see where the problem is.

So true kiwimm ......but don't let the facts get in the way of a good story...., it was the banksters all along, push for immigration to increase competition in the housing market .....locals jumped on board the train .....prices kept increasing to the point where they were unsustainable ......NOW we will reduce immigration and as the locals can't afford them, we'll push up interest rates to taper down house prices .....but we'll still get great returns, as much of our existing mortgage book is set to produce better returns with those higher interest rates  ........AND if it all turns to custard, we'll grab the oldies term deposits (NOT guaranteed in NZ)  and go to the government for a bail out !! ......ala BNZ in the 90's

YOU COULDN'T MAKE THIS STUFF UP !