Former Hanover Finance investors will need to show they planned to sell Allied Farmers shares ASAP to claim any money back, IRD says

Property
Former Hanover Finance investors will need to show they planned to sell Allied Farmers shares ASAP to claim any money back, IRD says
13th Feb 12, 11:58am by BusinessDesk 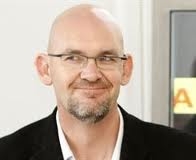 Investors in the failed Hanover and United finance companies who accepted shares of Allied Farmers in a debt-for-equity swap may be entitled to deduct any losses incurred when they sold their holdings, the Inland Revenue Department (IRD) says.

The investors were issued with Allied shares at 20.7 cents apiece, a price they promptly fell below. Allied’s main business, finance company Allied Nationwide, has since failed and the shares last traded at 4.8 cents. The latest price is a huge gain from the sub-1 cent levels it plumbed before a share consolidation trimmed stock on issue to 90.8 million from more than 2 billion.

IRD “will consider cases whereby a taxpayer can demonstrate that their main purpose in acquiring the Allied Farmers shares was to resell them,” said IRD group tax counsel Graham Tubb.

The investors would have to show intent to sell the shares as soon as possible after they were issued in 2009, such as sell instructions to their broker.

“The amount of the deduction that may be claimed is likely to be less than the amount that investors may have invested with Hanover and/or United,” the tax department said.

A tale of woe

Property financier Hanover, which had heavy exposure to Queenstown property developments Five Mile, Kawerau Falls and Jacks Point, froze NZ$554 million owed to about 16,500 investors in 2008. Investors' subsequently approved a moratorium proposal - over the option of receivership -  that pledged to pay them back over five years. Hanover investors were told - in an independent report by PwC's John Waller and David Bridgman who were hired by trustee Guardian Trust - they could expect to get back between 60c and 83c in the dollar of their NZ$554 million over the five years

The, a year after approving the restructure, having got back just 6c in the dollar, Hanover investors again spurned the option of receivership and narrowly voted through Allied Farmers' debt-for-equity swap.

Allied Farmers, led by managing director Rob Alloway and chairman John Loughlin, promised Hanover investors the opportunity for returns through future dividend payments and through an increase in the value of their Allied Farmers' shares.

Last December the Financial Markets Authority said it would file civil claims this year against the directors and promoters of Hanover Finance, Hanover Capital and United Finance, seeking penalties and compensation for investors. The proceedings will relate to the 2007 prospectuses and subsequent advertisements, after which about NZ$35 million worth of investments were made in Hanover Finance, the FMA said. The Serious Fraud Office continues to probe Hanover.

Ivan, my understanding from what IRD has said is no. But let me check with them and get back to you.

What IRD says is you need to be able to prove an intent to sell the Allied Farmers shares at the time they were issued. So if you still hold them, and can do that, you may have a case.

And here's the full IRD announcement:

Inland Revenue has clarified that some investors are able to deduct losses incurred from selling shares which they acquired as part of the Hanover Finance and United Finance/Allied Farmers debt-for-equity swap in December 2009.

Group Tax Counsel Graham Tubb said that Inland Revenue will consider cases whereby a taxpayer can demonstrate that their main purpose in acquiring the Allied Farmers shares was to resell them.

"This has been a slightly unusual situation and the same outcome would not apply for people who had lost money in other finance company collapses. However, we accept that in the case of people who participated in this debt-for-equity swap, that purpose or intention can best be demonstrated by the steps put in place to sell the shares as soon as they were issued," Mr Tubb said.

"For example, this could involve a taxpayer showing us that they had sell instructions with their stockbroker at the time of the share issue or that they sold the shares within a very short time (a few days) of them being issued.

"We acknowledge that taxpayers' circumstances are different. Not every sale of the shares at a loss will be deductible and people should consider talking to us about it. The Commissioner has the discretion to amend a taxpayer's assessment where it is necessary to ensure the correct amount of tax is paid."

Mr Tubb said that in order to determine the amount of any loss, the cost of the shares must first be established.

"The amount of the deduction that may be claimed is likely to be less than the amount that investors may have invested with Hanover and/or United.  The loss will be calculated based on the price for which the shares were issued, which we believe was 20.69c less the amount received from the sale, and any fees or commissions incurred.

"However, our message is that people should contact us to discuss their situation."

For taxpayers with a 31 March balance date, the deduction is available in their 2010 income year.

My parents wanted to sell them, as soon as they were provided them. But the company managing the issue, issued them under the wrong name, so they couldn't sell them immediately, and it took quite a while for them to be put under the right name. In the meantime they dropped like a stone. There was also the dealy in sending them via mail, so some people were advantaged if they got their mail earlier than others. They have still got these shares. Almost worthless now, so would be good if they could get some money back for the losses, especailly as other FCs were bailed out by the taxpayer, and got 100% of their money back.