More than NZ$1 bln worth of mortgages approved last week for 12th week out of last 13; Strongest run since 2007

More than NZ$1 bln worth of mortgages approved last week for 12th week out of last 13; Strongest run since 2007 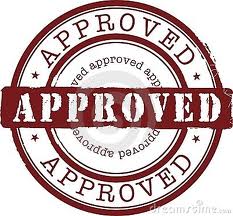 The last time the data, which the Reserve Bank has been tracking since October 2003, saw a run of NZ$1 billion plus weeks like this was in 2007 when 19 of 20 weeks from January to June saw at least NZ$1 billion worth of mortgages approved.

During the recent strong run the high came in the week to March 30, 7,245 mortgages were approved valued at NZ$1.302 billion. The low point was the 5,210 mortgages worth NZ$868 million approved in the week ended April 13, which included Easter Monday.

By volume the highest number of weekly approvals, since the Reserve Bank started tracking the data, is 11,193 in the week ended December 15, 2006 and the highest value recorded is NZ$1.542 billion in the week to March 16, 2007.

However, the strong recent run comes with the Reserve Bank saying in its Financial Stability Report issued last week that competition in the banking sector is rising, with banks most noticeably starting to compete for housing lending. Three of the big five banks - ASB, BNZ and Westpac - have been growing home loans with loan-to-valuation ratios above 90% and all the banks have recently cut some of their fixed-term mortgage rates. See more on this here.

The Reserve Bank defines a mortgage approval as a firm commitment to provide credit for the purchase of housing, which has been accepted by the borrower. It says a commitment exists once the home loan application is approved, and a loan contract or letter of offer has been issued to the borrower. Seven banks respond to the Reserve Bank's survey, between them representing 99% of registered bank lending for housing, and about 94% of total housing lending.

These are mainly refinancings from other banks.  While the dataset excludes customers that refinance using their existing bank it is still capturing customers switching across to other banks.  LIke your past articles point out there is a mortgage war going on, so this sort of activity is high.  The series is under development to remove these external refinancings.
Mortgage approvals lag REINZ settled deals, and aren't a forward indicator for increased levels of activity, so people shouldn't read too much as an indicator of residential activity.

oh, duh, you said that at the bottom.  sorry.

Yay, so we're in the same stupid cycle that redirects all investment to unproductive things again.
No wonder this country doesn't create many high paid productive industries and businesses, has house prices amoung the most overpriced in the world, and skilled young people keep going overseas chasing better money.
This government is a total failure.

govt a total failure ?  i havent seen a poll that looks remotely  like that           whats your plan then - tax our way to prosperity?

Both sides are failures....looking at say Greece we can see that the extremists are getting MPs because ppl dont want what the two big parties offer.....
regards

I'd rather have tax levels at the point where we can actually pay our bills rather borrow a billion a week, and selling off the high earning family silver to boot, trying to save money in ridiculous places, doing things that in the long run will cost us more money.
Just like back in the 90’s when they thought they were smart deregulating the building industry, causing the leaky building disaster, what has that cost the country? 30-40 billion, even more probably.
Face it they don't have a clue what they are doing.
They are the most financially inept government we have had in years, Key is a disaster for the country.

uh no....a lot of the problem can be laid at HC's and Cullen's feet...they had 9 years to cool the housing ponzi scheme. They also had the budget surpluses to sort a lot but chose not to do a thing....so they have left us huge risk...and now JK/we have limited choices.
JK etc has been left a poor hand, simple....though I'll conceed 9 years of National would almost certianly have been little better and quite possibly worse....However look at the UK, or USA or etc etc in really serious trouble....NZ on the other hand has suffered little in 3~4 years compared to many.
regards

Key is exercising deliberate and radical choices everyday.  Take the $1.1m annually we'll be paying a new "Board" of three crony mates to oversee welfare reforms from the new quango to be established.

Kate you are being too kind - it's got to wholsale transfer proportions - I despair listening to the Key apologists who are equally raped for the benefit of the chosen few.

They are not beneficiaries and yet they seem not to know it. Dogma and ideology tell them they are chosen but they are not. They too have pay and pay dearly they will.

Couldn't agree more - there are none so blind as those that will not see.

Decent good solid pragmatic policies that will position this country well for the future.

That it sticks in the craw of the Left is but sweet music to my ears.

That fact that you think I'm "left" - proves the point of my quote above.

Let me rephrase it for you then so that my meaning is abundantly clear.

Decent good solid pragmatic social and economic policies that will position this country well for the future.
That it sticks in the craw of Kate, and the Left, is but sweet music to my ears.

Let me rephrase it - the fact that you still make the distinction between "left" and "right" proves the point of my quotation above.

Doesn't prove a damn thing. Who died and made you God or political, social and economic thought? Left and Right exists. If you can't or don't want to see that, then that's your problem.

Now who's being hysterical?

There is no left and right except that manufactured for popular consumption, just two different wings of the staus quo

I'm not left or right, just plain pragmatic and I know when somebody is stealing from me as an individual for the collective benefit of others.

No one is stealing anything from you, you're just being hysterical.

I see you are not above a little character assasination - Am I shedding to much light on the scam?

Dear Experts.
can any one give me a advice should I fix now or leave it with floating?
thanks

Dear DunDan .........your inquiry should be addressed  directly to Bernard  or Olly.....whether you will be any the wiser is another thing.
All positions at the moment are speculative on outcomes (Global) that may affect the cost of borrowing and so it gets really complicated...
Tell you what just get the best fixed you can for say 12 months and sweat it out....!
On the upside Australasia just bought a crapload of Spanish bonds ,...so I expect we'll be rolling in it anytime now......rolling in it...(get it..?)

Who in this part of the world bought the Spanish bonds?

Now don't get all ramped up there Gareth......no story here.....!!! just emphsising the point of connectivity is all...
OK Gareth ...who did buy the current batch ....? who as in the major block.
Well normally  in the 5 to 10 range it would be Spanish Banks wouldn't it..?, but you gotta think they'd be a bit over stoking the fire by now....choking on their own debt add Moodys dowgrade to boot.
So maybe the Froggies might be doing their bit as it were and hoping Hollande stays market freindly.........or maybe there's a little of  start a fire here to stop a fire there..!
I think this could be so ....yes.??

At an individual level interest rate competition is good for mortgage repayment affordability. At a national level all competition does is create a race to the bottom in lending standards that we saw with sub prime in the US. For the banks it is lend or answer to the shareholders for reduced marketshare and revenue. Reduced marketshare and revenue means reduced salaries and bonuses for executives who pray they will not be around in a couple of years when it implodes. At worst they get fired and take the golden parachute. Bad boy take your $5m and piss off!

The question isn't over 'approvals', it's whether they will ever be repaid.

That's a draw-down from the future.

Can't happen. So what happens to all the 'negative pigs'?

Don Brash (not known for his left wing views) commenting on bank executive prudence and decision making said last year,
“Self regulation works provided the people doing the self regulation have their proverbial's on the line. If they’ve got nothing to lose they’ll gamble with your money if they can. So you have to be in a position where you lose your shirt, you get absolutely thrashed…. If you think there is no downside in taking any position you eliminate any caution or prudence.”

He also said  “I have some sympathy with the view of Nassim Taleb, the author of Black Swan, who early in 2009 wrote ‘Nothing should ever become too big to fail…Whatever may need to be bailed out should be nationalised; whatever does not need a bailout should be free, small and risk bearing.’”

Seriously, if all this low interest, low deposit lending explodes in the faces of the banks, who will have to answer for it besides the taxpayer in a bailout? All the executives will say is sorry, we were only doing what everyone else was and who could have forseen it. A nice golden parachute eases a lot of damage to the reputation.

Our two trick JonKey... Dairy exports and kiwis selling houses to each other at increasing silly prices! Pathetic!