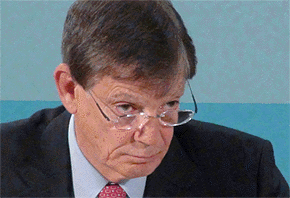 The Reserve Bank is warning it will use new tools for controlling bank lending if currently subdued credit growth turns excessive again.

And it has its eye on the overvalued Auckland property market.

“But excessive credit growth could hinder rebalancing of the economy and accentuate existing vulnerabilities,” he said.

Debt levels in the agriculture sector were still high, especially among some dairy farmers, leaving the sector vulnerable to a fall in incomes, Wheeler said.

Households, too, were relatively indebted due to the substantial rise in borrowing over the last two decades.

“House prices are rising, particularly in Auckland, in the face of housing supply constraints,” Wheeler said.

“Excessive credit growth could worsen housing market imbalances given that house prices appear overvalued on a number of measures,” he said.

While current credit growth was reasonably subdued, the Bank remained “alert to developments that might warrant macro-prudential intervention.”

The Reserve Bank was working on implementing a counter-cyclical capital buffer framework aimed at improving the resilience of the banking system in the aftermath of credit booms.

That tool kit includes controls on loan-to-value ratios for mortgage lending, requiring banks to hold more (or less) reserves against lending, and core funding ratio requirements stipulating how much short-term funding banks are allowed to access.

“If credit demand was to strengthen significantly, and banks were willing and able to accommodate that demand, indebtedness (relative to income) could resume an upward trend eroding households’ resilience to shocks,” it said.

The Bank noted some regions had shown only very subdued rates of house price appreciation over the past year, while Auckland and Christchurch, which accounted for a significant proportion of the housing market, had seen significant increases.

“It is expected that expansion in the supply of housing and housing affordability constraints will moderate house price inflation,” the Reserve Bank said.

“House prices are already elevated relative to fundamental metrics, such as income and rents, and a property market rebound would exacerbate the risk of a sharp property price correction at some point in the future,” the Bank said.

“Household debt is largely secured on property assets and a substantial property price correction could result in significant strain on household and bank balance sheets.”

Now for the action, please

I just hope he tells the Government what he wants and does not take no for an answer.

The Reserve Bank is warning it will use new tools for controlling bank lending if currently subdued credit growth turns excessive again.

1. He won't (any measure to slow credit growth will cause the economy to slow even further)

2 He Can't. (the powers to be won't let him....the whinning from the political and business community will be deafening)

3 It won't work.......(everybody , especially the banks will just go round whatever he imposed )

Instead of just aimlessly talking about it.  The Government needs to urgently take a very large stick to the housing supply side impediments and immigration demand side pressures.  The world Ecconomy doesn't seem to be headed in a good direction despite all the positive spin, and the last thing that we need is to make matters worse for ourselves.

"That tool kit includes controls on loan-to-value ratios for mortgage lending, requiring banks to hold more (or less) reserves against lending, and core funding ratio requirements stipulating how much short-term funding banks are allowed to access."

If Wheeler does all this, it would be excellent. Outstanding actually.

Dose guys have so much "hot air" they could cook ma grits,  just by breathin' on da pan !!

Is Wheeler's “alert to developments" the equivalent of Bollards "monitoring closely"? He has the opportunity now to stamp his authority on the banks and introduce those prudential measures in Auckland before things spiral out of control again.

we'll soon see what the man is made of...and how 'independent' the reserve bank really is. I'm hoping he has a backbone

"stamp his authority" ...that brings on a "YEE HAA" ..neva have I seen dat done in a while.

Increasing the supply side of housing would just make matters worse, it doesn't matter how many houses there are, NZers, particularly women, will just want a bigger one. Double digit interest rates are the only thing that will control house prices - and as an aside - currently they are more than justified reflecting risk.

Lol - yes women should be banned from reading Architectural and Lifestyle magazines and watching home makeover shows or Grand Designs. At the Ponsonby school the kids went to, two topics dominated conversations between mums. Holidays and houses or their latest renovations. Imagine its the same at any middle class school. Life would be insufferable without the regular overseas trip and a granite kitchen

Christchurch is obviously a special case and should take care of itself when building gets underway in earnest. Can the RBNZ implement some policy that only applies in Auckland?

Has that ever been done here?

The RBNZ can't but the government can.

The Auckland-specific part of the problem is 100% immigration driven. Chinese money is concentrated in Auckland, and the bulk of new Immigrants to NZ stick in Auckland.

Banning foreign ownership of residential property would hit Auckland far more than anywhere else in NZ and is something that MUST be done if the government wants to do more than just pay lip-service to the looming housing crisis.

couldn't agree more Esprit. That's what aussie did and their bubble is gradually deflating. And that's what hong kong is doing, on this site the other day, but with a different form, a tax on non-residential. Houses here are for people to live in here. Not for speculation or investment by overseas people, which has harmful consequences for NZ and our economy.

So many countries place restrictions or ban sales of property to absentee foreigners we could hardly be called out for doing the same.

Immigration doesn't have to be permanently halted, just suspended for 1-2 years until the pressure is taken off in Auckland. Otherwise supply will never catch up to demand.

A survey of Aucklanders wouldn't go amiss either on how big they want their city to be, with clear pros and cons of further rapid population growth highlighted.

Not only genuine immigrants but investors with bottomless pockets.

Knock those on the head and also force them to liquidate within a defined time limit or possibly like Australia allow only investment in new or off-plan buys.

As we can see low interest rates help stimulate a bubble in property.  I think banks should only lend based on average mortage rates of between 7-8% and not lending on 5%.  Otherwise the consumer will be stuck when rates rise and the domestic economy cannot improve unless wages go up with mortage rate increases.  I don't think the banks have learnt anything from 2007 and will still dish out massive loans willy nilly.  We can expect big bank losses on Australian owned banks at some point when it all turns to custard.  All we can hope for is some world event to occur that will put house price inflation on hold for a while eitherwise wheeler has no option but to raise rates even if we don't like it. Remember its predominately low interest rates that are fueling the bubble. If the kiwi was to lose value this would also hamper rates as it will likely lead to inflation on imported good.

Somehow I don't think some mealy mouthed words and a stern look over his glasses is going to have much impact on the spending habits of Kiwis.

I agree Mark, someone's got to protect us from ourselves, doesn't he realise that personal responsibility went out the window a couple of decades ago.