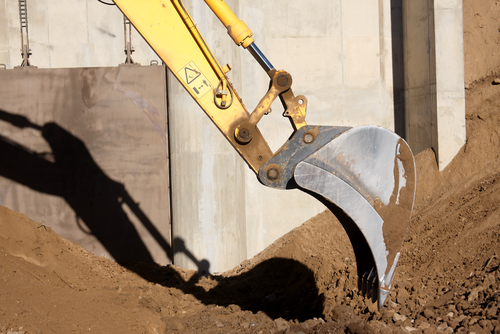 Ratepayers may have to bear the brunt of Government moves to rein in council charges for property development, the body that represents local authorities says.

It also agreed with providing a common methodology to calculate costs.

"However, LGNZ cautions the Government on its proposal to narrow the charges that councils can put on new sections as it may result in ratepayers having to meet the cost of new developments," he said.

"LGNZ also disputes Housing Minister Dr Nick Smith’s claims that development contributions are out of control, and notes the Minister has quoted examples which are well above the average."

Yule said that the development contributions –  fees paid by property developers to help cover the costs of new services for developments, such as water and sealed roads – had increased "only in line with general costs of building".

He said that development contributions in New Zealand were "comparable" with other countries such as Canada and were "legitimate costs of private development".

Development contributions represented only about 4% of the total cost of building an average 145 square metre house in Auckland, while 36% of the cost was related to land and 49% for labour and materials, he said.

"Contributions are only a small component of the cost of development, and include council provision of infrastructure supplied directly to the home.

"While LGNZ supports developer agreements in order to share costs, it wants to be assured that costs are not passed on to ratepayers without a community’s agreement to do so."

Transcription of Yules' remarks (remember I did predict wailing and gnashing of teeth...)

You mean we gotta treat our new residents as Customers?

For years, we have managed to treat them as Serfs, Minions, and Cash Cows.

By inventing ever yet more Artful (pun, geddit?) charges, fees, levies, contributions, and please note I did NOT say back-handers.

And also please note that None of this affects Rates up till now!  Because our elected representatives (we send 'em a postcard each Christmas to make them feel a bit noticed) keep an Eagle Eye on the Rates roll-up, and it's darn hard to get anything clever in there.

So we just have all these other revenue buckets - a one-liner on the Annual Report, if'n' yer really lucky and we don't hide it all in a Note to the Accounts! "Other fees and charges' is the name, and there's so much in there that the poor Councillors (who are not, I must confess, the most financially literate bunch in the burg) just swaloow it whole.  They probably think it's all Parking Meters or something.

And we have had a Glorious Tradition (well, decade, really) of  accumulating yet more costs for which we need Revenue Streams - Rivers, really.  Buskers, Community Development graduates, City Planners, MUL-Measurers, Business Development Assisterators and a host of other Vital Individuals, who, BTW, all need paid next Thursday.

Someone's gotta stump up - and who better than the first-home-buyer, who is so darn grateful to get their own leetle Castle that they'll crawl over broken glass to kiss their bankster's cheeks and sign away their next thirty years of discretionary moolah.

Why the poor suckaz - whoops - I mean these Fine Upstanding Citizens (we have a TLA for them but that's BTW) don't even realise that (as Mike Greer has said re Christchurch) $75K of their new house and land costs is solely down to the Council - we salami-slice it and disguise it sooo well.  We Certainly don't give 'em a detailed itemised invoice....

But, and I give this Government clear notice - if we Have to start doing stuff transparently, then Rates are Gonna sky-rocket.  As we are forced to disgorge all the hidden revenues outta them hidden Buckets and put 'em in Rates.

Well everyone will know who to blame - that's right - the Government!

Well, can't hang around all day justifying what we've done since time immemorial, to you bunch of picky inquisitors.

Besides, I can already smell freshly minted Plans in that there Inbox - time to Have some More Fun!  While we can....

In Christchurch Development Contributions alone are over 40% of the market value of land.  Add other council costs and close to 50% of the land value goes to the CCC.  Add in other subdivision costs and with the cost to subdivide 75% of the market value (in some cases) then you can see why supply of these sections disappeared when DCs went through the roof in 2007.

(My example is based on a 330-450m2 subdivided backyard in the east of ChCh in the Heathcote catchment area.  Market value at the moment is $75-$110k (given plenty of supply of full sections from EQ demolitions), DCs are about $32,000, other council charges about $6000, and allow $65,000 for the whole subdivision - ie $65k spent to create a $75k section?  No one is going to give away their back yard for free!  As an example of cheap EQ demolition sites there have been TC3 sections selling under $50k in good areas for half sites (Avonside), and TC3 in Aranui 700m2 full sites at about $60k).

Anyone who advocates percentage increases - particularly ones that large - without indicating a cessation-point, are (in my humble opinion) stupid. I don't care whether they're 'business scribes', or narrow-focus mantra-chanters. They must be asked: "what then?"

There may be an argument that some folk are cranially wired with an inability to comprehend exponential numbers, any psychologists/neurologists hereabouts know anything about that? I hassled Hunter about this years ago - but it's like hassling a priest about evolution; instant belief-based shut-down.

This rate payer is tired of Clowncils wasting moneys on Ridiculous Follies we the rate payers should be able to vote on every decision they make, a voting paper needs to be included in every rates demand, rates should rise no more than the rise in inflation, stop the waste, For example Wellington Clowncil decided to put thier workers on the living wage hahahaha, thier cleaning contractors moaned so they put them on the living wage, the benchmark for all future wage increase what a expensive joke, Rates Strikes are the only way rates payers can get some justice. Island Bay cycle way joke expensive fools folly,all bicycles need to be registered and warranted riders licensed, and should pay to use the roading networks that vehicles paid / pay for. Trolley buses slow Wellingtons traffic useless ,Wellington Zoo a joke and Key wants to help fund Pandas ? needs closing down total waste of money giant burden, Convention centre dead duck, so then they will try and change it to a Casino the list goes on and on. My rates on my modest 500k house up 8.9% but I bet my house will go down in value when the so called valuations come out, probably to pay some council fat cat / consultant.