QV says average home values rose 13.9% in Auckland in the year to March, but value rises flattening around rest of the country

QV says average home values rose 13.9% in Auckland in the year to March, but value rises flattening around rest of the country 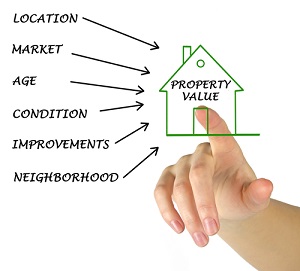 Average home values across the country increased by 2.8% in the first quarter of this year and 7.7% in the year to March, according to QV.

Of the major urban areas, the biggest increase in values occurred in the Auckland region where they rose 4.6% in the first three months of this year and 13.9% in the year to March.

"The rate of growth in Auckland is exceptionally strong while values are rising more slowly than they were this time last year in Hamilton, Wellington, Christchurch and Dunedin," QV national spokesperson Andrea Rush said.

"Value increases are beginning to plateau in parts of the Christchurch market as the supply of new homes begins to meet the demand created by the earthquakes.

"Values in Tauranga and Invercargill rose moderately, while the Hamilton, Wellington and Dunedin markets are quite flat.

"The expectation is that Auckland will continue to accelerate while the rest of the main centres will remain steady with values either moderately increasing, staying flat or in some cases declining slightly," she said.

All parts of the Auckland region except Rodney and Franklin had double digit average value increases in the year to March.

Some rural areas posted declines in average values, with the biggest drop occurring in the Ruapehu District where the average value declined 7.2% in the year to March to $129,347.

See the chart below for average dwelling values for all regions of the country:

according to our GOVT (nick smith) yesterday house prices when adjusted for inflation have only gone up 25% in the last five years.
Glad they have it all under control
our young people in auckland will be able to look back in years to come and see what a mess they created

ha ha , i didnt mean blame them, i feel sorry for them i cant see how in another 5 years a young couple in auckland on average wages will have any hope of buying a house
i think they will look back at this governement and the previous one and see them for what they are and were.

We can see it already mate.  It's what the rest of society choose to do with their votes that affects us - unfortunately.

You cannot balame the government for the state of house pricing in Auckland. Those who are benefiting from it are not clever just lucky. It is a perfect storm that benefits those in a position to borrow money. High immigration, insufficient numbers of houses being built and low interest rates brought on by the 2007/2008 recession. You are lucky if you had existing housing with equity in it and the ability to borrow for investment homes. You are unlucky if you were too young to have your own home and borrow against it. That is life I am afraid. Change of circumstances benefit some and not others. I was born in 1955 and have been lucky with housing. My children who are both professionals and are getting into housing have to pay far more than we did when we bought our first home in 1984.

so the govenrment does not control Immigration through the setting of the points system
so the government has no control over interest rates or what equity banks can lend at to control the money flow into the market  (they have passed the ball on this one to the reserve bank)
so the governement has no control over setting laws to make it favourable to build or build themselves to help boast supply
so the government has no control over who can buy houses in NZ
all i would say for this government and the one before it did a lot of kicking the can down the road
and that will lead to young couples of the future who are in average jobs ,  office staff , storeman, drivers, shop workers ,tradesman. who have in the past been able to skimp and save enough for a deposit to be able to buy a house in auckland no longer have anywhere that ability.
its a shame our generation are im allright jack but that also will come back to bite some as they will soon have to use that equity built up to pass onto our children so they also can enjoy homeownership