No easy job finding an investment property in Auckland as property prices rise faster than rents, forcing yields down

Property
No easy job finding an investment property in Auckland as property prices rise faster than rents, forcing yields down 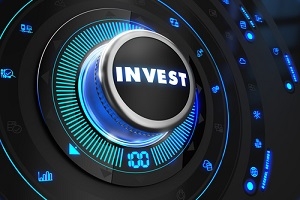 Surging house prices are continuing to reduce the likely returns available to residential property investors in Auckland, even though rents have also been rising, according to the latest REINZ/interest.co.nz Indicative Rental Yield Report.

The report tracks the gross rental income yields (a property's annual rent expressed as a percentage of its purchase price) that investors would receive if they purchased a property at the lower quartile selling price and rented it out at the median rent, in 40 locations around the country where there is a high level of rental activity.

It is based on the Real Estate Institute of New Zealand's lower quartile selling price for each area and the median weekly rent figures compiled by the Ministry of Business Innovation and Employment from new bonds received from the same areas.

It shows that likely gross rental yields on three bedroom homes in most parts of Auckland are well under 5% and continuing to decline (see table below for the yields for all 40 areas).

Similar falls are evident in other parts of the city such as Massey and Glen Eden in Auckland's west, areas which have traditionally been happy hunting grounds for property investors

The only parts of Auckland where the indicative yields remained above 5% in the latest report were Papakura and Pukekohe, where they were 5.6% and 5.5% respectively, but both of those were well down from their June 2014 figures of 6% and 5.8%.

The indicative yields were also down in Wellington, Christchurch and Queenstown, although in those centres the falls were not as big as they were in Auckland.

The figures suggest that property investors could struggle to find investment properties in Auckland that would be capable of providing them with a reasonable income stream.

The indicative yield figures used in the report are gross and take no account of periods of vacancy or expenses such as rates, insurance and maintenance which would reduce the yields even further.

If those costs were factored in it would be likely that investors would be receiving returns of less than 4% on three bedroom Auckland homes purchased at the lower quartile selling price, which is substantially less than they could receive by putting their money into a term deposit, even though interest rates are unusually low.

However some investors may be prepared to accept very low cash returns for a period of time when prices are rising strongly, because of the capital gains that can provide.

The downside of such a strategy is that it carries considerable risk if a property is carrying substantial  debt and there is a significant rise in mortgage interest rates, and/or a fall in property values, although most financial commentators regard both possibilities as unlikely in the short term.

See the indicative yields for all 40 areas monitored by interest.co.nz and their changes since June last year, in the table below:

Anything with a gross yield under 8% is going to be running at a cash loss. You either need to be planning to sell and book the capital gains (hoping they will offset the cash loss) or expecting inflation to catch up at some stage. I don't think many people are thinking past "I must own a rental" no idea of cashflow, but they 'know' house prices always go up.

So buying makes little sense financially UNLESS it's to sell it afterwards while the bubble lasts considering that there are no capital gain tax and assuming that one is quick enough to exit the market before the correction.

That reinforces the idea that there is no shortage in Auckland and its housing market is a purely speculative market.

If you purely want good yield, buy in Tokoroa or Putaruru. You can easily get 10+% yield and steady rent income being paid by Work and Income or Housing NZ.

The figures given above are meaningless. It assumes that investors all bought their properties in the last 3 months.
Furthermore the median rents quoted are unreliable because investors typically pay prices well below the average hence increasing their gross/net yield somewhat.
It would be a far better to do the same exercise on actual rental properties bought over the past 5 years instead of lumping investments and home owners into the same basket.

You're right. Property investors usually buy lower priced properties with higher yields. The possible yield on an owner occupier house is usually a lot lower. To lump the two together is not really fair. It's a shame we don't gather more statistics when a house sale goes through. Ie....will this property mainly be used as a rental? Is the buyer a NZ resident?

It's not meaningless. It's a benchmark the represents the relationship between prices and rents now. It is not an indicator of someone's ability as a property investor in the past.

Rubbish. The current value, not whatever it was bought for, relate to any alternative use of the money.
There are still a number of investments offering well in excess of 5% tax paid. Sell your rentals and buy into those and you can do better certainly on a cash flow basis. So you have to rely on continuation of capital gain to justify retention.

Would you consider now as a wise time to buy from an investment point of view?

It's no benchmark, in fact it's misleading.
People buying homes do not calculate yields when they buy.
Therefore to include them is to give a totally false picture.

It shows a relationship between the price of a house price and what it can be rented for. That is not misleading. You have to start somewhere. If you want to start with assumptions, all power to you.

Let us reverse the trend. Landlords.

Let us NZ buy and sell and let out these fine buildings to teach the developer a real real estate lesson.

Ooops I forgot, NZerrs...cannot own these properties in reverse, so maybe this is just a symptom of real market forces at work, signalling just why NZ is being inundated by cashed up buyers, escaping the crunch and bailing to the 'promised land of milk and honey' .

Ironically, probably with Yankee dollars to spare as....

The difference is peoples ability to pay. Its much easier to service a house purchase price increase of 15%/50K from household cashflow on a mortgage spread out over 25 years, the dollar amount over the month is less than a commensurate % monthly rise in rents. So, landlords and mortgagors are stacking their risk into the future unpaid debt. Banks are keen to fund the larger mortgage, its in their interest to do so, and why wouldn't they, its all free money; negligible international money market rates and next to nothing to depositors. However, increasing rents by 15% would require tenants incomes to actually increase for them to be no worse off, and real wages haven't risen, CPI is bordering on negative. Tenants have many choices in where they choose to live, they can trade down very quickly in need..landlords can't send the houses off to follow them. I know which side of the standoff I like being on atm. I'll never forget a banker describing property investor mortgage borrowers to me as mules. There is a patsy here, and it isn't the tenant.

Thanks for posting that link here : Gummy

These yields don't match up with the ratios stated in the "Auckland's 'irrational' house prices" article. Someone's numbers are wrong.

The yields in the Yield Indicator report are specific to the stated suburbs, whereas the ratios in the "Irrational" story are Auckland-wide, which will account for the difference.

Not really a relevant article for this exact point in time. if you purchased a property 5 to 10 years ago your now making a killing. Not only has your property in Auckland doubled in value the interest rates are at an all time low if your still paying it off. The only real question is....How long can this continue ? essentially every home owner is a speculator and I just had to make the decision on whether to rent or sell a 2 bedroom home in a top North Shore suburb.