Lower asking prices and number of listings on Realestate.co.nz show the winter slowdown has arrived

Lower asking prices and number of listings on Realestate.co.nz show the winter slowdown has arrived 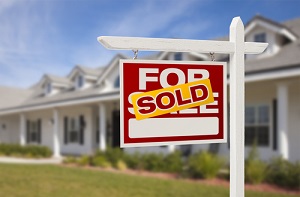 Asking prices for residential properties are starting to flatten out as winter takes hold, with the average asking price of homes listed for sale on Realestate.co.nz dropping slightly in June.

As would be expected at this time of year there was a drop in the number of homes being listed for sale on the website, although the numbers were still up on last year.

In Auckland there were 3138 properties listed for sale in June compared with 3769 in May and 2801 in June last year.

In Wellington 602 properties were listed for sale in June compared with 772 in May and 711 in June last year.

*Note: Realestate.co.nz releases actual and seasonally adjusted monthly figures. The numbers quoted in this article refer to their actual figures.

Ahhh its the start of a new month. The latest tranche of market spruiking estate agent fap releases are due.

The only question outstanding is will we get the burning house or the fireworks stock image next?

I quite like the fireworks pics. But I'm open to alternative suggestions...

Again ...I do suggest that people responsible for the law regulations will go to few auctions and watch who is bidding and who is buying!
It is unacceptable that people living, working and paying taxes in NZ have no chances to compete with overseas buyers.

for the ones that brought from overseas in the last couple of years any GC will be getting wiped out by our dollar dropping, the USD is only going to get stronger as the money flows back from around the world when the fed does its first hike