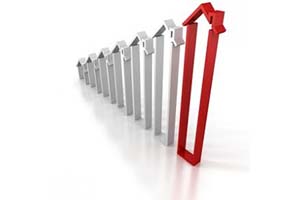 Average home values across the country rose by 11.3% in the 12 months to August and 20.4% in Auckland, according to the latest figures from Quotable Value (QV).

"Values in Auckland continue to rise rapidly at the fastest rate since mid-2004 with the market there continuing to be driven by high net migration and lack of supply," QV national spokesperson Andrea Rush said.

Within the Auckland region the biggest rise in average values was in Papakura where they rose by 25.5% in the year to August, followed by north west Manukau at 24.9% and central Manukau at 24.6%. (For full regional and district values see chart below).

"The upward trend in values seen in upper North Island centres near Auckland is also continuing, with the Hamilton market now accelerating and values in Tauranga, Whangarei, Hastings and the Hauraki District continuing to rise.

"The new rules set to come in over the next couple of months requiring a 30% deposit for investment property in the Auckland region and a softening of the LVR rules for the regions may also be a factor incentivising this activity," she said.

See below for the average housing values in all parts of the country and their movement over the last 12 months and interactive graphs showing the movement of average values in all regions since June 1974.

..happened several months ago. I've seen the Go Bus tours from Auck doing the for sale rounds. One would think that the depressing rural scene in the likes of Ham would have an effect, but i suspect we won't see it until home owners are forced to sell due to job losses. At the moment we have a hold and sit scenario.... few have the confidence or cash to trade up, thus little on the market and good prices (crazy I'd say) when they do come on.

If you have any doubt about Wellington being a dying city, then you need to have your pulse checked.

Be fair, Wellington is screaming ahead of Waimate and Balclutha.

Go there before you comment. Mayor of Clutha was on the radio. 700 jobs there seeking people to fill em. That's huge in a population of that size.

Been there many times (being an Otago boy). Can't argue with the -1.8% drop in house prices though.

The one thing that Wellington has that Auckland does is actual industry not just head offices and a real estate industry involved in selling properties back and forth to each other and offshore. Think Weta Workshops, Wingnut films, Xero, Trademe and CricHQ amongst others. Given Wellington has the highest average wage in the country, property values may be propped up by more than just offshore cash and hot air.

You only get $4K extra to have to live in Wellington?

I'd consider moving back for an extra $80K - but jobs there seem to pay 50k less in my industry.

What industry is that bob?

That makes sense - higher demand/more competition and a greater recognition by private sector employers regarding cost of living differences.

Several of my mates are in the field, they went to chch to survive 2 years back. Not sure if they will head to OZ or Auckland within the year as work dries up.

Actually my experience with the private sector is no, they have poor recognition on such costs.

Wgtn has I think always paid a little better both in IT and engineering.

3 months old this data.. ham likely up 15% yoy,... auck may have come off a bit.. some other north island towns likely up a bit more since RBNZ announcement a couple months back too...

Well... there is no housing problem in Auckland, there are no overseas investors buying and no speculation. There is no people that are buying and selling in months due to 'change in circumstances' ...

...only need one moving from auction to auction and being the secon highest bidder each time

migrants are often the overseas investor or the proxy - a student funneling daddies political graft through a NZ bank account.

Also you see a lot of overseas investors turning a house into a 3rd World squat for migrant workers of the same ethnicity.

But hey multiculturalism and diversity are vibrant and enriching, right?

Looks like life's good in landlord land (south of the Bombay Hills now).