There was a big jump in new dwelling consents in Auckland, Waikato, Bay of Plenty and Otago last month, while Canterbury and Wellington were more subdued

There was a big jump in new dwelling consents in Auckland, Waikato, Bay of Plenty and Otago last month, while Canterbury and Wellington were more subdued 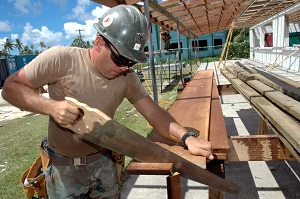 There was a big rise in the number of new dwelling consents issued in February, especially in Auckland.

According to Statistics NZ, consents were issued for 2379 new dwellings throughout the country in February, up 35.3% compared to February last year and the highest number in the month of February since 2004.

In the 12 months to the end of February 27,745 new dwelling consents were issued which was up 12% compared to the previous 12 months.

Stand alone houses remain the most common type of dwelling being consented, with 1712 new houses consented in February followed by 341 townhouses, flats and units, 204 apartments and 122 retirement village units.

Wellington came in at sixth place with just 113 new consents issued in February compared with 102 in February last year.

The total value of new residential dwellings consented last month was $926 million, which was the highest ever monthly value of new dwelling consents.

On top of that was another $151 million of consents for structural alterations to existing dwellings, which meant $1.077 billion of residential building work was consented last month, compared to $769 million in February last year.

Of the non-residential building work was consented last month, $82 million was for storage buildings such as warehouses, followed by $58 million of retail premises, $52 million of office space and $46 million of educational buildings.

Unfortunately while the increase in new dwelling consents in Auckland was welcome, it is still well short of what is required to house the city's rapidly growing population of increasing shortage of housing.

It is estimated that at least 14,500 new homes need to be built in Auckland each year just to keep pace with population growth, which would mean an average of  1208 new consents a month.

The 787 consents issued in Auckland last month was just 65% of what is needed, meaning Auckland's housing shortage is continuing to get worse every month.

78% of those nice warm consents will go to immigrants assuming 67,000 net migration and 3 persons to a dwelling.

Some people will consent to just about anything to put a roof over their heads.

Are our consents to house more prisoners in an aging population, whose retirement monies have been blown on the cost of living rises and the fall in deposit rates??, to fund our Governments liabilities

Maybe that is why our prisons are already full and over loaded. Are we following in Japans footsteps...??

Or is it just more money laundering housing from another situation, we are not allowed to discuss?.

Gotta get our priorities right..eh.

Oversupply has never caused any problems before, except the savings and loan crisis in the US, milk powder production, commodities and manufactured goods, or the large number of office buildings constructed in Wellington prior to the 1987 crash.

Oversupply is the only way to keep the boom bust cycle going.