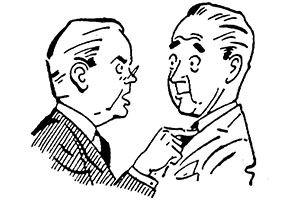 BNZ chief economist Tony Alexander says the Reserve Bank is significantly under-estimating Auckland's population growth and because of that, it has also been underestimating the demand for housing in the region.

In his latest Weekly Overview newsletter, Alexander highlights the population growth figures for Auckland the Reserve Bank used in its latest Financial Stability Report, which it released last week.

"I don't mean to be critical of the Reserve Bank because after all they have some big jobs to do in a hugely uncertain global economic environment," Alexander wrote.

"But in their recently released and excellent Financial Stability Report, on page 26 there is discussion of the net migration gain for Auckland in the year to March of about 30,000," he said.

Alexander then points out that Statistics NZ figures suggested a net population gain for Auckland of 31,230 in the year March, but that a further net gain of another 15,498 people who arrived in this country without stating where they intended to live, and that Auckland's share of those new arrivals was likely to around 9283 people.

That would mean the figures quoted by the Reserve Bank probably understate Auckland's population growth by nearly 10,000 people a year.

"Thus Auckland's net population gain in the year to March from net permanent and long term migration flows is really closer to 41,000 than the 30,000 estimate used by the Reserve Bank in their commentary and analysis," Alexander wrote.

"Even at the most senior level of housing market analysis in this country people are still under-estimating the rate of growth in demand for housing stock in Auckland.

"As realisation of this little bit of extra under-accounting gets through to the Reserve Bank policy makers, the feeling of a need to get a new tool in place to hammer back down the rate of growth of new lending in our biggest city will grow."

Well done to Tony A for calling it out. Thats an underestimation by 25% in percentage terms.

Surely the only responsible thing to do when faced with such a large shortfall of housing supply and backlog of unsatisfied demand, is to sharply curtail immigration. It is simply unacceptable to accept people into our country if we have nowhere to house them or they will displace our present citizens. They can talk about their grand plans to address the shortfall, but the hard reality is, that is all it is, just talk and they continue to fall further behind. We need to get real, quickly, and start taking some powerful positive actions now.

Bit rich coming from a bank economist who has also got many of his forecast and predictions wrong. Jezz I can't believe I'm defending the RB

Actually, TA doesn't get much wrong, particularly on the direction of house prices. The smarmy disposition leaves a lot to be desired though. Mind you, as a bank economist, you're pretty much a protected species and live a charmed existence. He's well aware of what side of the slice of bread is buttered.

Justice, forecast and predictions are very different from basic statistical facts. RBNZ should have got this one right.

Not disagreeing with you.

Unfortunately Tony Alexander misled a few people with his "predictions" including yours truly. in 2014 April, Tony Alexander recommended, "lock in your mortgage for 3 years minimum, rates will go up". Now we know where rates went.. This thought me two things. 1. Nobody knows which way the market swings, I no longer read Tony's reports. 2. see 1.

Boo hoo, I locked in rates about the same time and went to the bank in late 2015 and broke all my loans which of course cost me but after bank subsidies and the lower rate it took me two months to pay off and now I am in the black, recommend you do the same or continue to blame others, your choice

All arrivals who do not, or, have not completed their arrival card properly should be directed to a room with a pen to complete the form, and. when they have done so, go to the back of the queue again

"As realisation of this little bit of extra under-accounting gets through to the Reserve Bank policy makers, the feeling of a need to get a new tool in place to hammer back down the rate of growth of new lending in our biggest city will grow."

What's wrong with the trusted old tools? Higher interest rates always stifle the demand to indebt oneself against the rising value of an asset acting as collateral.

If the measure of CPI was constructed in a manner that reflected real life experiences interest rate hikes would have already cooled the embers of irrational exuberance - but it was calculated to affect just the opposite - an ongoing wealth transfer mechanism from those with access to cheap debt from those that don't. Hence we all get self serving deflation derived from the increasingly impoverished poor.

Yes. And the banks don't assume any responsibility for fiscal stability. in that case, I would think that there is an argument for some kind of "risk premium" paid to depositors considering they're ultimately the ones carrying the can (and indirectly the taxpayer, deposit guarantee or no guarantee).

He's added an assumption to get a better estimate. Rbnz quoted number into auckland is however correct.

If we go down the assumption path (eg non listed to be proportioned similarly to the listed) why stop there?

How many immigrants only know of 1 city (auckland) so write this down, or because there plane will initially land in auck put auck down even though they already have a bus booked to another region?

Assumptions can bring in all sorts. Rbnz quoted the hard number without assumIng anything which I don't see as too unfair.

The customs arrivals card requires an address where the passenger will be staying - Auckland is not an address - there are 100,000+ arriving PLT passengers, of which 20,000 do not know where they are going? - highly unlikely

This is not a regulatory issue, this housing crisis. It is a taxing issue..RBNZ is never going to stop the boom.
The tax suggestions below could cool the market ?
All residents who do not have citizenship or PR, who buy a house in Auckland should pay annual fees at 2% of their house value to pay for infrastructure development for new areas in Auckland. Once they obtain PR they can stop paying this.

And similarly all Trusts who own properties should pay similar amount, even if the trustees/beneficiaries are citizens/PR holders, because Trusts are usually set up to avoid/save taxes.

Government should fix the value of houses to be sold in the new developments, and if any house there is sold for more than the guideline amount, then the extra amount should be taxed once at the rate of 15%.

Similar revenue raising measures on excess wealth/income out of house ownership should be thought of....

Do you think someone that comes into the country and can drop $1.2 mil on a $500k house cares about 2%? For all you know they were willing to pay $2mil?

Did you see the article the other day about the Arrowtown purchase? $100k donated to the local school as part of the OIO signoff - That was 5% of the purchase price.

A tax will just be paid, and the prices will keep on going up.

My point is all these LVR, interest rate and other regulatory mechanisms will only make it more and more difficult for NZ citizens and long term residents to buy houses, while the overseas investors will have a more easy playing field.....It is a self-perpetuating cycle. We can always fiddle with the suggested tax rates till they actually bite.

So now we have the OIO accepting bribery to 'good works' to 'facilitate' a foreign buyer deal?

SmoKey - none of the above will be happening under JK's watch

True that..Key is right, there is no housing crisis in Auckland. There is only Car boom and Car crisis. We are attacking the wrong crisis...?

"If the measure of CPI was constructed in a manner that reflected real life experiences "
Good point.
Last 6 years the cumulative inflation in NZ has been 10%
House prices in Auckland are up 80% of that same period... go figure

Nothing wrong with assumptions if there is enough evidence to base them off. In this case Tony is more than likely to be right. Just because you don't like the figures doesn't mean they are wrong. Statistics is based on assumptions.

Taxes will lower prices. Stamp duty in London has meant London prime in some areas are down 10%. Stamp duty reduces investor demand. Lower demand with the same supply will usually result in prices decreasing. It may not work at 2% or 5% or 10% but eventually the stamp duty will be such that less investors will participate in the market for existing homes.

Take out a chunk of the 40% of the buyers and what will happen ? You don't need a PHD to work that one out. Exclude new builds so investors can put their money there and increase supply. Where the money is needed.

Otherwise investors buying existing properties are simply pushing up prices and changing the ownership type. (great comment made by raftus).

NZ already spends 2bn on housing supplements annually. That will only increase as prices increase and rents follow with little movement or encouragement (tax) for new supply.