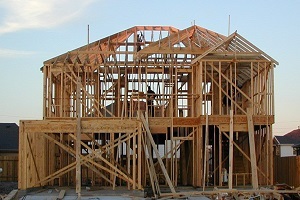 The number of new homes being consented per head of population has doubled over the last five years, but is still less than half the level being consented in the 1970s building boom, according to the latest analysis from Statistics NZ.

And although the number of homes being consented per head of population has risen for each of the last five years, it is still less than half the number that was achieved in the 12 months to June 1974, when 13 new homes were consented for every 1000 people living in New Zealand at the time (see graph below).

The figures make particularly grim reading for Auckland, where there is a severe housing shortage, because they show new homes are being consented at a lower rate per head of population than in many other parts of the country.

The  need to replace earthquake damaged homes in Canterbury has been a major driver of the high level of consents issued in the region.

Statistics NZ estimated that over the last 10 years this country's population had increased by 508,000 while the number of homes had increased by 178,000 after allowing for demolitions and consented dwellings that weren't built.

Thanks for putting some facts and figures up Greg. Very much as i thought. and at the risk of repeating myself, its obvious we dont have a housing shortage... we have immigration quotas too high.

Funny that considering 40,000-50,000 Kiwis moved to Australia annually over the 15 years. Australia has the highest foreign-born population in the developed world by percentage (28% of the total Australian population).

Kiwis are the second highest nationality living overseas per capita just behind the Irish.

NZ has a housing crisis & its not due to either high immigration rates or not enough houses built. its all because of mismanagement.

What has Kiwis moving to Aussie got to do with NZs problems?

Just showing you a major example when I see Kiwis like you complaining about immigration to New Zealand being too high when its obviously now slowed down.

NZ migration to Australia soared by 40% in December,2013.

its a mute point because you are not comparing apples to apples. in fact you point is meaningless in regard to NZ immigration settings.
your constant ranting of kiwis in Australia reminds me how redneck some aussies can be
http://www.news.com.au/national/australians-are-racist-and-unfriendly-sa...

I think it is testament to the demise of apprentices, a lack of a structured, driven training culture in the building and related industries over many years has led to this.
The rise and rise of the post High School education (sales) system made the trades unattractive to many. We now have plenty of Accountants and Lawyers.

The average house size in the 1970's was 140m2. Now it is over 200m2 - So does it take longer to build than in 1974? Probably 50% longer?
So we need more people building smaller houses to help alleviate the housing crisis.

Probably built faster or in about the same amount of time. Regulatory costs are huge and the delays created by Councils in the processing are terrible. It's all pushed by MBIE while National have been in power. Changes are in the works but are slow going. Most of those changes will not significantly bring down the total cost of a house.

Demand for residential property is not a measure of requirement for housing, consents only follow this so bears no relation to what is needed, it only shows what people are prepared to build and where they believe it is financially beneficial to do so. Until all dwellings are reported by their capacity and that is reported relative to the local population there will not be a correct measure by which to gauge any shortage or glut of housing. A fair measure would be: 1brm=2, 2brm=3, 3brm=5 4brm=6 etc. Capturing vacant capacity and issuing consents based on that would shake up a lot of current perceptions.

I once heard John Key say "The market is usually right " he seemed to think we should leave it alone to do what it does best , and now we know he was spot on with regards to the property market .

The property market is doing exactly what it should be doing .........ramping up house prices in the face of demand exceeding supply .

The only thing we can be sure of is that things will change, and it will not be pleasant when it does

It will take at the very least another 2 to 3 years to bring the Auckland supply on line so prices will remain elevated for quite a while yet...but we all know that. There is no quick fix.

The unitary plan short supplies land to Auckland until 2041, so unless there is a 30% decrease in the rate of Auckland population growth, supply will be short until then. 25 years from now.

Houses in the 1970's were kennels as compared to today.
One bathroom, tin roof, no insulation, kitset kitchens and bathrooms.Of course it was easier then to sling up more houses as compared to today not to mention much lower consenting costs.
There's no money in building cheap houses today hence supply will lag for a very long time.

Your last line encapsulates the full reality, profit is the only motivator, maximum margin will dictate the style and location of the build. As a result the current level of construction is not about providing homes only chasing sales to speculators. Unless an agency which is not motivated by profit becomes active no change will occur.

Sorry Big Dad but there's 0 problem building extreme
large homes where I live in North America no problem
at all building large apartment blocks either with
2200sqft apartments including deck and seaviews.
Roads in NZ are third rate too coarse chip junk
Poor planning Lack of mechanization lack of skilled trades
All this goes back to ? Roger Douglas rip shit n bust
E Con dismantling a great apprenticeship system of training
NEW ZEALANDS YOUTH. Like they still did in the 70s

Waikato and BoP out-stripping Auckland is going to lead to an interesting decade or so as the importance of Auckland slowly diminishes. A lot of the current Auckland value is based upon its position as the clear leader within the NZ economy, but a slow rate of building in Auckland will reduce its attractiveness.

By my maths you can fit that extra 508,000 people into those 178,000 houses being about 2.853932584269663 people per house.
I for example have four people including me living in a single home and as has been mentioned the houses are bigger today than yesteryear (palaces and castles aside)
President of Property

David does Interest.co.nz compile these statistics into graph form -for national and regional time series? If you don't you should. I definitely would look at them and I am sure others would find them useful.

Why does per head of population matter?

Surely it would be more relevant versus population growth.

NZ cannot build enough anything
Lack of mechanization and skilled labour in the NZ
building industry plays only 2nd to the gross
mismanagement of planning for those extra 508,000
migrants over last 10 yrs.
Add the fact NZs high external debt levels and reliance
on Dairy & Tourism and it isn't hard to imagine a
severe downturn around the corner.
Smart money out dumb money keeps buying into
the ponzi John Key has happily created

Never mind NZ. The writing is on the wall.

Now the clincher for me is ol Fran of the Nats august mouthpiece ,The Herald, has come out twice in a week saying firstly her mate (ex??) the pm of parnell has to do something about the money laundering into Akl housing and now today she says he has to get a foreign tax similar to Canada's in place ASAP. The tone of the article is that the time for taking the piss has long passed.

Johnnie boy won't be able to ignore this breaking of the ranks and will have to respond. Shall I answer for him?

"At the end of the day that is just one person's opinion. We are looking at all options and won't be rushing into something that might upset our friends overseas. We are also a bit busy at the moment sorting out Easter shopping hours and I might have to run another referendum and look, really, this is something for the RBNZ to sort out at the end of the day"

Well said Smalltown - Fran is spot on with this. A bit surprising as she does come out with some nauseating, traitorous nonsense at times. Even she can see what a monumental cock up our immigration and housing policies are proving to be and nicely puts to rest the wet excuses Key & Co. come up with for doing absolutely nothing about it.