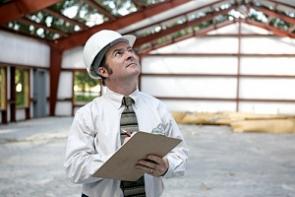 More cracks in the construction boom are starting to show, as a concerning amount of the new building materials being used to fill shortages are proving to be substandard.

Auckland Council warns traditional building materials are becoming harder to find when they’re needed, sparking builders to use an increasingly large selection of substitute products to get the work done.

“While there are some great new products on the market, the boom has attracted a few cowboys trying to cut corners and some importers trying to bring in cheap, substandard products,” the Council’s building control general manager, Ian McCormick, says.

He warns some imported products may look like local offerings, but if they’re being quoted as being much cheaper, chances are they won’t comply with the New Zealand Building Code.

The Council’s building control inspections manager, Jeff Fahrensohn, has seen issues across a range of products.

“It could be anything from your tapware, through to whole roofs of houses. What we’ve seen is some of them are almost mirror image copies [of the traditional materials].”

He says the uncertified products are mainly coming from Asia, but also the likes of Australia and Europe. He notes anyone can go onto a website like Alibaba and buy a container of cheap materials.

Fahrensohn hasn’t noticed particular problems with steel, further to the Ministry of Business, Innovation and Employment last month announcing it would investigate allegations of Chinese steel dumping into New Zealand.

The importance of getting replacement products okayed before using them

The issue is builders aren’t always getting the materials signed-off before using them, or telling building owners about the replacements.

This is seeing building owners made to fork out for the materials to be replaced with compliant ones, once the building is complete and checked by the Council.

For example, there’s recently been a case where a person has cold called building sites, offering an imported roofing product at 40% below the cost of the original.

A builder, who used the product, was then made to replace the entire roof once the Council discovered the substitute wasn’t up to scratch.

McCormick cites another example where a decision to use non-compliant electrical wiring in a number of houses cost a developer thousands.

He says the key is for builders to get the proper sign-offs before using replacement materials.

“The message is clear - notify us as early as possible to avoid delays in building,” he says.

“While we recognise builders need to get on with their construction, we can’t cut corners on quality, durability and suitability.”

While shoddy building materials are increasingly prevalent, Fahrensohn says less buildings are failing Council inspections compared to in mid-2015, when the fail rate sat at around 30%, and even hit 40%. The fail rate has since come down to 20-25%.

“People are taking quality quite seriously now. And the ones that aren’t, are making it difficult for themselves, as they keep failing their inspections,” Fahrensohn says.

What building owners need to know

The Council suggests building owners take the following precautions to avoid being caught out by dodgy substitutes:

- Check to see if the product has been independently appraised or certified in New Zealand. An example of this is the Building Research Association of NZ (BRANZ) appraisal website, which lists products that have been tested and certifies compliance with the New Zealand Building Code.

- Ask the building inspector. They will provide advice on compliance matters.

If the local suppliers were not operating such a closed shop and charging the extortionate prices that our rigged market allows, then normal healthy competition would lower their prices so that people would not be tempted to use products that are of unknown quality.
It is long past the time when the government sorted out the vested interests in BRANZ and required that products are allowed if they are certified to a wider range of reputable international standards. This would provided better control of imported products, open the market to a wider range of good products and inject some much needed competition.

Much of the housing being built is of a speculative nature and the future owner probably goes into a purchase with little or no knowledge of shoddy materials and shortcuts that may have gone into the building of the house they are buying.
The next big scandal will make leaky homes look like a bad hair day

This is, in part, the fault of MBIE. They have made a number of poor choices with respect to testing and compliance of products. It does make it difficult to use imported products. Some of those products would obviously not pass testing here, and others would be likely to pass but importers aren't prepared to spend the time or money to get testing done (which I can understand as the queue for certain tests ended up 18-24 months long due to some poor regulatory choices).

I am aware of some changes that are expected to be introduced under certain clauses of the building code. However if they are introduced there won't be enough to make a sweeping improvement, and not likely to affect residential construction.

What a racket. There is no good reason why one shouldn't be able to import iron roofing, windows or plasterboard from overseas. The "unique conditions" thing is just spin for most products.

The whole chain from certification to distribution is monopolized. For example GIB board managed to get a tarrif on competitors to protect the local industry. The fact that one of the worlds largest manufacturers of building products, Knauf, couldn't enter the "market" here speaks volumes about how monopolised and vertically integrated the industry is.

What else could be expected where a cosy duopoly rules the materials roost? As my old economics lecturer used to say 'A monopoly is a Very Bad Thang - unless you happen to Own one...'

Anyone is allowed to come in and open say a plasterboard plant to take on GIB. However cost of entry is high. The main component, gypsum is imported from South Australia with freight being the greatest expense. Most processing aids such as water proofing aids/water reducers are imported. Energy is expensive. NZ is a high cost economy because of the isolation, maybe the suppliers in NZ are charging the 'true cost' but we expect the 'depreciated cost'.

Say someone wants to take on GIB by importing a product, that may or may not have exactly the same composition as their products, they would need technical support. By technical support I mean manuals and tested products that satisfy the local standards. That allows entry without a factory. However the GIB manuals have a lot of different tested systems and reasonably sophisticated specifications. GIB have the technical lead over other products that enter the market. To be an equal they would need to do a lot of R&D and provide support.

However most just trying to get into the market just want to sell commodities rather than a useful technical system designed for a performance based Building Code. There is a conceptual barrier and product investment required to develop intellectual property. Rather than a manufacturing issue.

Even the chinese don't use their own steel for something as simple as a pen.