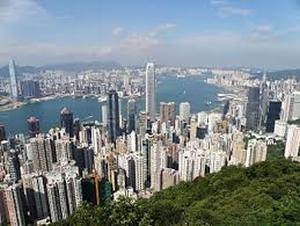 Our First Home, the local reality TV show, eat your heart out.

It seems the people of Hong Kong take property obsessiveness to levels beyond even those of Aucklanders.

"It's not exactly Hong Kong's version of Jersey Shore, but property deals do replace Vodka & Red Bull as the stimulant of choice. The break-out star of the show is a woman named Seasun, a Snooki-like truth-teller who drops knowledge about the social stigma attached to those who either resist or cannot afford Hong Kong property," Parker writes.

"After living in Hong Kong for seven years, you can apply for permanent residency, thereby exempting yourself from the 15% stamp duty obligations that foreigners pay on land transactions. The seven year anniversary is the final ordeal before you can fully embrace Hong Kong's one true religion: real estate."

"Real estate dominates cultural life in the city in a way that is difficult to understand even from the vantage point of real estate and status-obsessed cities like London or New York," says Parker.

Marking the seventh year anniversary of his arrival in Hong Kong, Parker notes; "My reward is that I can now purchase real estate in the world's most expensive property market." 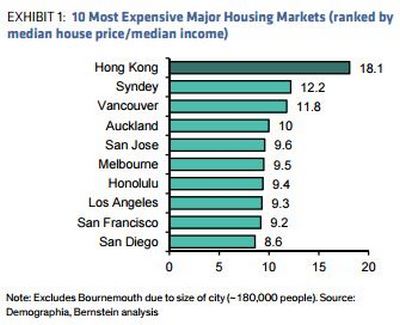 Aside from real estate becoming more expensive, Parker says a key change over the past seven years has been the slow dawning realisation that Shanghai isn't going to replace Hong Kong as North Asia's global financial centre.

"Instead, that role is going to be performed by Hong Kong. That is the good news. The less good news may be that the new Hong Kong - which will fulfil the role of global financial centre for North Asia - is not the same as the old Hong Kong which used to do the job."

"One anecdote demonstrates the point: IFC Two is the largest and most prestigious office building on the Hong Kong side of Victoria Harbour. Its 'anchor' tenants are the Hong Kong Monetary Authority, UBS, BNP and Nomura. However, any cursory review of who is moving in and who is moving out of IFC Two confirms the simple intuition reflected in Exhibit 3 and 4 [see below]. Chinese corporations and financial institutions are literally and figuratively taking the space once held by the foreign ones," Parker writes.

"The response of big cities to precisely these types of shifts in influence is a test of their cosmopolitan nature. Parochial towns protect their tribes, no matter how undeserving (in which regard, ex-pat finance types are near the top of any such list). Truly global cities don't care. Depending on where you sit, you will be inclined to lament or embrace this shift underway in Hong Kong. Regardless, if you appreciate the way big global cities evolve, you have to respect Hong Kong's indifference. Ultimately, in Hong Kong, like everything else, seven is just a number." 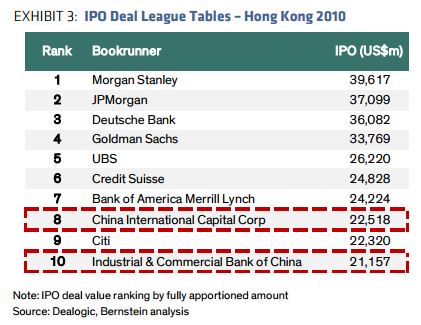 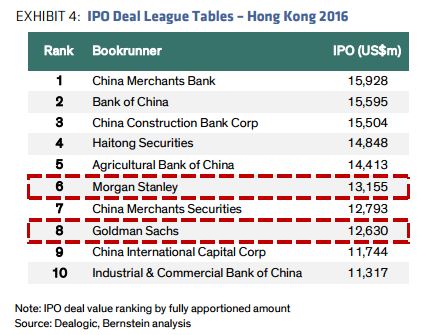 We have not the vaguest understanding of Chinese cultural attitudes to home and property ownership.

Property ownership is seemingly like the Crown jewels and highly sought after as a status symbol, a sign of success , a measure of wealth , and a form of security .

Not to mention your eligibility if you want to wed

As opposed to auckland where a gleming inner city done-up workers slum cottage is not a sign of success, a status symbol, and something a bank will never lend against?