Latest REINZ figures show lifestyle block sales slumped 19.2% in 12 months to July and prices are below where they were 12 months ago in Auckland, Wellington and Canterbury

Latest REINZ figures show lifestyle block sales slumped 19.2% in 12 months to July and prices are below where they were 12 months ago in Auckland, Wellington and Canterbury 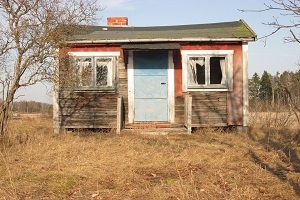 Lifestyle blocks appear to be following the residential property market down, with a sharp decline in the number of lifestyle blocks being sold and falling prices in many areas.

Latest figures from the REINZ show there were 1984 lifestyle properties sold in the three months to the end of July, compared to 2455 in the same three months of last year, a decline of 19.2%.

On an annual basis, sales were down 8.7%, in the 12 months to July compared to the previous 12 months.

Around the country, median selling prices for the three months to July were below where they were for the same period of last year in six regions: Auckland, Hawkes Bay, Taranaki, Wellington, Canterbury and Otago,  while they were up in eight regions: Northland,  Waikato, Bay of Plenty, Gisborne, Manawatu/Whanganui, Nelson, West Coast and Southland.

“The general easing in sales volumes for the latest three month period mirrors the situation in the residential market throughout New Zealand, whereby the mix of LVRs imposed by the Reserve Bank, security of employment and uncertainty surrounding the forthcoming election are contributing factors,” REINZ rural spokesman Brian Peacocke said.

I like the long term prospect of lifestyle property in *reasonably* close to all cities (anywhere with over 50,000 people). I remember when Flat Bush in Auckland was nothing more than a bunch of farms and a handful of owners who simply wanted more land space. Today, its an urban sprawl of high density housing and more are on the way.

On another note, I've noticed that Nelson has been one of the strongest performing regions in the last 12 months, if not the strongest. Interested to know if anyone knows why that may be the case? Baby boomers buying property for retirement, economic growth in that region or just a general trend to move to areas with nice weather & lifestyle options?

Getting rezoned res from rural is development nirvana for sure.

I remember some dude in Kumeu forced into mortgagee sale a few years back complaining about being duped on rezoning potential. If only he had been able to hold on a bit longer!

As I am currently selling a lifestyle property just minutes from Richmond I was interested
to see that Nelson lifestyle properties remain desirable. I suspect that lifestyle, weather and economic growth may all be contributing factors ?

I remember a orchardist in Albany Auckland who after decades finally sold out. 12 months later the land was sold again to I think Neil homes ( the Asian version of Neil ) anyway it was sold to Neil for many times more than the orchadist sold for. Timing is everything but the poor old orchadist just wanted to retire a year too early.