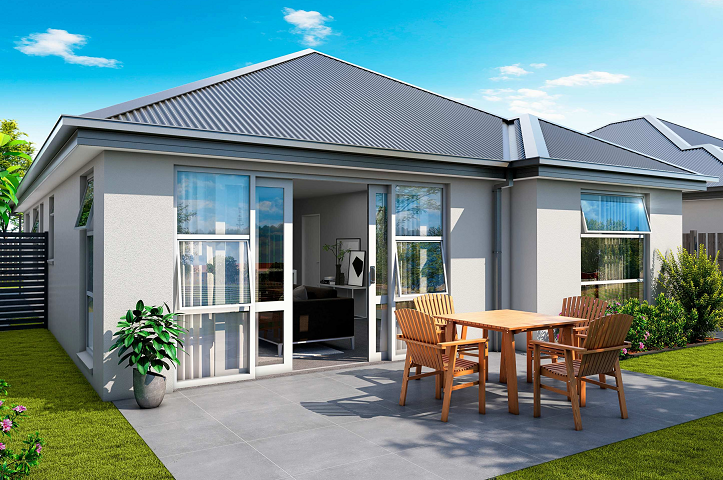 Residential developer Mike Greer has partnered with KiwiBuild to build 104 homes in West Auckland and Christchurch.

The agreement includes the cheapest KiwiBuild homes announced to date – 11 two-bedroom standalone homes in Kaiapoi being sold for $360,000.

This is the first lot of KiwiBuild homes to be built in Canterbury.

Housing and Urban Development Minister Phil Twyford says: “This deal has been in the works for a number of months and it’s great to see it come to fruition. Mike Greer have been building while the details have been hammered out, meaning the first homes are already ready to sell.

“I am aware of a number of other large agreements with big developers that KiwiBuild is finalising. These deals have taken longer than I hoped to conclude, but we’re starting to see really good progress.”

Twyford had aimed to have 1000 houses built by July.

I smell a rat here - Mike Greers Christchurch listing has the cheapest house at $439k with 80 sq m, 2 Beds abd a plot of 152Sq m, no garage and room for a single car on the driveway so what accounts for the reduction of $79k for Kiwibuild. Perhaps a roof or walls are an optional extra!

Gee not a lot. 100 and four extra homes against the target! Dont get me wrong I am glad to see more homes being built however there are still a lot of questions to be answered.

Are you kidding Mr Twyford?
Mike Greer must be laughing all the day to the Bank!
He is already building and Twyford is now going to guarantee the sales of properties that were already going to be built and he is going to claim them as KieiBuild to get his numbers up.
No one is that stupid Mr Twyford.
ChCh doesn’t need KiwiBuild crap as we have enough building going on already.

Its hilarious. Greer is simply flicking off all the unsold house and land packages he cant get rid of in areas where its already clear that nobody wants to buy them - places like Pegasus and Halswell already have a glut of unsold homes and are surrounded by even more new subdivisions trying to offload land sites. Its like Greer saw this Govt coming and is having his "you only get one Alan Bond in a lifetime" moment.

And they would have built them anyway... only thing that's changed is that they'll be govt quality i.e. shoe box an hours drive away from any workplaces. Then there are the intangible aspects. Who needs a sunny windows?
Right now the architect at Mike Greer has designed a singleshoe box. They're copy pasting dozens of the same shoebox into a small cow paddock, rotating the design 90 degrees to fit the jigsaw puzzle with zero concern about the sun. I once lived in a flat at the back of an L shaped section. Some how the designer had rotated the cookie cutter so the north face had two tiny windows. Nobody will want to buy these s*!tboxes.

If PT wanted to change anything he'd remove all the red tape from the process and make building (consents, materials, subdivisions) cheaper. Foxes guarding the battery hen house.

Pegasus and Kaiapoi are not in Christchurch

Last i heard the lake at Pegasus resembled a cess pit.

" The Waimakariri District Council is expected to take over the management and ownership of the [Pegasus] lake eventually, including responsibility for water quality."

In other words. Developer runs off with the money. Paid consultants engineered design turns out to be nothing more than a ruse. Socialse the losses.

When there were floods in Silverstream Kaiapoi it was found that surveyrs from David Ogilvie got the levels 10s of cm wrong! How can they screw up so badly with all that expensive equipment. That's like going to a Taylor to order trousers and receiving shorts.

Well to be fair, if you go to a guy called Taylor, you probably deserve it. If you go to a Tailor on the other hand. ;)

To be fair that's pretty terrible. Still not as bad as the consultants misspelling pond as lake.

Then you heard wrong.

One could be mistaken for thinking it’s an oxidisation pond or aeration lagoon.

Awesome, and not a word of helping to resolve the issue stopping the actual development at Whenuapai from the noise of the aircraft. Unless Philly T is somehow suggesting they'll skip the queue, these will be held up like everything else there.

Huh? How is the noise from the aircraft stopping development?

So its not the noise, its the incompetents at all levels of Govt. figures.

Basically yea. I know which one we probably need to fix first to make the biggest impact on housing. Hint: it's not Kiwibuild.

fletchers will be building houses with 1 KM of the second auckland airport runway, and the council is giving them consent
buyer beware
https://www.nzherald.co.nz/business/news/article.cfm?c_id=3&objectid=11…

If you are an aviation buff its the place to be. One of my mates in london moved to hounslow out by heathrow just so he could sit in his back yard and watch the CONCORDE fly over with its afterburners on. I went over to see what all the fuss was about and the thing near blew my sausages off the bbq!

You were doing it wrong... Should have been throwing the snarlers into the afterburner exhaust!

You know what would help this government created housing inflation? More government!

I swear that belief in a divine, competent public sector is the national religion of New Zealand.