Cleaners, security guards and catering staff who contract to government departments to be paid the living wage; Minimum wage likely to go up again next year

Public Policy / news
Cleaners, security guards and catering staff who contract to government departments to be paid the living wage; Minimum wage likely to go up again next year 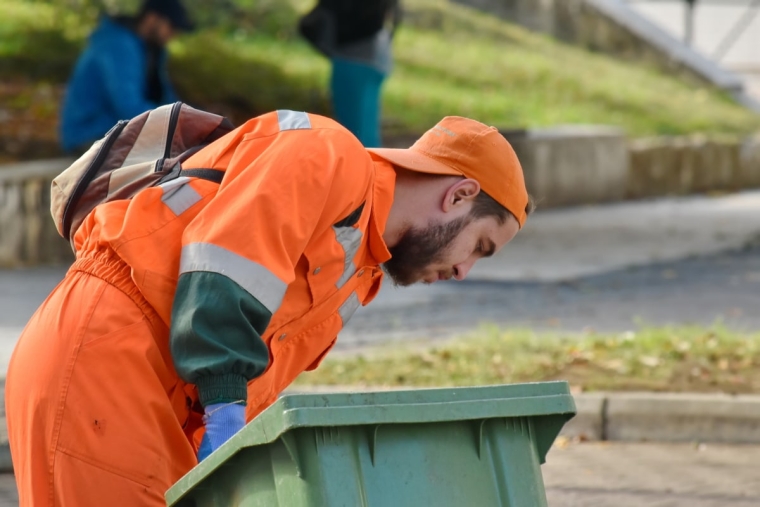 Cleaners, security guards and catering staff who contract to government departments will soon be paid at least the living wage.

Public Service Minister Chris Hipkins has directed core public service departments and agencies to ensure contracts signed or renewed after December 1 pay at least the living wage of $22.75 per hour. The minimum wage is $20 for adults.

Those directly employed by the public service have from 2018 been paid the living wage. Labour, ahead of the 2020 election, promised to extend the requirement to contractors.

Hipkins noted many departments are already paying contractors the living wage, but the requirement is now being set in stone.

Minister for Economic and Regional Development Stuart Nash described the move as "using the levers of central government procurement to drive real and progressive change".

Council of Trade Unions president Richard Wagstaff called on other employers to "seize the opportunity and move their low-paid workers to the living wage”.

The move comes on top of the Labour-led Government agreeing to bring in Fair Pay agreements and increasing the minimum wage every year.

Prime Minister Jacinda Ardern in March indicated the minimum wage will be raised again in 2022, but she didn’t say by how much.

Finance Minister Grant Robertson on Wednesday took the same position, saying, “We’ve consistently lifted the minimum wage and I would expect us to continue to do so.”

The context to this is that a tight labour market is putting upward pressure on wages across the board. This is one a number of factors contributing towards rising inflation. The effects of higher inflation are felt most acutely by those on low wages, who don't have disposable incomes to absorb higher costs.

Robertson told interest.co.nz the Government was "acutely aware" of all these issues, which are factored into its decision-making.

and how will they know it will make it to the worker, unless an OO most are employees

They are effectively setting a second minimum wage, after all, who wants to work for less than a government janitor?

The living wage benchmark in NZ is approx 100% higher than that of the minimum wage in Japan.

A Japanese government panel on Wednesday proposed raising the average hourly minimum wage by a record 28 yen to 930 yen ($8.4) in fiscal 2021, a move that is likely to deal a further blow to businesses already struggling due to the coronavirus pandemic.

And in Australia the minimum wage is 20.33 AUD (about 21 NZD), which is pretty close, I don't get the value of comparing to Japan

NZ is becoming the Greece in the south.

The rail might be light but the salary costs wont be.

"The transport perks are not confined to the customers. Incredibly, the average salary on Greece’s railways is £60,000, which includes cleaners and track workers - treble the earnings of the average private sector employee here."

Well, yes, but we're mostly shovelling endless welfare money into property. A few cents more for the folk at the bottom pales in comparison to handouts to housing.

The average house has earned the living wage over the last 3 months... and has worked 24hrs per day.

So you can overcome EROEI via proclamation!

"" Inspectors soon found staff were working more than 80 hours a week while being paid for less than half that. ""

Will Public Service Minister Chris Hipkins directed core public service departments and agencies to avoid buying from this bakery?  It took four years from anonymous report to conviction.  It must be tough being an honest business.

So if a caterer has 30% GubMint contracts, but the balance is private clients, how to apply this edict?

In similar vein, should the contracted electrician who services the caterer's ovens or certifies the cleaners' cords and fittings, be subject to the edict?

And the chain continues to lower layers- the maintenance garage for the electrician's vehicles, the tyre fitters.......

Also the question of whether this ends being a default Wellington Wage, while other parts of the country with few state sector organisations and contractors feeding into them are effectively underwriting it despite earning less.

Time to find out whether your current tenants are government contractors.

Wow $22.75 an hour with million dollar houses in NZ. The closest your going to get to being in one is cleaning it for someone else.

I support this as we have to get our incomes up in NZ so we don't lose staff to Aus. Also market rates will dictate its going to be hard to fill some jobs at $20 an hour next year