Policymakers at numbers 1 and 2 The Terrace to work more closely together, as Treasury will from July officially start monitoring the Reserve Bank

Public Policy / analysis
Policymakers at numbers 1 and 2 The Terrace to work more closely together, as Treasury will from July officially start monitoring the Reserve Bank 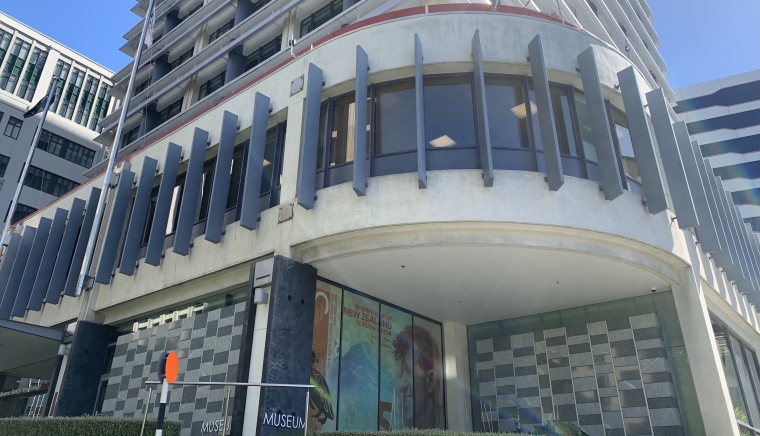 Preparations are underway for the Treasury to start providing formal oversight of the Reserve Bank (RBNZ) from July 1, under legislation passed last year.

The Treasury is bidding for more funding in Budget 2022 (due for release on May 19) to enable it to take an “active and engaged approach” towards monitoring the central bank.

Currently, the RBNZ board is tasked with reviewing the performance of the RBNZ on behalf of the finance minister.

Under the Reserve Bank Act 2021, the Treasury will do the reviewing, while a new board will become responsible for the RBNZ’s governance and all its functions, other than monetary policy decisions (IE setting the Official Cash Rate).

The board will take responsibility for financial policy matters - developing prudential requirements for banks, other deposit-takers and insurers, supervising these entities, doing crisis management and running the new deposit protection scheme.

The changes, which have been five years in the making, will see the independent central bank more accountable to the government.

They follow the first phase of a review of the Reserve Bank Act 1989, completed in 2018, which required the RBNZ to target employment as well as inflation, and put monetary policy decisions in the hands of a committee, rather than just the governor.

The Treasury, in a report prepared for Finance Minister Grant Robertson in November 2021, said the new monitor role would see it help him appoint board members, set the RBNZ’s strategic direction and performance expectations, monitor the RBNZ’s performance, issue a Financial Policy Remit, agree on a foreign exchange framework with the RBNZ, administer appropriations, administer legislation and tender advice to ministers.

The Treasury considered an “active and engaged approach” towards monitoring the RBNZ “best practice”.

It said it would support the development of “high-quality public accountability” information by the RBNZ and provide an independent view to the Minister of “risks to the organisation and opportunities for organisational improvement”.

“The Treasury will now have both a second opinion policy role and monitoring role,” the Treasury said.

“This is not a unique situation, with the Treasury already navigating both policy and monitoring roles for entities such as the Earthquake Commission…”

Again, while the Treasury will monitor the Monetary Policy Committee’s performance, it won’t be involved in monetary policy decisions. A Treasury observer will however continue to sit on the committee.

Financial consultant, Geof Mortlock, welcomed the change. He was baffled by the lack of monitoring of the RBNZ and RBNZ board to date, saying there was nothing stopping the Treasury and finance minister from doing so proactively under the old legislation.

For the new arrangement to be effective, Morlock said the Treasury would need a lot more resourcing, and the calibre of the board would need to be improved.

He was disappointed by the level of analysis in annual reports and the lack of minutes produced for meetings between the chair of the board and finance minister.

Three appointments have already been made to the new board, including the current RBNZ board chair Neil Quigley, RBNZ advisory board member Susan Paterson and chair of NZ Post (among other roles) Rodger Finlay.

Sean Keane, Triple T Consulting managing director who’s also a Jarden board member, observed the change as a swing back to governments taking more control of economic policy, after a few decades of them outsourcing much of this responsibility to central banks.

He noted that since the 2008 global financial crisis, central banks have been asked to do more. Accordingly, they’ve been creative and used a broader range of tools to meet their monetary policy mandates.

He said years of quantitative easing in the US, for example, has “facilitated the largest and fastest growth in wealth inequality in human history”.

So, governments are stepping in again, which Keane believed wasn’t unreasonable in a democracy.

However, Keane saw its power being diluted on the monetary policy front; the area that has major social and economic impacts.

Noting the Government’s decision to temporarily cut fuel taxes to soften the blow of inflation at a time economic conditions need to be tightened, he questioned whether politicians were willing to take more difficult and unpopular decisions, previously outsourced to central banks.

If you can find someone with the heart to be a RBNZ Governor, its the first step.

And most importantly, let the press have a Q and A session with the Governor and members of the board.

Maybe then, no stonewalling...no secrets

It doesn't surprise me given runaway inflation has become a political football.

Good news - with this move it should make it easier now to blame the government.

They are both to blame.

I would not be surprised to see pressure exerted from treasury/labor to stop interest rate rises because they do not want to see the housing prices correct as they normally would if the RB stuck to it's mandate.  Remember a treasury paper reported in Interest last that said that continued house price increases on balance were good for our economy???!!!  Ignoring the the carnage that it causes to the less wealthy and younger generation.  We are going to loose most of the brightest and best from this generation.  See today,s article to this effect.

This will be the second housing crisis that Treasury actively enabled and exacerbated, after their ideological bent also helped drive the leaky buildings crisis.

if Treasury did stop interest rate rises- then it undoubtedly would create stagflation and that would be a very very ugly result for the NZ economy- not only would the unemployment rate tank , dragging down the housing market into a crash that would make the GFC seem like a tiny blip on the economic radar- it would destroy thousands of small businesses and completely trash NZ's credit rating.

We might not like the solution to the inflation problem, but you cant defy the laws of economics and for those who think you can - I suggest you take a long hard look at Turkey and what Ergodan has done by lowering interest rates to fight inflation and anybody in their right mind who thinks Treasury would do the same - may I suggest buying lots and lots of US dollars now.

Princes of the Yen is a good watch/read if you're interested in the truth about the monetary system. Richard Werner provides some interesting solutions: