DairyNZ tackles MPI over its control of data in the NAIT review. Little good news coming out about Fonterra. But a challenge to supermarkets in Christchurch

DairyNZ tackles MPI over its control of data in the NAIT review. Little good news coming out about Fonterra. But a challenge to supermarkets in Christchurch 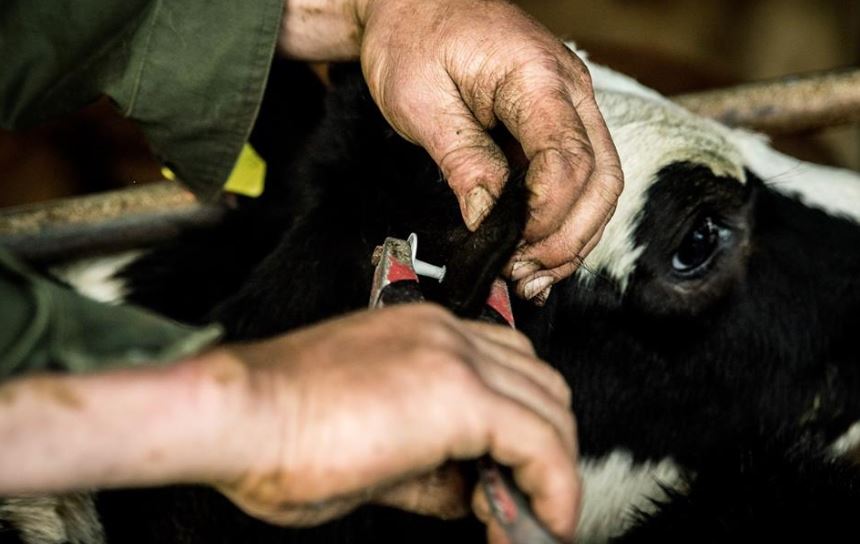 It has probably escaped the notice of most except the most committed but the NAIT (National Animal Identification and Tracing) review has been open and now closed for submissions. There was only a four week window so if you weren’t aware any opportunity to comment is now past.

However, DairyNZ have been on the case and have put in a submission on behalf of their dairy farmer shareholders. While broadly accepting the need and benefits of a comprehensive traceability programme, they do have some concerns.

Under potential changes to the system is the clause: The Crown owns the data held on the NAIT system and providing it to agencies that need it.

DairyNZ Biosecurity Manager, Dr. Liz Shackleton who presented to government said “While DairyNZ is largely supportive of the proposed changes to NAIT, we have serious concerns about data security and want to send a clear message that we are firmly opposed to any attempt to take ownership of farmers’ NAIT data. The Crown does not need to ‘own’ the data to manage the risk.”

Given the number of information leaks coming out of government departments, be them inadvertent or not, DairyNZ may have good reason for concerns.

They believe the government can and should have access to the data when required, such as with the M. Bovis scenario. However, the “Minister’s data grab [is] a step too far in [the] NAIT review”.

The next stage of the review is the presenting of the report from the outcomes of the consultation process (4th November) followed then by the second and third reading before Parliament. So, some water to pass under this one yet.

Sticking with DairyNZ, the shareholder election is coming up: “DairyNZ levy payers will receive a vote pack in the mail from September 23, so keep an eye out for it, and learn more about all the candidates before casting your vote.”

The 2019 Board of Director candidates are:

DairyNZ’s board consists of five farmer-elected directors and three board-appointed directors. This year, directors Ben Allomes and Elaine Cook are both retiring by rotation. Mr Allomes is not standing for re-election.

Fonterra’s decision to delay its financial reporting from today (12th) to the end of the month has not helped any speculation around what the result will be.

Adding more fuel to the fire Colin Armer, Fonterra's largest farmer-shareholder, has made a complaint to the Financial Markets Authority over the company's recent financial forecasts and asset write downs.

Standard and Poors have been critical of the Co-ops performance. Given the halving of the Fonterra asset sheet it is perhaps surprising there was not a greater downgrade. A brief cover of S&P’s history with Fonterra is below.

2018 : Fonterra's S&P global ratings  are not affected by the group’s lower earnings forecasts for the year ending July 31,  2018.

2017: Standard & Poor’s is more sanguine about its A-(1) rating on Fonterra now dairy prices have improved.

2015: Fitch Ratings credit rating agency has downgraded Fonterra from AA- to A, the second credit drop the dairy giant has received in the last two weeks. Earlier, Standard & Poor's dropped the co-operative from A to A-.

Given the low share value of Fonterra shares ($3.18) farmer shareholders may feel locked into the Co-op and are in for the long haul. All will be hoping that some positive news comes out some time soon but in reality, it this is not likely to occur until another season begins. With talk now of Fonterra retaining perhaps up to 45cents to help alleviate debt even the $6.75 back to farmers is looking remote.

On a more positive note, Christchurch has been the odd one out of New Zealand’s major cities in not having a counter to the hold of the major supermarkets when it comes to purchasing fresh produce. A major step to rectify this opens on October 1st with the Riverside Market opening. The brainchild of the Peebles Group a fully covered 3500sq metres area will contain 70 different food and produce retailers all operating independently but under the oversight of the Riverside Market management.

Set in the middle of the Christchurch CBD it is one of the features of the “revitalise Christchurch” plan which even before the 2010/11 earthquakes struggled to get the numbers necessary into the central city to give it the vibrancy the city deserved.

With a focus on locally produced food, apart from the odd international exception, operating seven days a week it is bound to have an impact on both supermarkets fresh produce sales and perhaps the weekend farmers markets as many are making the shift to avoid the cold early weekend mornings to go to a warmer environment.

The reason the government wants to own the the data is so they can supply it to regional councils to use when they are assessing farm environment plans and cross checking auditors reports. This government does not trust farmers, and I suppose the feeling is mutual.