Allan Barber assesses the long and short term risk factors for New Zealand from Brexit for meat exporters who must get on with winning orders and satisfying customer demand in Europe. China is the relief valve

Rural News
Allan Barber assesses the long and short term risk factors for New Zealand from Brexit for meat exporters who must get on with winning orders and satisfying customer demand in Europe. China is the relief valve 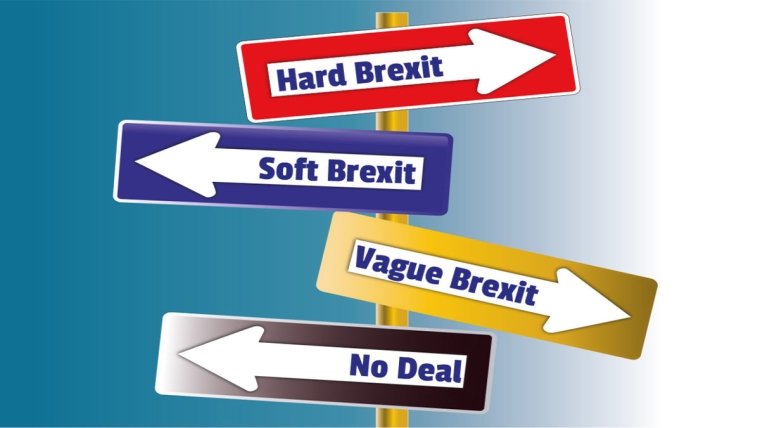 Any hopes Brexit would be sorted this year are receding further into the distance with every new twist and there’s a strong chance the situation will have changed again by the time you read this. For obvious reasons I won’t make firm predictions about the likely outcome, because it’s impossible to predict which of several will eventuate, but it is possible to assess the long and short term risk factors for New Zealand exporters who must get on regardless with securing orders and satisfying customers.

Unsurprisingly it is hard to get too much information from the exporters about their shipping programmes for the Christmas chilled trade, because they are in the middle of negotiations with their key customers and they are also reluctant to upset them by disclosing confidential details in print.

Silver Fern Farms’ position remains much as was conveyed to suppliers at the beginning of the year; essentially no immediate disruption is expected with UK customs authorities accepting shipments which have EU documentation for six months after Brexit (whenever that might be). SFF’s latest position states “Given the continued high levels of political uncertainty surrounding the UK’s political dynamics, we are retaining a watching brief regards the UK market at an industry level and directly with our customers.”

Rick Walker, ANZCO’s GM Sales and Marketing, confirms it is currently business as usual for chilled shipment planning and access to the UK, with assurances the quota split will enable clearance of non-EU shipments into the UK through Felixstowe and London Gateway, the main ports for New Zealand origin containers. In the increasingly unlikely event of a no deal Brexit on 31st October, there is a possibility of delays as a result of resources being reallocated from those ports to handle problems at other entry points like Dover.

AFFCO’s Group Manager Sales and Marketing, Mark de Lautour, says it is a critical time for Christmas and Easter chilled contract negotiations. AFFCO is still in the initial stages of discussions, although retailers have indicated they will be placing orders and will expect New Zealand exporters to be ready to supply. That said, under the current unprecedented political conditions, retail customers appear naturally cautious to commit and will likely look to minimise their risk exposure where possible. In a similar fashion, company policy sees AFFCO actively looking to manage its own risk-exposure to commercial factors it can’t control, while at the same time maintaining strategic relationships.  With overall lamb cut returns from Chinese buyers currently surging ahead of expected chilled lamb prices from the UK, there are options available if needed.

MIA Chief Executive Tim Ritchie makes the point NZ exporters will not want to walk away from the traditionally valuable UK chilled market, but will need to keep other options on the table as a risk management strategy. He also says it is far easier for UK retailers to make flexible arrangements than it is for NZ exporters who face a five week shipping time.

While there are concerns about the potential quota split, when Brexit finally happens, recent years haven’t seen shipments approaching the total access entitlement of 228,000 tonnes of sheep meat or more than 50% of that figure to either the UK or rest of the EU. This is due to declining volumes here and relative prices obtainable elsewhere.

The impact of Brexit, whether now or at some point in the future, won’t necessarily be felt immediately because of the agreement on customs clearance. The main effect will become evident when large quantities of English, Welsh and Scottish lamb no longer have a ready EU customer base and will inevitably flood the UK market. Another concern will be the impact of Brexit combined with global trade conditions on the British and EU economies which may result in seriously reduced demand for imported products.

Had Brexit been a factor even three years ago, it is worth remembering trade with China wouldn’t have been sufficient to provide a viable alternative market. Therefore close attention needs to be paid to the sustainability of the trade with China from the crucial perspectives of continued access, competitors, and consequently price and volume. While there is understandable nervousness about the increasing proportion of New Zealand production being shipped to a single market, there are as yet no signs of that particular tap being suddenly turned off.

The growth of the Chinese middle class provides confidence demand will continue to increase for both sheep meat and beef, but it will become much more important in the future for New Zealand exporters to understand the fast-changing dynamics and trends in the Chinese market. Finding the right distribution and retail partners is essential, as is total commitment to the use of social media and digital technology to connect the consumer to the New Zealand or individual company brand. Embracing new technology will build brand awareness and loyalty which will protect New Zealand against loss of market share to its competitors.

Whatever the immediate result of the Brexit negotiations – no deal, extension, general election, second referendum or an agreement – there’s no doubt it will be months if not years before we know the final outcome. Meantime trading relationships will be fraught with uncertainty and New Zealand exporters must make their own individual decisions on the level of risk they are willing to accept. We must keep our fingers crossed New Zealand’s relationship with China remains strong.

Brexit is distressing and yes it's official Boris Johnson is the buffoon behind this fiasco from beginning to end stage. Why did he do it; Ego and greed!!
BBC article: David Cameron: Boris Johnson backed Leave to 'help career'!
"Boris Johnson did not believe in Brexit during the referendum campaign and backed Leave "because it would help his political career", says David Cameron". https://www.bbc.com/news/uk-politics-49705213

The cheek of that hypocrite, Cameron is the one who called the original referendum, thinking in his hubris that he would put the matter to rest once and for all.

The EU is an appalling institution and the sooner Johnson gets Britain free of it, the better.

Boris is NO buffoon, he has a virtual mission impossible to deal with, Labour and those remainer traitors which I suspect the EU wants this to happen, all this disorder, they do not want the UK to leave. David Cameron started this with his referendum hoping the UK would have voted by a small margin to stay in the EU, HOW WRONG HE WAS