Guy Trafford critiques the Commissioner for the Environment's latest report, and wonders if the problem of turning ideas into actions and results will be this Government's demise

Guy Trafford critiques the Commissioner for the Environment's latest report, and wonders if the problem of turning ideas into actions and results will be this Government's demise 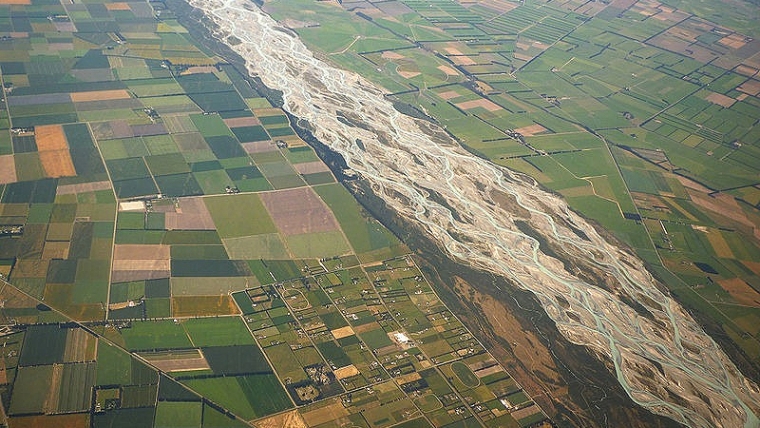 The ongoing reports coming out of Australia of multiple bush fires that are regarded as the worst recorded and largely due to the ongoing drought and compounded by high temperatures, must be a poignant reminder and lesson of what the impact of climate change may look like - with the near 5,000 hectares fire in Middlemarch Otago a reminder that New Zealand is not immune.

Although, thankfully the rain does keep coming this side of the Tasman. Australia’s extremes, especially when it comes to heat and drought, can be considered as the early warning system for New Zealand and so shouldn’t be discounted as only affecting them and having no relationship to our climate.

To this end the latest report coming out from the office of the Commissioner for the Environment needs to be considered and the concerns raised taken seriously.

For the farming sector given how much policy that impacts on farming is driven by the attitudes of the public and politicians towards the environment this is even more important. Rather than writing on environmental issues, this time the Commissioner takes aim at the lack of good data.

The gist of what Commissioner Simon Upton is saying is that there is a lack of coherent information and that the data collected comes in a piece meal fashion often the result of being collected for other purposes. This makes it difficult to get a clear picture of our environmental conditions and whether they are getting better or worse. An example highlighted is: “The last survey of land cover in New Zealand was undertaken in the summer of 2012/2013. We are now almost in the summer of 2019/2020. I don’t think anyone would seriously argue that investors or policymakers should take decisions on the basis of seven-year-old data – too much happens in seven years”.

The lack of independent comprehensive data has, in many cases, led to the ongoing arguments with the like of Fish and Game and Dr Mike Joy with farming sectors with all parties being somewhat selective in data and emphasis. Given the increasing importance everyone is putting on the environment the report makes recommendations to try and remedy this situation for future planning.

Falling out of these broad recommendations comes more specific actions for government to:

With clearer science-based guidelines and general agreement upon what is practically desired and possible for our environment(s) it should lead to greater buy in and understanding from all parties. It should also lead to recognition and acceptance of what good things are happening and what further needs to be done.

While this may sound relatively simple and reasonable, the Commissioner highlights the fact that: “Despite attempts over more than two decades, no agreement has ever been reached on a set of core environmental indicators.” With political parties seeming to be moving closer together in their attitudes towards the environment a lasting agreement looks more likely now, as seen with the Zero Carbon Bill currently moving through parliament, providing the government sets its mind to the task.

Looking from the side-lines, one of the issues the current government has is moving ideals into action.

Setting goals and passing bills through parliament is one thing. But converting this into actions and results is something else. One of the criticisms that can be levelled at Government is despite being flush with cash little is being achieved with infrastructure and development.

Having a lack of trained people and the capacity throughout the country to lift our game above “business as usual” may be the weak link for this Government and ultimately may be their downfall as the populous gets tired of waiting for improvements to occur. This may impact upon support from both ends of the spectrum with the greener left wing discouraged with a lack of environmental results while business (right) tired of waiting for infrastructure projects and the like to get off the ground.

Having a lack of trained people and the capacity throughout the country to lift our game above “business as usual” may be the weak link for this Government and ultimately may be their downfall as the populous gets tired of waiting for improvements to occur.

Aside from env monitoring, the additional environmental/conservation-related work is virtually endless. I've advocated for the introduction of a Conservation Corps for those 18-24 years old - no entry requirements, no ceiling on the number able to join and maximum length of service being 3 years. They would be full time paid positions.

Paid for in part by scrapping the tertiary study subsidy schemes (aside from apprenticeship schemes) after the third year of its operation. The idea being that everyone after leaving secondary can save for a tertiary education should they wish by joining the Conservation Corps.

I'd be cautious about the CC-fires links. WA, which burns north of 200,000ha/yr in a planned and controlled way, and especially near settlements, has a much better track record in controlling the inevitable fires (40% human-ignited, 25% lightning etc). Given that weather (temperature, wind, humidity, polar vortex) cannot be controlled in any short-term fashion and probably not at all, and ignition sources are similarly essentially uncontrollable, what's left (as the firies know) is controlling fuel load. An overview here , and an excellent series of State Parks and Wildlife videos here.

Activists and the media never let a good tragedy go to waste. Relying on the populous having scant knowledge of history. If there was only some easy way out there to research history and gain some context.

The Courier Mail, Monday July 29th, 1946
By a Staff Correspondent
TOWNSVILLE, Sunday. — Fires
are burning to-night in an almost
unbroken chain from the edge of
Brisbane to Townsville, 800 miles
distant.
https://s3.amazonaws.com/jo.nova/photo/earth/fires/fires-qld/800-miles-…

What do weather patterns show?
The year coming into the 2019-20 summer has been unusually warm and dry for large parts of Australia. Above-average temperatures now occur most years and 2019 had the fifth-driest start to the year on record, and the driest since 1970. Australia recorded its hottest month in January 2019, its third-hottest July and its hottest October day in some areas, among other temperature records.

"Warm and dry" compared to what? For a bit of historical context have a read up on the Federation Drought which makes the current dry look like a pup - or go back a bit further. "The longest megadrought, of 39 years duration (A.D. 1174–1212), occurred at the end of a century of pronounced IPO positive drought conditions, with 80 of the 111 year period A.D. 1102–1212 in drought.". Must have been a lot of coal burnt then too? Pre-colonial Aborigines must have been early SUV adopters?
https://agupubs.onlinelibrary.wiley.com/doi/10.1002/2014GL062447

Above-average temperatures now occur most years and 2019 had the fifth-driest start to the year on record, and the driest since 1970. That's the facts..you can keep going backwards but this data is way more relavant than your AD digging and for the folks who lost their homes, irrelevant.
Also maybe you can check back to BC and check the data sets then.
Flooding in the Italian city of Venice has hit the second highest level ever recorded. The high-water mark hit 74in late on Tuesday, meaning more than 85% of the city was flooded. The highest level recorded was 76in during infamous flooding in 1966.

Poor old Frazz - did no one tell you we are living in an inter-glacial warming period? Don't be shocked average temperatures are going up. It does that during a warming period, has been doing so since the little ice age. The rate of warming now isn't any faster now than pre 1945. Given that the Aborigines walked to Tasmania shows you that things change and temps aren't going to stay in the little ice age - even if you want them to.

"Firstly, fire prevention is not sexy. Nobody gets any credit for a disaster pre-empted. Journalists and inner-city people love a good bushfire. It is the ultimate theatre, with swooping water bombers, firefighters putting their lives at risk, forest infernos, houses bursting into flames, farmers shooting burnt sheep in blackened paddocks, funerals with bagpipes and so on.
...Fixing the climate so as to fix the bushfire crisis is particularly popular with the authorities. Being able to blame the climate for unstoppable bushfires is, politically speaking, a beautiful strategy: it absolves ministers and agency bureaucrats of any accountability."
https://quadrant.org.au/opinion/doomed-planet/2019/01/a-note-on-climate…

A worthwhile read from a firefighter and long-term resident on the ground;

A month or so ago Auditor General John Ryan issued the statement "there is not enough information about freshwater at a national level to prioritise efforts on a national basis". Now the Parliamentary Commissioner for the Environment says much the same thing. Might both statements not be code for " the government is pressing ahead without knowing where it is going?". If the government were an aircraft the cockpit alarm would be blaring "pull up, pull up"

Once again Guy gets its totally wrong on freshwater. If water quality was measured properly and consistently it would be even clearer the impact of intensive Agriculture. The reason there are inconsistencies and any doubt is caused by Regional Council's self reporting to make themselves look good as i pointed out here in more detail https://pureadvantage.org/news/2018/04/24/lawa-gone-beyond-remit/
So if the proposed changes to NPS-fm and Upton's recommendations make it then better reporting will mean Guy Trafford will have to admit I was right all along.

Agree with Simon Upton. Research has only recently being done in Southland that shows The dominant faecal pollution in 80% of the rivers sampled was from wildfowl such as geese, swans, gulls and ducks.
The study showed that ruminant pollution (cows, sheep, deer and goats) was present in approximately 50% of samples, with increased prevalence following rainfall.
https://www.es.govt.nz/about-us/news?item=id:27zyyn4re1cxby7al92d