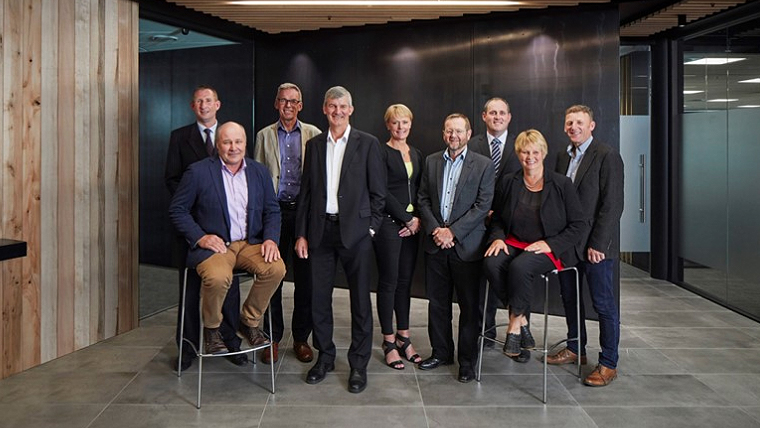 Alliance’s 2019 annual report states upfront the company is in the fourth year of its transformation strategy ‘to capture greater market value and maximise operational performance’ which has resulted in taking on some extra costs, but already shows strong results and improved profitability.

To assess whether there is a clear trend which confirms the improvement in operational efficiency, a fitter business with a lower cost structure and effective investment in sales and marketing, I have gone back over the last four years’ financial performance instead of comparing the latest year with the previous trading period.

Over the four years the balance sheet has grown by $114 million with significant increases in trade debtors and inventories on the asset side of the ledger and more debt to fund higher receivables, and the 2019 investment in the pet food joint venture Meateor. The buoyant state of the international red meat market has obviously brought about a substantial lift in revenue and product costs, as well as the value of inventories and accounts owing, but it has also made it difficult to analyse how successful the investment in sales and marketing has actually been.

A simple comparison of revenue, costs and profit before distribution to shareholders over the years 2016-2019 shows a somewhat up and down pattern rather than a consistent upward trend. This leads to the inevitable conclusion it is too early to claim long term success, requiring another couple of consistently good years, before Alliance can state confidently it has solved the traditional meat industry performance problem of paying too much for livestock supply.

Gross margin is merely the amount of cash remaining after deducting the cost of sales, but the operating profit after deducting sales and marketing, plant and administrative costs provides a better summary of how the business as a whole is performing. The same period under review shows an even more inconsistent pattern with fluctuations between a low of $14.351m in 2018, worse even than 2016 on turnover 26% higher, and much better performances in 2017 and 2019.

After steadily increasing finance costs as a consequence of more borrowings, the annual profit before distributions to shareholders and tax has shown similarly wild swings. While the 2019 result in isolation gives cause for hope, it is little different from 2017 when revenue was quite a bit lower and costs apparently under better control.

The main culprit appears not to be sales and marketing expenditure which has been relatively constant over the period, but administrative overheads which have followed an inexorable upward curve, increasing by $12 million or 40%. At the same time finance interest costs have risen by $3 million, an increase of 46%. That is $15 million Alliance must now generate annually just to stand still compared to four years ago. It is worth noting a profit before pool distributions and tax exceeding $15 million has only been achieved twice in the past six years, with the other years being in a range between $7.8 - $10.4 million.

The 2019 annual report states early in the Chairman and Chief Executive’s Review “…we had to evolve our approach as the business moves forward. We continue to drive efficiencies to achieve operational gains, however in some selected areas we have consciously taken on additional costs to build for the future and stay ahead of the curve. We remain mindful of the need to be prudent with shareholders’ funds.” The Review goes on to say: “We are building an inter-generational business that builds long-term sustained value for farmers.”

These are worthy objectives which shareholders would surely agree meet their own farming strategic intentions, but there is no guarantee of uninterrupted success from a differentiated value added proposition across an expanding product range in a number of new markets. Bolstering the company’s sales and marketing resource will help to achieve this with the caveat not all new brands and products will establish themselves in the consumers’ mind without a lot of hard work and expense.

It’s too early to conclude Alliance or the meat industry as a whole has found a failsafe way of being economically sustainable over the long term, given the large number of challenges it faces, both at home and globally. Nobody could argue with the intent to identify and satisfy consumers’ needs and wants as the most logical strategy for success, but when one considers how much consumer tastes have changed even in the last five years, there is no guarantee of getting it right.

Alliance has changed substantially from the parochial Southland sheep meat business it used to be with top management now mainly based in Christchurch and an increasing focus on brands, beef and the North Island. But it would be wise not to forget the conservative approach and tight control of costs which were traditionally at the heart of its business. The jury must still be out on whether its transformation will succeed.

“Administrative Overheads” that is a red flag to most hard working farmers. Years and years ago one stalwart Southland farmer, on television, described succinctly, such personnel as “shiny arses.” In truth the building of empires within an empire is a harbinger of ill fortune, more likely than not. Too easily these internal divisions can, with the inevitable ambitions inherent, divide. For an example, you need look no further than the fate of Waitaki International. Is it then, too simple to think that the introduction of high speed technology, communications, analysis, access to records and rules, should have decreased rather than increased the number of backroom personnel. Then as Northcote Parkinson accurately surmised, work expands to service the number of staff present (or words to that effect.)