Allan Barber reports the fall in schedule prices is a temporary transition as markets adjust to Chinese and American changes, and strong underlying demand will see them rise within months

Rural News
Allan Barber reports the fall in schedule prices is a temporary transition as markets adjust to Chinese and American changes, and strong underlying demand will see them rise within months 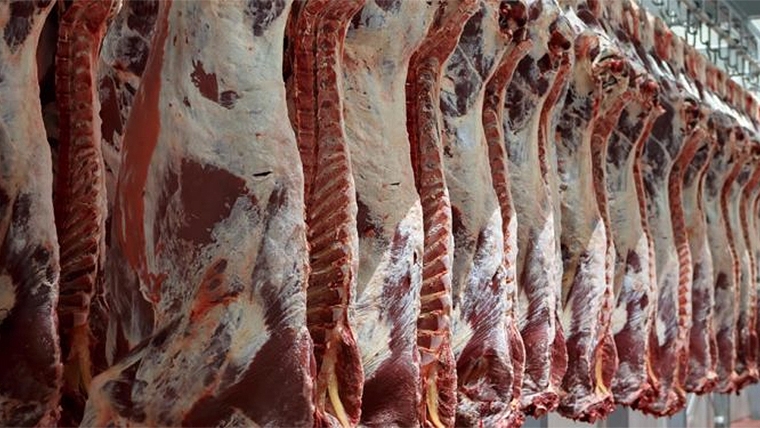 It is difficult to see any real reason for panic over the sudden pre-Christmas reduction in demand for sheepmeat and beef from Chinese importers which has led to prices coming off their peak.

Livestock suppliers will already have noticed a drop in schedules from the elevated levels processors had been paying over the first couple of months of the season. It’s tempting to fear the worst given past experience with high prices paid by meat processors which have inevitably been followed by a sudden crash and a long slow recovery.

This time the situation really does seem to be different, if you look at the fundamental demand for product in China.

In discussion with AFFCO Group Sales & Marketing Manager, Mark de Lautour, he sees the current situation as more of a hiccup, with traders collectively liquidating inventory in advance of Chinese New Year and the need for cashflow to cover large shipments of South American beef on the water. Like Thanksgiving in the United States, Chinese New Year is the big holiday when everybody celebrates at home with family for one or two weeks, resulting in a trebling of food consumption. Not unnaturally the Chinese authorities would welcome additional product being available at lower prices to make sure there is enough product in the market to satisfy the sudden increase in demand.

Buyers with cash are taking advantage of the availability of well-priced meat. Not surprisingly the cheaper product washing round the system will need to be consumed before the previous price levels can be re-established, but the good news is demand remains strong.

As confirmation fundamental demand remains strong, AFFCO reports a number of clients have continued to place considerable orders both sides of Christmas. While not at the highest price, buyers continue to buy which indicates no significant drop in interest. Unsurprisingly there is a certain amount of pressure on prices which is likely to be the case, as long as surplus inventory washes through the system. De Lautour expects this situation to last no more than three months before demand reverts to solid levels, and therefore the biggest risk sits with New Zealand sellers not fully understanding the situation and over-reacting.

Reasons for this optimism are as before: the continuing impact of African Swine Fever and the shortfall in protein supply which has resulted in average monthly imports of 250,000 MT since early 2018. Nothing has happened to change these market fundamentals. In the short term logistics infrastructure shuts down for 10 days either side of Chinese New Year and customers don’t want deliveries for nearly a month when consumption is at its highest. Much of the inventory will have been sold and consumed by mid February, but after this strong demand is expected, as buyers refill the pipeline.

During the December to February period schedule reductions are inevitable, with processors protecting themselves against paying too much in a temporarily weaker market. For example before Christmas Alliance sent a market pricing update to its suppliers which outlined the latest developments in China and the immediate impact on livestock prices as a result of overnight price corrections of up to 15% on all beef and sheepmeat categories. Because of the company’s previous experience of a similar market correction in 2012, when it reacted too slowly and suffered a significant loss, Alliance has decided to act decisively this time.

In its market update Alliance expressed the hope this would be a short term issue and assured shareholders, in accordance with its cooperative principles, it would refund them any over correction, if it turns out to have reduced livestock prices to a greater extent than necessary.

While this appears to be essentially a short term China trade issue, there will also be broader implications for prices in other global markets, notably the American beef trade where there has been some downward price pressure. China’s meat imports must be placed in the context of other trade arguments and agreements, such as the conclusion of a Phase One trade deal between China and the USA which will see a reduction in retaliatory tariffs imposed by both countries. The American National Cattlemen’s Beef Association has welcomed progress towards this agreement, noting, although it awaits further details, it will bring relief to farmers and ranchers who have been targeted with China’s tariffs for many months.

Over time American beef exports will gain a greater share of the Chinese trade which makes it extremely important for New Zealand meat exporters to strengthen existing relationships with importers and focus on the higher value segments of the market. There will always be blips in customer demand and price structures, but China is likely to remain our most important trading partner for the foreseeable future

Allan, I agree with you that things should return to normal. I just don't know if the world we live in has a 'normal' anymore.
China is going to do what's in China's interests and that could mean encouraging competition in meat markets.

No love usually lost between AFFCO & Alliance. My money would be on Alliance in terms of being both prudent and savvy. But then you are looking at a privately owned concern vs one that is accountable to its farmer shareholders. Best to fail safe then.

Your delusional if you think you can predict the future,there to many variables out there,all companies add to the competitive mix, one only has to look at prime range meats mutton schedule of about 6.60 per kilogram,across all grades mf included earlyier in the season,no platinum or gold shares in agl ,would save you from taking a bath .