Allan Barber sees a new decade with an unprecedented set of challenges which some farmers may decide they can’t handle. Others will welcome the challenge and have a strong desire to prove they can thrive

Allan Barber sees a new decade with an unprecedented set of challenges which some farmers may decide they can’t handle. Others will welcome the challenge and have a strong desire to prove they can thrive 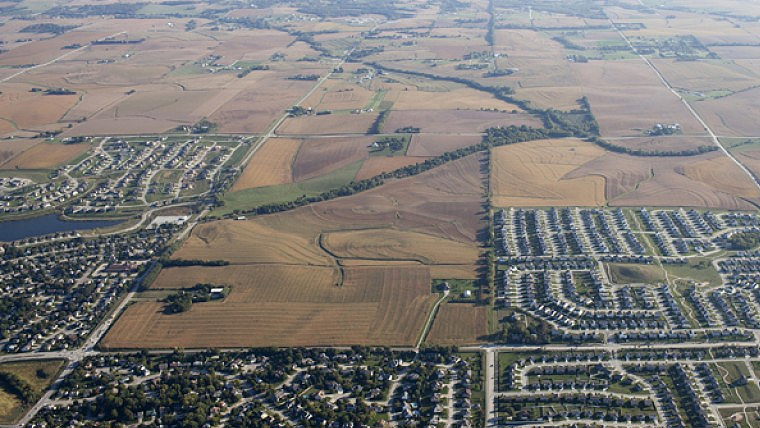 Assuming the new decade has already begun, unless one takes the pedantic view it won’t start till next year, there are plenty of signs it will be completely different from the past 10 years. In many ways it will be a continuation of what is already underway with 2019 providing a sea change in several significant areas, notably the accelerating impact of climate change both from higher temperatures and extreme weather events, as well as projected government regulation to reduce greenhouse gases.

Other issues of significance include domestic freshwater policy, global trade agreements, bank capitalisation, debt tolerance and lending policies, and public opinion which is increasingly strident in its condemnation of the environmental impacts of animal based food production.

Against this challenging background, farmers could be forgiven for burying their heads in their hands and hoping for the best, but clearly that won’t get them very far.

The immediate challenge is to work out what their priorities are, who to listen to for sensible advice and then develop an achievable strategy. The first priority remains what it has always been: to identify the most profitable farming method for the property, while working within the limitations of soil type, weather patterns and carrying capacity. Increasingly this entails complying with environmental targets and assurance programmes, while maintaining accurate farm production records.

The agricultural sector has committed to a programme, He Waka Eka Noa, which guarantees by 2025 all farming enterprises will have a Farm Environment Plan and be able to identify their carbon emissions, as well as being equipped with the technologies for offsetting their carbon emissions. The government has accepted this programme, but reserves the right to take control away from the sector and bring it into the ETS, if not enough progress has been made by 2022. This commitment places huge responsibility on the farming sector and advisory groups to move mountains in pursuit of this goal. The clock is ticking.

The most obvious change that has taken place in the last two years is the growing assertiveness of public opinion, boosted by the ubiquitous nature of social media. Key targets of social media are those industries which are seen as polluting and exploiting the environment, such as animal based food production. Strident critics don’t differentiate between methods of production, such as grass fed versus grain fed, naturally raised or fed with growth promotants, but tar everything with the same brush.

Conversely plant based and alternative proteins are promoted as good for the environment and the consumer, regardless of the number of ingredients they contain or their relative lack of essential vitamins. Meat and dairy production, whether justifiably or not, is inevitably associated with environmental degradation.

So the new decade which actually started in 2019 or earlier is certain to see these trends continue. Farmers will feel increasingly isolated and misunderstood which makes it essential for their industry bodies, DairyNZ and Beef + Lamb NZ, and their processors to deliver the tools to ensure they meet the sector’s undertaking. If this happens, they will be able to stand tall in the knowledge they have met their obligations.

Although it is impossible to predict prices 10 years out, present demand patterns give some confidence of price stability at the higher end of expectations for at least the next two years. African Swine Fever has virtually halved China’s pig population and the speed of recovery is very uncertain which means there is a massive protein shortage. Although the growth of the Chinese economy has slowed, the middle class will continue to expand with positive implications for red meat and dairy consumption.

Trade with traditional markets, USA, EU and UK, is unlikely to expand dramatically, but there will continue to be solid demand for what New Zealand produces, reinforced by the probability of free trade agreements with the last two markets after Brexit has finally been concluded. The Taste Pure Nature programme will increase the higher value end of beef consumption in the American market and may well start to have an impact on other parts of the world such as China. Dairy, especially A2, will remain sought after, enabling prices to retain their strength.

The final factor to watch carefully will be the attitude of the banking sector to debt equity ratios. The major banks, all Australian owned, will inevitably become more risk averse, therefore less tolerant of high debt, particularly where there is insufficient asset backing. It will be extremely important to keep a close eye on property valuations – what was previously a mortgage secured against a realistic value can quite easily become a doubtful debt and banks may decide to foreclose. It will be very important to borrow conservatively and communicate openly with a lender about any developments.

Whether the new decade is a new dawn or more of the same depends on the perspective, but what is certain is it will bring an unprecedented set of challenges which some farmers may decide they can’t handle. Others will welcome the challenge and have a strong desire to prove they can thrive in the new environment.

The bigger challenge looming for farming is one of stewardship.

Most farmers are approaching retirement age and some, with few children interests in taking over the operation. Finding good shepherds is like looking for a needle in a haystack.

Alan, interesting comments - the farming industry is waiting for someone to come up with solutions, but the answers need to come from within. The Government certainly won’t help. Banks can’t do anything as they have already invested in land & stock. They must have real concerns - yes, they may start to foreclose, but that would collapse the market and then how do they get their investments back? Elsewhere, older farmers are often reliant on the increasing capital value of their land to retire, but how can they release this equity if the next generation doesn't want to farm or can’t borrow. One solution is invest in technology to cut down on work requirements, but hang on, most aren’t able to borrow to do so. It is time to start thinking outside the box. I’ve no vested interest in promoting the Riverside Market in Christchurch, but it seems to be a significant success and no doubt rewards the hard work of the stall holders. These alternative markets don’t suit everyone, so other ideas need to be tried out. Someone who wants to sell their farm can act as the bank themselves. The purchaser pays off the loan over time with rental style payments, rather than a one off sum. If you are struggling to find labour, then approach the local school, college, prison, young farmers club, Youth Hostel – you never know where it may lead. Another significant issue is research and marketing - DairyNZ and Beef + Lamb NZ are struggling to respond to the myriad of issues facing the industry given their limited resources. Perhaps the industry should be prepared to put its hand further into its pocket to help promote itself to the customer and stem the tide of negative press? Look at the success of A2 milk as an example of this.

Re Bank attitudes.
We have a minimal o/d facility only, no long term debt, but have had no real contact with our bank. Infact I couldn't even remember who our manager is.
Recently we got a relatively generic email that was possibly sent to all sharemilkers/contract milkers and more, wanting quite a bit of info we haven't provided in years. Just looked to me like a "review" of all farm associated accounts. Probably just my natural distrust of corporate motives.

The stock exclusion rules in the freshwater policy document comes to mind as a great challenge. As of today we have not had a drop of rain since December 17. Our local water scheme is under huge pressure and restriction are in place for some. Usually reliable spring water which is reticulated on our farm is running very low and all stock water dams have all but dried up. Today I had to shift half of the farms stock into our main gully to source water in the hope that our six 25000 litre tanks start to build up. I know many farms that rely mainly on stock access to creeks in the summer time. It is often near impossible to take water from these areas to reticulate around. Seems to me a real dearth of farming knowledge in the people who dream up these rules.

Early on but it could be that your last sentence will run out as the understatement of the year. This is a huge problem of overbearing and ignorant bureaucracy for a small country. Not just in the rural sector either, but obviously of greater potential harm when you are dealing with such as livestock and perishable produce. Untested tyros in rooms without windows dreaming up schemes and regulations to justify nothing more than their own career. Very hard to describe and remain polite!

The biggest question is will the disruptive technology namely plant alternatives wipe entire beef,sheep,dairy industries out ,with there exponential growth (ray kurzweil). Nestle the largest food producer in the world,tweeted this week that it had signed to buy plant based meat and dairy alternatives with two Canadian companies.World in big bubble due to QE type policies over several years of many countries,were due for major recession,China already contracting,as well as parts of Europe, NZ wont be immune considering china and Australia are major trading partners,people have forgot 10 to 15 percent interest rates,things will eventually turn and in the words of buffet when it does we will see whose who have been swimming without togs. Average age farmers nz about 58, its 68 japan,with many heading for the easier life of cities.Interesting to note china with trade war last year with US that lean hog futures in states ,went from 92 down to about 62 ,while spot price for pork in china went from about 15 up to 27,I suspect the recent trade deal will have changed that.Also heard this week some companies carting sheep skins to land fill and paying to dump them.Interesting times