Does crossbred sheep wool have a future? Nothing in Guy Trafford’s crystal ball offers much hope. At the moment it is a matter of limiting the losses

Does crossbred sheep wool have a future? Nothing in Guy Trafford’s crystal ball offers much hope. At the moment it is a matter of limiting the losses 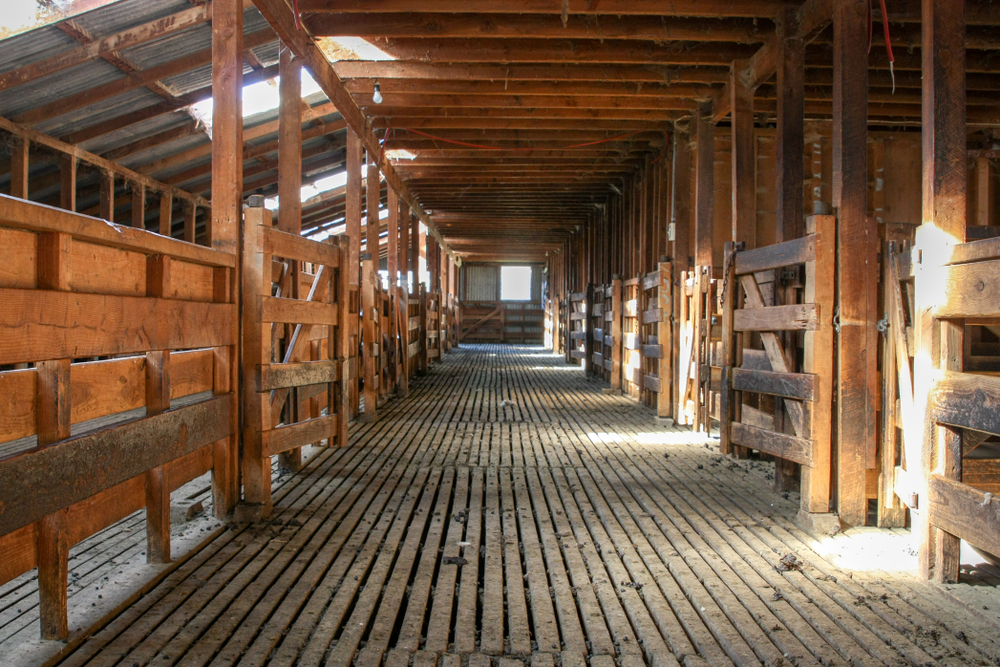 The start of 2020 has not seen any improvement for wool prices. Last year saw a strengthening of the finer end of the market and the 31-34 micron range of crossbred wool obtained some benefit from that getting up to an average of $5.50 back in October.

However, it too has now succumbed to the dilemma of the coarser crossbred wools (35 -40microns) and is now sitting at $3.56 clean.

For the coarser end we have to go back to July 2017 to find similar prices to what the benchmark average is now of $2.76 and a long way away from the $6 being achieved ten years ago.

It is worth remembering these prices are for ‘clean’ wool, that is, the grease etc. stripped out. Having just completed our summer shearing it has brought home to me just how poor the economics of wool is. I can recall my late mother recounting my grandfathers story of selling wool in the depression and after paying for shearers etc. and sending it to the Bradford wool selling centre in the UK receiving six pence (5 cents today) for the privilege. Many growers today (self-included) would be happy to receive the equivalent return today.

At the moment there is still quite a gap between returns and costs and unfortunately in favour of costs. I don’t think anybody is criticising the shearers and wool handlers for what they receive. They are getting paid well, in my view, but it is a difficult job and there is a lack of young folk joining the industry so if ‘we’ want the job done and retain what shearers we have, then we need to be prepared to pay for it.

The problem with wool economics is the lack of money coming back to the farmer. Sheep farmers generally have had a passion for wool and treasured the status it once had. However it appears the days of wool being able to contribute meaningfully to the farms bottom line is well behind us and now it is a matter of making the most of a poor deal. This means reducing the sorting of wool thereby reducing the numbers of wool handlers required. This will also reduce the satisfaction the wool handlers must get from their job knowing that they are simply ‘shovelling wool’ rather than trying to add value to the commodity.

Timing of shearing is now done to suit the benefit of animal and work management rather than shearing for the sake of harvesting wool at its best time.

Given the technological gains and price benefits made with other wool like products, synthetic and natural, the chances of crossbred wool making a comeback looks highly unlikely. Just lately lambs wool which normally falls into the fine wool status and prices that can at least arouse some interest has now it appears also been infected by wools demise with the benchmark price falling below $5 per kilogram.

The trade war between China and the US while not helping the situation creating uncertainty in China where much of the wool manufacturing takes plus they are running down inventories, is not the fundamental problem. Wool carpets, where most crossbred wools have traditionally ended up seem to be very price sensitive and even at the low prices wool carries, other products can create carpets which are easier to produce and capture most of the benefits wool has, plus more, and all at a cheaper price. Manufacturers seem to have no problem in seeing the industry disappear as the wool price makes up a relatively small margin of the final product price. However, it appears to be enough to warrant buyers see it go.

World production is generally trending down as sheep numbers reduce. The Australian drought is having a marked influence on Merino wool production which is helping keep that market up, but is a minor influence on the crossbred wools.

The question going into the future is, does coarse wool have any sort of a future and if it does what that looks like? It doesn’t appear to be in carpet, at least not in the volumes required to support an industry.

I have heard geneticist say that any sheep can produce any type of wool with a bit of ‘manipulation’ and weather permitting. However, nothing seems to be forth-coming fast enough to arrest the continuing decline. For sheep farmers the redeeming factor is the good prices being achieved by the meat products. It seems somewhat ironic given the negative publicity meat has been getting and the positive story that can be achieved around wool, especially when compared to some of the competing synthetic products.

Like many people but obviously too few I love wool products. Really we can only place hope in your very last sentence.
It probably doesn't return enough and goes along with that last sentence but wool insulation in buildings is a no brainier compared with the horrid stuff that is current used.

In 1998 Reid Farmers agent delivered me my wool price with the comment that each sheep earned me enough for " a jug of beer and a pie". I replied that that was OK as I had more than 365 sheep, so could afford a jug and a pie every day. A nephew has just paid his shearers $65,000 with his $62,000 wool cheque, so I guess that it is they who can now afford the beer and the pies.

NZ owes much to it’s meat and wool industry. It went home to the UK. The frozen mutton and lamb fed protein to the working masses, hoi polloi, if you like, 365 days a year. The wool largely uniformed the armed forces as well as those of the continent. Great set up. Many at the market end, for instance, Weddell, Borthwicks, Swifts, Dalgety, CWS, Nelson’s were domiciled in NZ too. Both ends of the stick so to speak. In the early 1960s it was said one bale of fine wool was worth a new Jaguar. Someone like to correct that?

i was told that in the 50's our wool check was the equivalent of 3 million $ in today's money.

Personally I dont think shearers are paid enough. I use to get circa $4.75 per cow for AI, at the same time a shearer was lucky to get $2.00
I know what was a lot easier work and it was at the end of a cow.
Admittedly I never once ever got a cup of tea and a mutton sammy on the job.
But the current payment of $3.00 per sheep still seems a bit light.
Its weird though cos I dont believe AI techs are being paid any more today. And actually I was getting $5.00 one year, and it got dropped back to $4.50 when the payout went down to $4.
Not too sure what the price of milk or wool has to do with what you pay your contractor. Dont see the plumber charging less.

In regards to your last sentence Belle - what the milk price is, in regards to AI, determines if you use the service or not, AI it isn't essential.

No its not but usually its a lot cheaper than running bulls. They eat a lot. They destroy lot. Including each other. Genetically most arent much cop. But please I dont want to argue any of these points. I do appreciate the wisdom of using the real thing for some.

You could also argue a plumber isnt essential. I would tender the opinion. Just an opinion. Most farmers would do better water reticulation repairs than a lot of plumbers. For a start, farmers use much better gear. Compare any farm fitting....say a Hansen whatever, comparing that to what went into my new kitchen 5 years ago and it just made me furious. Problems ever since.

Wiltshires are going to get popular, we have been a long time giving up on wool. It's not just the low wool price it's the fly, the dags and all the other hassles.

The Romney then? Stalwart of NZ sheep farmers. A bob each way. Good meat yields and the wool around average value. Market demand not so good for the latter nowadays though.

Hmm yes Wilties. I know someone putting a lot of money into them. Tough on your knees though.