Allan Barber reports on the impressive financial turnaround by Japanese-owned ANZCO over the past year, based on both internal restructuring and favourable markets

Allan Barber reports on the impressive financial turnaround by Japanese-owned ANZCO over the past year, based on both internal restructuring and favourable markets 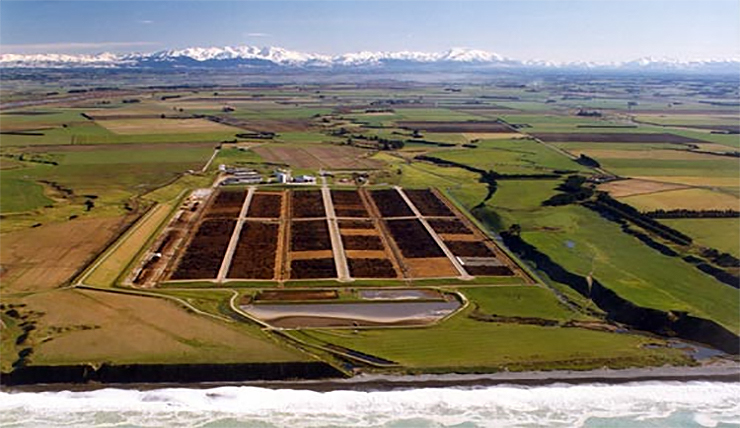 It is also the third highest profit the company has achieved and its best for 16 years, signalling the benefit of the restructuring programme carried out over the last 18 months which has simplified the business and made it more efficient across the entire operation.

Replying to a question about the relative importance of a favourable market and trading environment as against these internal improvements, CEO Peter Conley accepts the market conditions certainly helped, but is adamant the main benefit came from the changes to the business.

Comparable meat industry results on the same basis show Silver Fern Farms achieved a pre-tax profit of $89.6 million on sales of $2.6 billion for the 2019 calendar year, while Alliance’s profit was $20.6 million on the same $1.7 billion turnover as ANZCO. These three performances, highly profitable by meat industry standards, illustrate the importance of taking advantage of a year when livestock supply and favourable market pricing are not overwhelmed by cutthroat procurement competition.

It would be unduly optimistic to expect a repeat during the challenging 2020 season, but I imagine the companies would be reasonably happy if they only did half as well as last year. Conley says the current year has been tougher right from the start, with Lunar New Year hitting sales in January, closely followed by the Covid-19 pandemic. He Is confident the company has maintained momentum from the business improvements which will continue to be reflected in the annual performance, but inevitably market conditions will not match 2019.

ANZCO’s efficiency gains came from a simplified and less expensive business structure including closure of overseas offices and sale of non-core assets, plant automation, a new sales and operations planning system enabling better decision making, reduced inventory levels, shipping and storage costs. The successful implementation of these changes is clearly illustrated by an increase of $120 million in receipts from customers and a reduction of $39 million in operating expenses, including livestock procurement and employee costs, from the previous year. This enabled positive cashflow of $140.6 million compared with negative $20 million in 2018.

In the media release announcing the annual result, Conley states the company “made record payments to farmers for the second year in a row ensuring the benefits of higher market prices have been shared across the value chain…. ANZCO Foods has consistently paid higher prices when benchmarked with the wider industry.” The fact this was possible in 2019, while producing a massively better result in striking contrast to the previous year’s record loss, demonstrates an impressive turnaround in efficiency as well as the company’s ability to control the livestock procurement function.

Conley attributes much of this improvement to the adoption of the Sales and Operations Planning system which matches customer orders and product specifications to inform livestock procurement and production planning, thus reducing inventory levels and wastage. GM Sales and Marketing, Rick Walker, says this system provides much better market signals, taking advantage of ANZCO’s in market resources and close customer relationships in key markets, including Japan, China, Germany, UK and USA.

2019 also saw significant growth in ANZCO’s added value business which already represented 10% of turnover in the previous trading period. The Primary Growth Partnership FoodPlus initiative, completed during the year, produced two successful developments, notably the Bovogen blood product business and healthcare products. Other profitable added value units are the beef jerky plant and the beef patty production plant, although these have been severely disrupted by food service restrictions during the Covid-19 lockdown.

In response to questions about ANZCO’s equity ratio and the size of its balance sheet, relative to its competitors, Conley said he was keen to see further improvements in debt collection and inventory levels, although these were certainly better than 2018, and would be looking for a continued increase in the positive cashflow trend. CFO Paul Loke made the point ANZCO owned greater land and biological assets than other meat companies with its investment in Five Star Feedlots and store cattle which was a key aspect of the company’s strategy. It should also be noted the equity ratio rose from 23% to 25% in 2019 and interest bearing debt of $382 million was current and guaranteed by the parent company, Itoham Yonekyu Holdings, the ninth largest global meat company which remains very supportive of the business.

ANZCO takes pride in its commitment to invest in the international market and value added initiatives which it sees as a clear differentiator from its competitors. The strength and commitment of its Japanese owner means it can take a longer term view of its business activities and method of operation to the advantage of its customers, staff and suppliers. The 2019 result confirmed it is moving in the right direction.

Another example of human profiteering from animal suffering and environmental spoiling.

What a blight we are.

Whether the recent changes to the NPS Freshwater will change this - I don't think so.

“an idyllic, stress-free environment”, where cattle are “refreshed by breezes off the Pacific Ocean”

“This immuno-compromised cow then lives shoulder-to-shoulder in its own shit until the day it dies.”

Excellent news. A pity about the market for mutton and lamb.

Salient point Wwh, very salient. The sheep meat industry continues to contract and returns for wool and similar by products hardly worth thinking about. And yes it is a pity chilled NZ lamb is an excellent product that has been safely developed to an optimum shelf life. Overheads of producing and processing not easy to contain when the basic unit is relatively small and only yields 10 - 20% for prime retail or H & R cuts.

Why does it always take overseas ownership to finally get our vertical marketing right? I'm not so sure we're as clever as we think we are? We can see that in our politics pretty clearly.

Does ANZCO have to pay the tariffs a 100% NZ owned company does, to get meat in to Japan, or because it is a Japanese company exporting to Japan, it is exempt? And the same question for Chinese owned Silver Fern Farms and the Chinese market?

So an overseas bit of s**t filled land makes some money. I wish it didn't and folded and this sort of blight on our country was removed.

I find Anzco a great company. Pay promptly and well. Good to hear they are doing well.

No. Typically I didnt read the article all the way through. And yes I had forgotten about Fivestar. I just get so tired of the vege brigade I immediately bristled. I havnt seen Fivestars' operation, I dont know if it is good or bad. What do you know about it?

Only what I see in that picture really. It seems very similar to feedlots overseas, with all their attendant problems.

OMblardyG, 'it seems very similar in the picture really'. Wot can I say.

Feedlots in NZ...almost as scandelous as workforce abuses in kiwifruit sector...100% pure....um yeah?

@Davo36 & 4th estate. The usual rant from both of you with absolutely no clue what you are talking about! Your comments add nothing to the discussion. Pathetic!

Thank you for your highly intellectual contribution DD62, for your benefit...intensive agriculture and its attendant negative impacts are utterly contradictive of the claims to 100% Pure NZ. Get the picture?

Without doubt there is nobody as intellectual posting on Interest as you! Lol! The picture I get is your posts sound like a Green Party/Greenpiece political broadcast. Have you ever stepped foot on a farm? Ever been to a feedlot? Just more emotive rubbish from you. Basically yo are full of S--T!

I have been to the feedlot. Im pretty sure the cattle there are not complaining. All this talk of animal cruelty does my head in. As a farmer we pride ourselves on good animal welfare. That is how we make money. Happy and healthy animals make money. And yes, money is important. That is part of why we do it, and also because we enjoy farming animals.
People who are against what we do ( farming of animals) are free to have thier views. Dont buy our products , if that makes you happier. All I would ask is that you respect peoples choices. It is a free world. I enjoy meat. So what? Vegetarians are fine by me. That is thier choice.

Forcing your strong opinions on others is not ok. Healthy debate is fine. The most critical element that is missed when forcing your own opinion down someones throat is that it lacks a balanced approach. Emotion is ruling your thoughts and actions.

Grow up farm haters. Contribute to society in a positive manner.