Allan Barber reports on two weeks touring the upper part of the South Island, observing a new normal a lot like the old one, but with farmers fearful of new regulation and handicapped by a lack of workers

Allan Barber reports on two weeks touring the upper part of the South Island, observing a new normal a lot like the old one, but with farmers fearful of new regulation and handicapped by a lack of workers 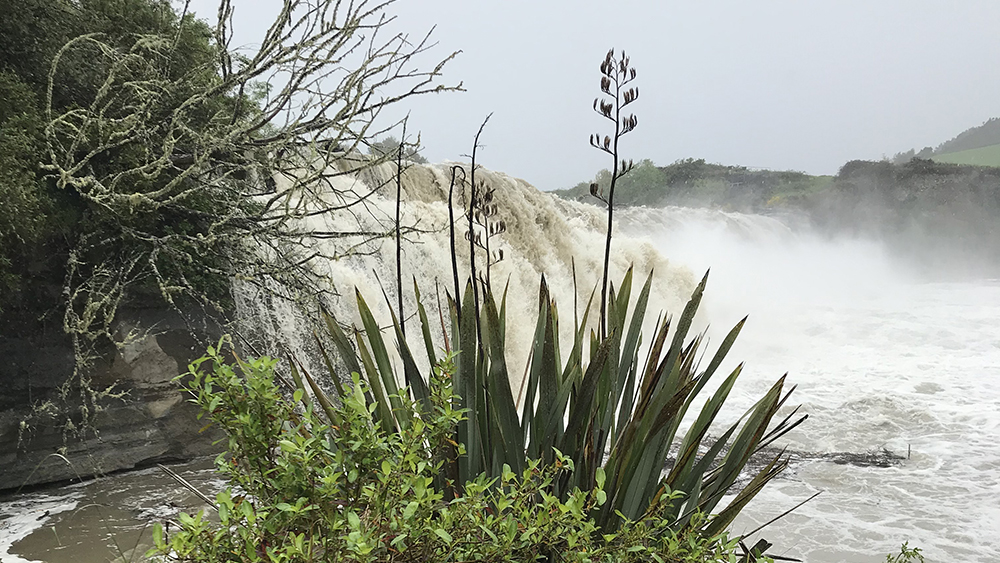 Four of us spent the last two weeks of October touring the top half of the South Island with a couple of nights in Wellington at the beginning and, while it was wonderful to be on holiday in a beautiful part of the country, the sheer normality of everything was almost surreal.

The election was done and dusted, there were no cliff hanger negotiations happening, the country was back in Level 1 unlike most of the rest of the world and, best of all, there was no sense of compulsion to watch the news, listen to the radio or read the papers. As we moved into some decent spring weather, to paraphrase PG Wodehouse, the sun was in his heavens, birds were singing and all was right with the world.

We stayed in a delightful cottage outside Blenheim, looked at some superb gardens which were busy preparing for the Marlborough Flower Festival, tasted wine (preferably not Sauvignon Blanc) at boutique wineries and visited the Omaka Aviation Heritage Centre. Marlborough farmland, especially along the Waiau and Awatere Valleys, has become home to a monoculture of vines apart from the less suitable extremities of the province. Although the demand for Sauvignon Blanc continues unabated and New Zealand represents a fraction of global wine production, such dependence on a single variety makes me uneasy about the rate of planting which keeps stretching further south and west of Blenheim.

We headed south next to Kaikoura where, on the very professional Whale Watch cruise, we saw families of Orcas, dolphins and the two largest species of albatross taking off from the water. After that we stopped in Waipara, where we lunched at Black Estate and stayed at a vineyard, before heading north via Hanmer Springs to Motueka and the Abel Tasman.

The last time Vanessa and I had driven through the Lewis Pass snow forced us to stop and put chains on, but this time we drove through very rainy beech forests before stopping to see the Maruia Falls in flood after nearly two days of solid rain. (Normal is here.) The drive north to Motueka was an eye opener for me, never having taken that particular road before. On the flats beside the Maruia River there were lots of paddocks full of ewes and lambs, almost making me wonder whether the decline in sheep numbers was true. From Tapawera northwards hectares of hops and fruit trees took over from pastoral farming.

After the dry hills round Blenheim, admittedly before recent rain which may have greened them up, the Tasman district looked in fantastic shape. The only negative on the horizon appeared to be the uncertainty about where the fruit pickers would emerge from to pick the apple and pear harvest or who would be available to perform all the necessary tasks in the orchards and vineyards. I spoke to one vineyard owner who had less than half the normal workforce to prune the vines with the inevitable impact on time and workload. Access to contractors and essential machinery will pose an even bigger threat at harvest time.

Before finishing our holiday in Nelson, we spent two nights at Awaroa Lodge, accessible only by water shuttle from Kaiteriteri, where there is a sense of remoteness and total peace. But in this pandemic restricted world it was a bit confusing to hear American accents and French speakers around us, while the waiters and bar staff included Australians and Irish. Having been accompanied on the Whale Watch cruise by several Chinese, it was tempting to imagine the world was back to normal, although there were no large groups, only small groups in cars.

Nelson itself was buzzing with no indication of coronavirus, apart from dutifully recording visits on the Covid tracer app, or the recession we are supposed to be in. The atmosphere on the streets, at the market and in the cafes and restaurants was uniformly cheerful and positive, reflecting everything we experienced elsewhere on our trip. The mood was definitely more upbeat than in June when we toured the East Cape and Gisborne, although the country had only recently come out of lockdown at that stage and the mood was still somewhat nervous.

Now the sense of everyday life having returned to near normal reinforced by a number of apparently overseas tourists and the sudden absence of political noise after the election, all combined to create a strange impression of the country being in limbo. Compared to the concerns among our trading partners, particularly the United States, UK and Europe, New Zealand is an oasis of calm. Now the government has achieved agreement from the Greens to cooperate on matters of confidence in return for two ministerial posts, the new cabinet can be announced and Labour can get on with governing the country after a period of inaction. Political noise will increase and the hiatus in new regulation will come to an end.

I suspect I will soon look back on the two weeks of holiday in New Zealand with limited exposure to the media and no election to worry about as a unique moment in time, unlikely to be repeated for another three years. It is now a case of hoping the government can show tolerance and understanding towards both hospitality and agricultural sectors, as they cope with increasing regulation and try to find enough workers to perform essential tasks.