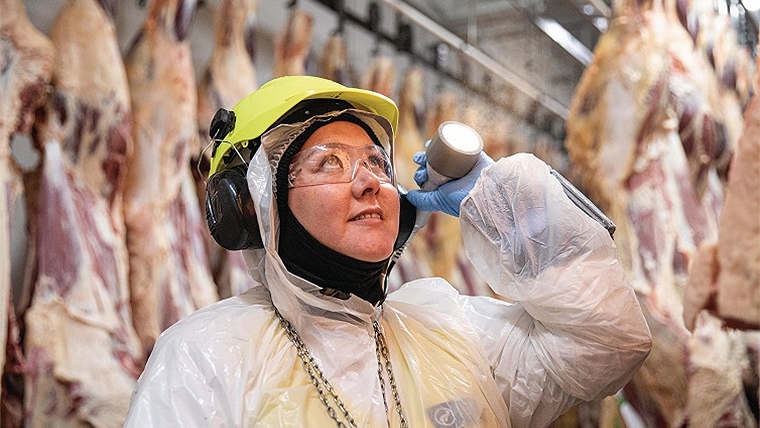 For many years the grading of cattle, lambs and mutton was a regulatory standard which all meat processors used as the sole means of identifying what each animal was worth. Livestock payments were, and to a great extent still are, determined according to the weekly schedule for the grade of each individual livestock unit according to the classification system. When the government of the day decided grading was no longer a regulatory requirement, the NZ Meat Classification Authority was established and administered jointly by the Meat Board and Meat Industry Association.

Around 2008 the industry agreed grading should be a commercial or competitive attribute and the MCA was disbanded, with the result meat companies would pay suppliers for livestock which met the eating quality or breed specifications demanded by their customers. Since carcase classification became a purely commercial function, the old MCA grading standards have largely continued as the base which everyone understands with individual companies offering incentives for designated additional attributes.

Although Alliance and Silver Fern Farms offer specific lamb breed supply programmes, the MCA lamb classification remains the industry standard with minimal variation, but there are significant additional rewards available for prime beef based on factors valued in other markets, notably Australia, Japan and USA.

In the late 1980s, early 1990s and again in the early years of the new century procurement competition was so fierce, the only attribute that counted was numbers of livestock with quality far behind. Premiums for supply commitment and a price for all weights and grades became the norm which was no way to run a sector that purported to feed the world’s richest, highest value consumers.

Although some exporters may claim to have supplied to specific market requirements earlier, ANZCO in the early 90s was the first beef exporter to develop a differentiated high quality beef programme to customer specifications. Its major shareholder, Itoham Foods, required regular supplies of marbled beef for the Japanese market and to satisfy this demand volumes of Angus weaners or yearlings were bought and grain fed for a set period on the Five Star Feedlot near Ashburton. The Japanese grading system specifies marbling, meat colour and texture, fat colour and yield.

ANZCO’s GM Sales and Marketing, Rick Walker, says the feedlot is a completely different business model from traditional livestock procurement, processing and marketing, because the company has control of the livestock through the feeding process. However, if another customer requires specific grading characteristics, ANZCO will procure and pay extra for stock to meet those specifications. But unless the customer is willing to pay a hefty premium or buy the whole animal, the economics usually won’t work because the proportion of the carcase in the high paying cuts is less than 10%.

SFF has taken a very different approach over the last 10 years or so with the development of its Eating Quality or Reserve Beef programme which is not breed specific, but rewards shareholder suppliers for achieving a series of quality attributes over a 12 month period. The attributes include weights and grades, meat colour, fat colour, ossification and marbling which, if achieved, can deliver a premium of up to 25c per kg. Some suppliers achieve a 90% hit rate and around a third of all prime cattle meet the standards.

As well as EQ, SFF offers an Angus programme for which cattle must be a minimum 75% Angus and can earn an additional 15c, while the 100% programme offers a further 10c for whole of life grassfed cattle, free of GMO, growth promotants and antibiotics. If a supplier meets all these standards across the three programmes, suppliers can earn 50c per kg or around an extra $150 per carcase.

Not all companies are convinced the market is ready to pay a regular premium for these attributes and consequently may not be willing to invest in such a complex matrix of grading standards. It is highly likely only a company that commits totally to the quality reward concept will actually succeed in developing consistently high value programmes in sufficient quantity. It is an expensive game which is not worth playing unless the company has its customers and suppliers matched.

Tim Brittain, Chairman of Angus Pure, says it would be preferable to have a common system across all processors, although this is unlikely when one looks at the way the grading system has evolved from regulation to prescription to individual choice. He expresses some frustration on Angus breeders’ part at the difficulty of accessing programmes which reward quality, although they are possibly not talking to the right processor for their needs or conversely cannot meet the exacting supply conditions. My own recollection of discussions with Angus breeders in the early 90s is the difficulty of gaining commitment to a sufficiently regular supply pattern which is still an essential component of any value added programme.

Brittain also maintains B+LNZ would do better if it developed proper beef grading standards for Taste Pure Nature. However, knowing the difficulty of getting processors on board with TPN in the first place, I imagine B+LNZ would be very wary of trying to reimpose any technical standards over and above those relating to the marketing driven characteristics of grass fed and naturally raised red meat.

On balance it appears meat companies are doing a pretty good job of satisfying customer demands and rewarding their suppliers. As always, it’s up to the supplier to look for the processor which can best meet his or her needs. Nothing has fundamentally changed in the relationship between buyer and seller.

This is a thoughtful column. The 4th para though, could have acknowledged that those misguided industry tenets were entrenched, long before. Mr Barber himself, I suspect, will have struggled much, with the overriding strength of the “engineers” in the industry, demanding, fists on the table, that there is nothing more important than throughput. That hard based philosophy was sewn in by the economics of the supply to the “homeland” where the hoi polloi could thus be sustained with protein, frozen tough, including offals, but reasonably safe. It was all about volume, a guaranteed market, farmers at one end, those in real need at the other and assembly lines of meat product connecting the two. that is why, if you look at it, most companies at the time were captioned, quite candidly, as freezing companies, refrigerated companies. In other words “processing “companies not “producing”companies. As old long tack, of Hawkes Bay fame, some time ago, exclaimed you are only worth what you produce. There it is.